Orchids are easily distinguished from other flowers by their bilateral symmetry and (usually) one highly modified petal.

The fairy slipper, which proliferates in May comes in two varieties, eastern and western. The eastern which comes first has (among its features) yellow fake stamens. 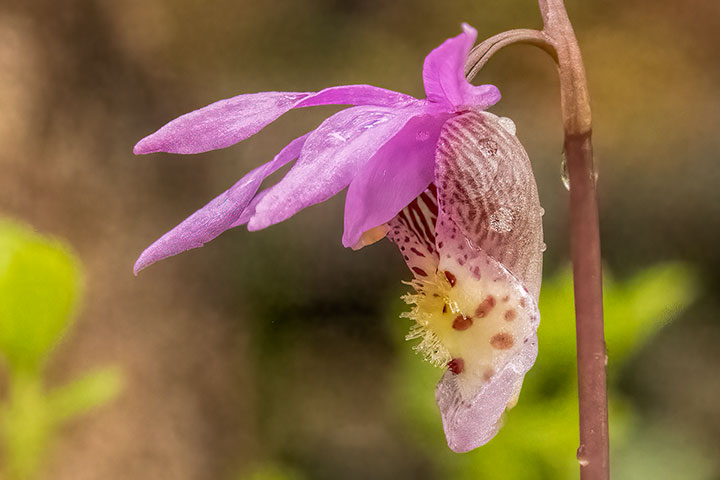 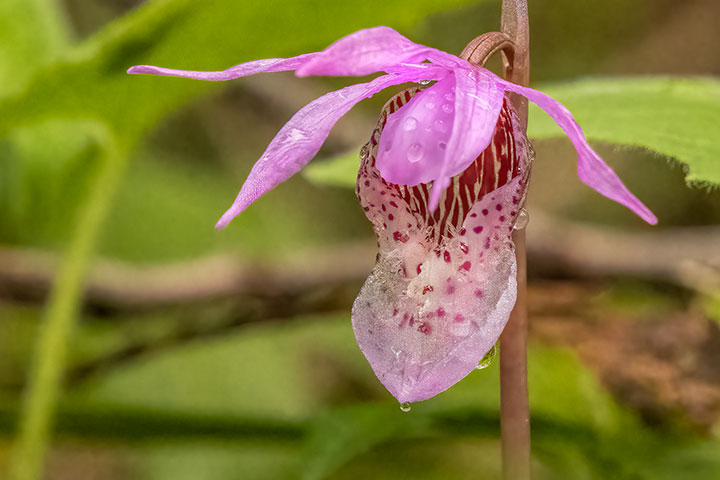 The lady’s slipper is with us at the moment. 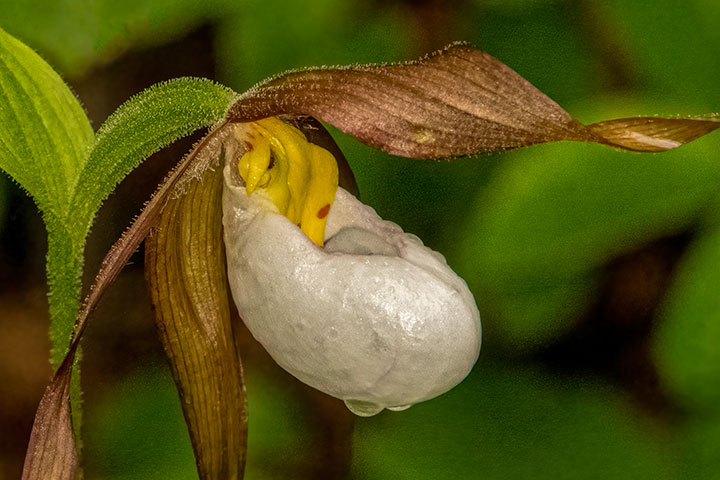