Last year closed with a picture of a visiting bobcat. It was the last time I expected to see it — but yesterday at noon, it was again on my deck at a place that all the little birds hung out as they eat.

As this is a uncommon observation, and the bobcat looks somewhat like an ordinary domestic cat, it is worth examining. I start with the bobcat leaving.

The bobcat is nearly twice as big as a domestic cat, although when seen alone this is more difficult to notice than some its other features. This cat did sit beside a feature on the deck, which was subsequently measured to show its shoulder height was about 36 cm. The more striking feature of the bobcat from behind is its short tail after which it is named: a bob cat. The tip of the tail has black on the top, unlike the lynx with black top and bottom. The ears have black tufts sticking out the top, and white on the ear’s back. 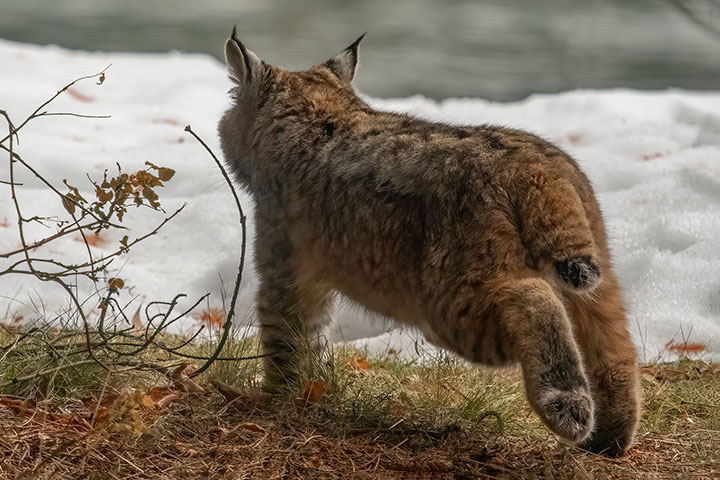 As the bobcat was leaving the deck, it looked up at me. Its ear tufts are readily apparent. 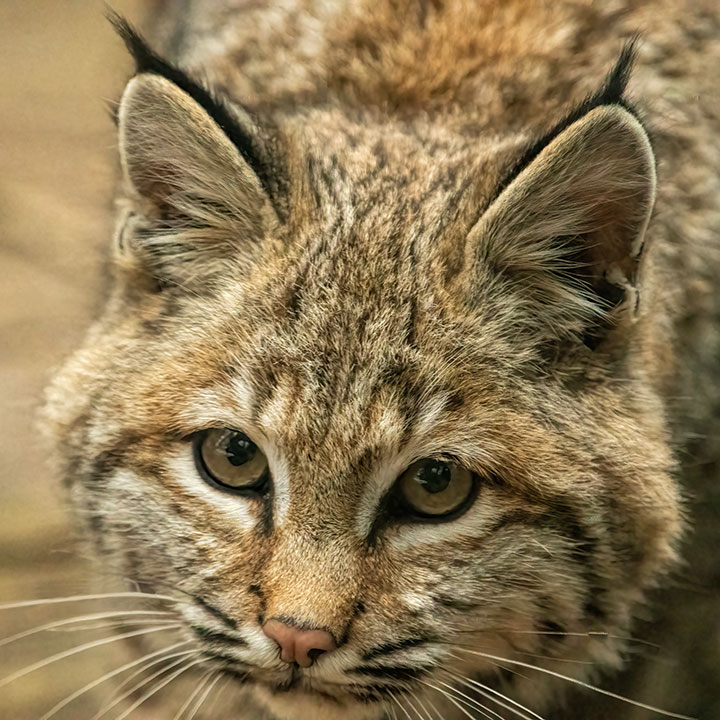 My favourite shot of the bobcat is this one where it was deciding whether to leave the potential feast of little birds. Its black ear tufts and a one white ear spot are visible. Who knows whether I will see it again? 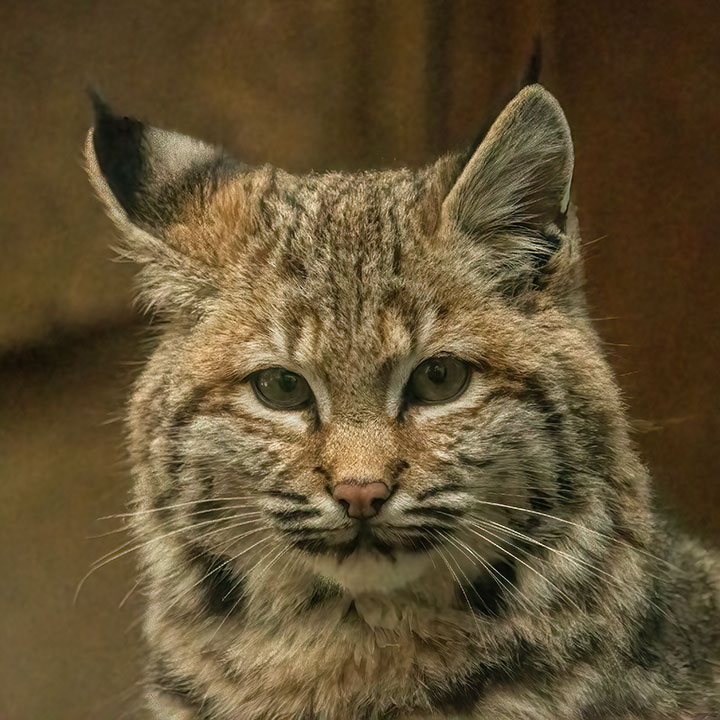