Of late, I have become curious about the curiosity sometimes displayed by young raptors.

When I wander past a perched raptor, it usually bolts to a more distant spot. Now and then the raptor will first regard me from its perch, and then take to the air so as to circle overhead for a closer inspection. This behaviour seems to be more characteristic of young raptors than the older (jaded?) ones. It is as though young raptors are showing curiosity about their new world.

Two pictures from last week that prompted this posting

A young (it has yellow eyes) Red-tailed Hawk regards me with apparent curiosity from its perch. 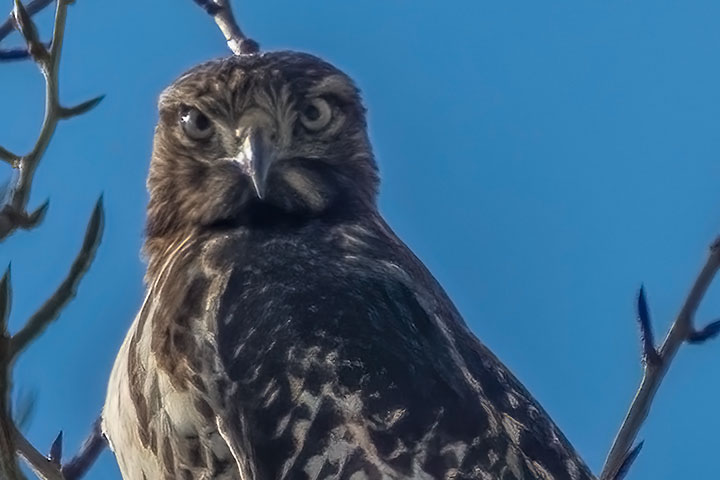 Then, it took the the air, but instead of flying off, it circled overhead to watch for a while. 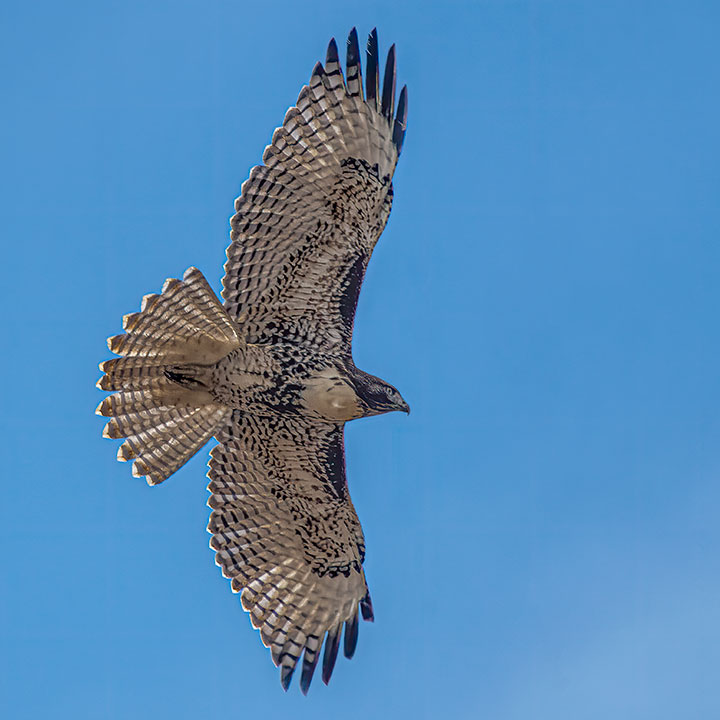 The stare, probably out of curiosity
A component of showing curiosity is the stare. A raptor can stare because it has the predator’s eyes that face forward. (Songbirds and water fowl, which have a prey’s eyes on the side of their heads, cannot stare). However, the stare as an indicator of a bird’s curiosity is a mixed bag: sometimes yes, sometimes no. 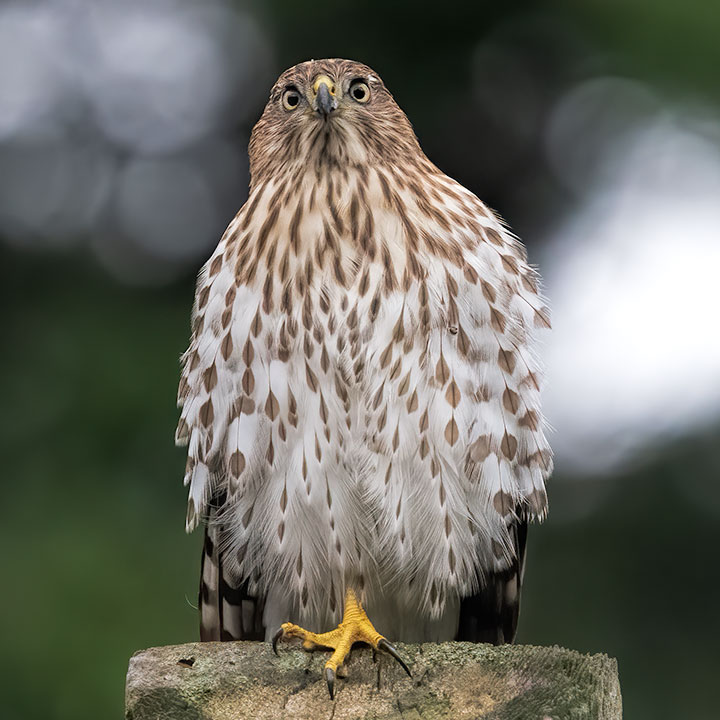 A perched adult Merlin may look somewhat inattentively in one’s direction, but only this Merlin chick (down feathers on crown) seemed willing to stare with curiosity at me. (July 23, 2017) 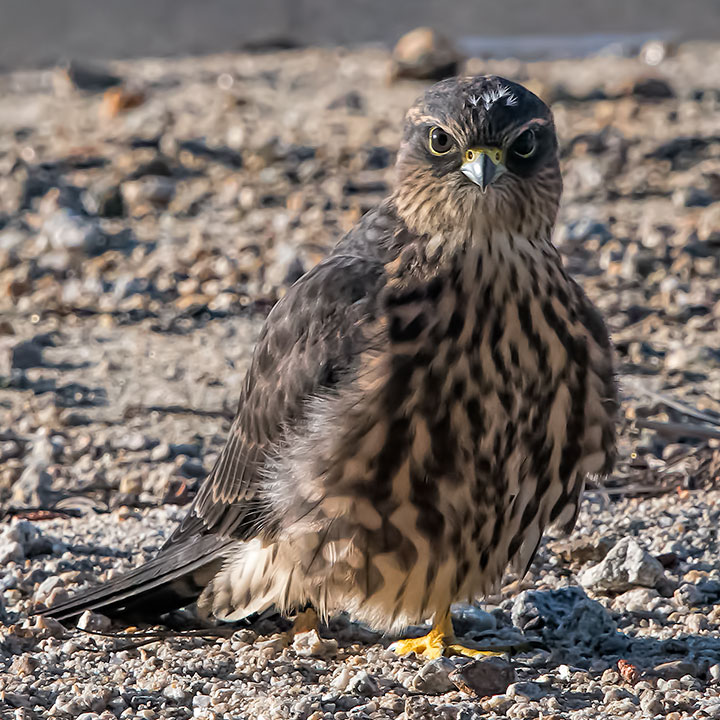 The glance, probably not out of curiosity
Sometimes what appears to be a stare is little more than a glance.

The look of this (probably adult) Pygmy Owl might not result from curiosity, but an attempt to intimidate one into leaving it alone. (Nov. 29, 2016) 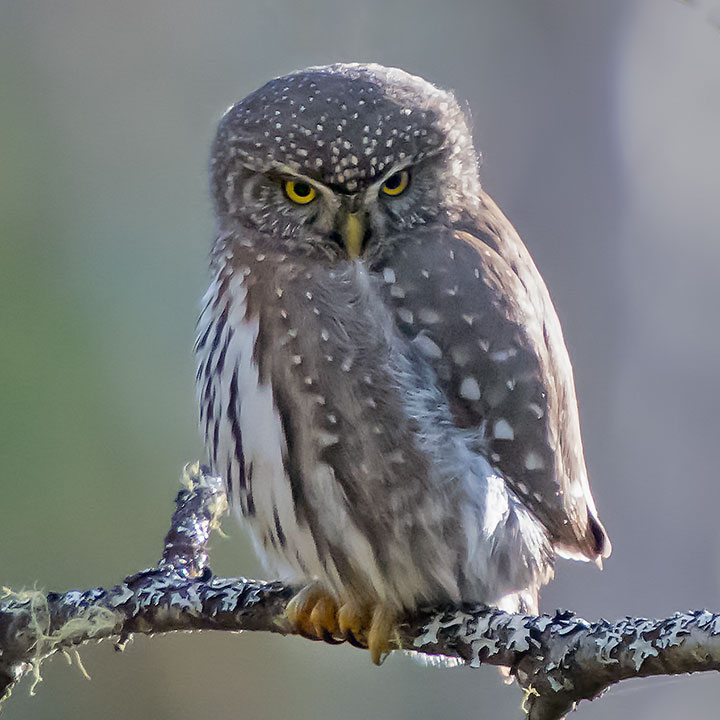 This Turkey Vulture probably lacks curiosity in anything not decomposing. (Sept. 15, 2017) 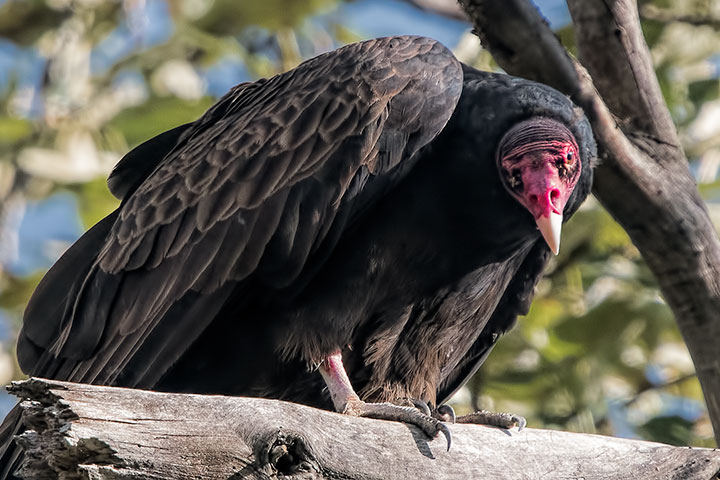 Despite this passing shot of a Great Blue Heron (a predator, but not a raptor), I have never seen one show any curiosity about anything other than its next meal. (Apr. 18, 2014) 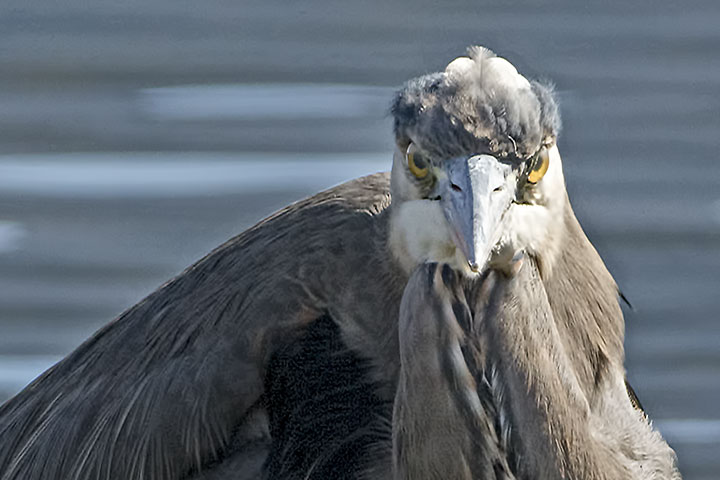 The aerial inspection
I suspect that the best evidence of a young raptor’s curiosity is found in its circling overhead while it tries to make sense of an interloper below. This is what the Red-tailed Hawk was doing. 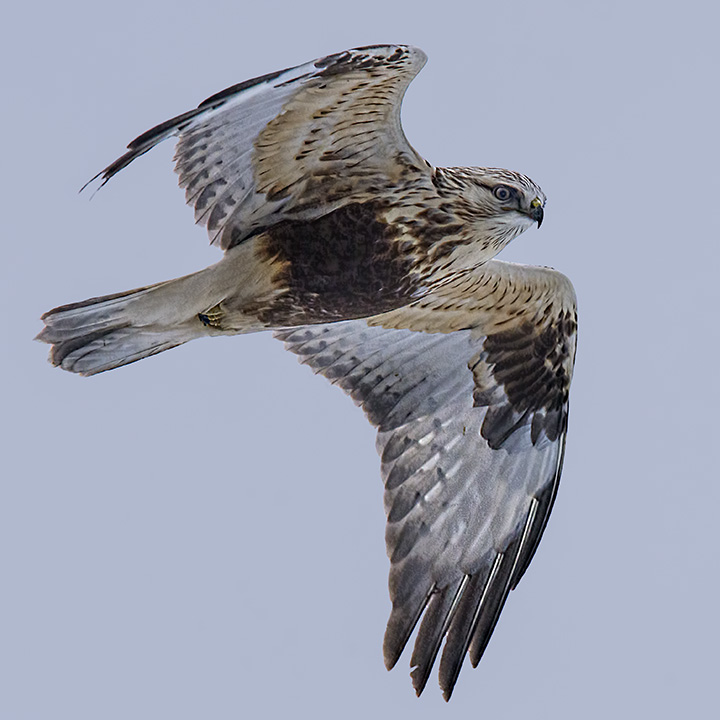 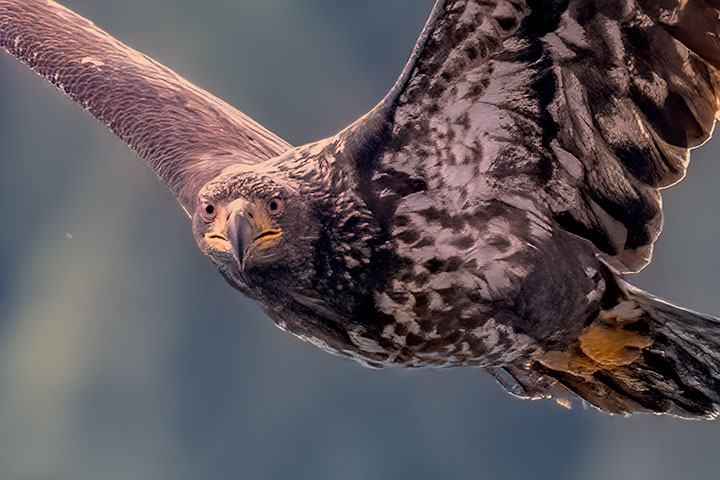 7 Responses to Curiosity of young raptors