It has been a week of modest cold. The average temperature has been perhaps -8 °C. It has been cold enough to produce anchor ice in local creeks.

In the accompanying pictures there is snow; in addition there is ice that has formed in two different ways. The snow is obvious: It is the whitish portions of the picture. The snow is resting on greyish border ice. Furthermore, on the floor of the creek channel there is some greenish anchor ice.

The flow of the water along the creek’s edges is gentle and the water there is stratified. That means that the densest water (T = +4 °C) has sunk to the bottom of the creek, and the least dense water (T = 0 °C) has risen to the surface, which is where the border ice forms. The snow rests upon the border ice.

In the central channel of the creek, the flow is not stratified, but is well mixed by the turbulence. As the temperature drops, it does so uniformly through the depth of the creek and when it reaches 0 °C, ice forms as crystals throughout the water. These ice crystals collide with the stream bottom, stick, and coagulate to produce the anchor ice.

The result is that regions of ice form on both the bottom and top of the stream. 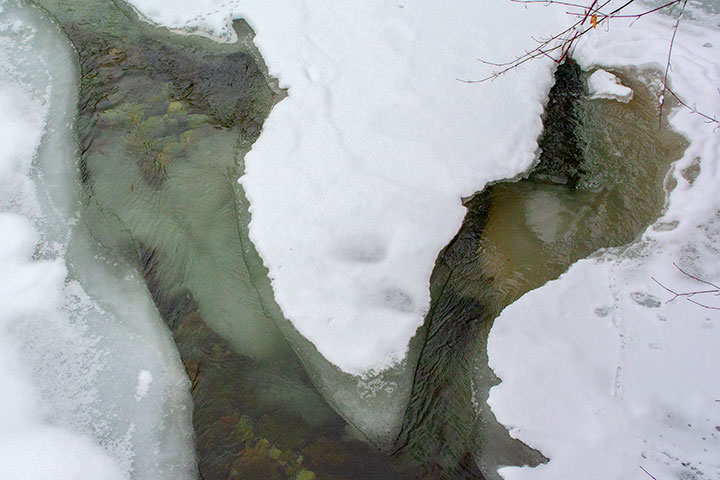 Another view shows anchor ice on the floor of the main channel of the creek. 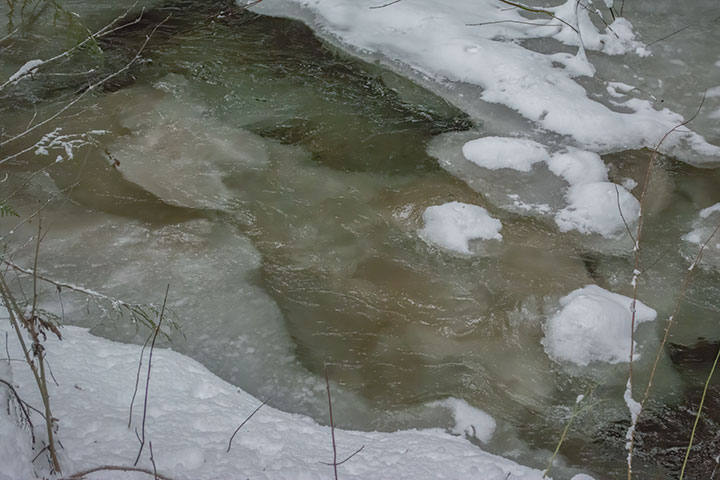 From the dipper’s point of view, the trouble with anchor ice is that it restricts access to the creek floor, a place where it usually finds its food. 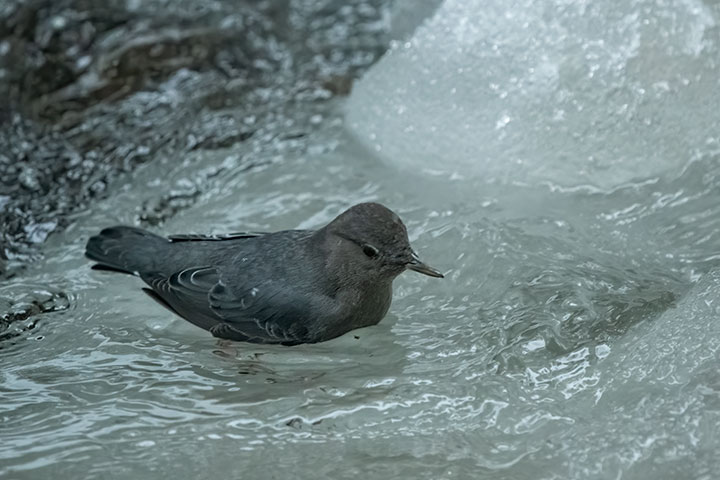