Steam devils in April? This was unexpected. Although not an every-winter occurrence, my experience is that steam devils are seen over the Lake during a bitterly cold outbreak of brisk winds in midwinter. Yet, there they were on a sunny April morning.

Today’s events played out as follows: The night was clear and a cold katabatic wind flowed down a draw, out across a beach, and over the warmer water of the Lake. Once over the water, the low-vapour-pressure moisture in the katabatic wind mixed with the higher-vapour-pressure moisture just over the Lake. The resulting condensation produced small chaotic convective sprites of steam fog. That is usually where the matter rests.

Today however, the shallow katabatic wind flowed offshore at an angle to the beach: It moved faster over the smooth water than over the friction-slowing beach. This added a spin to the air, and that vortex became stretched by the rising convective towers of steam fog. The result was towering steam devils.

Sprites of steam fog are seen rising from the Lake. But, one that was spinning has been stretched by convection into a towering steam devil. 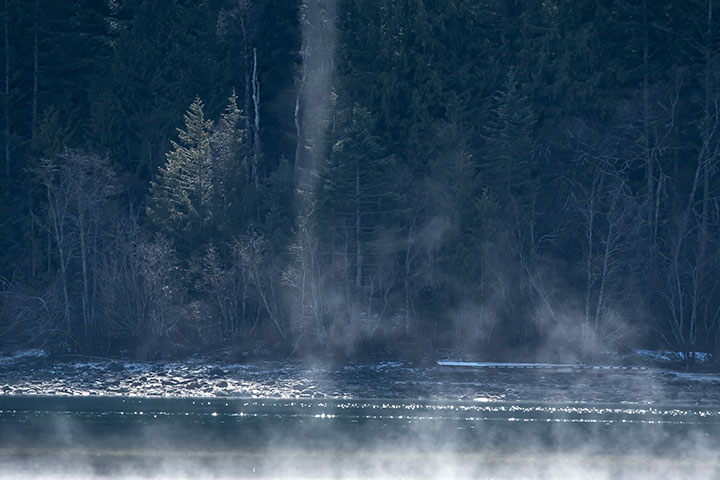 Steam devils are further sculpted by the horizontal wind and so bend and twist. 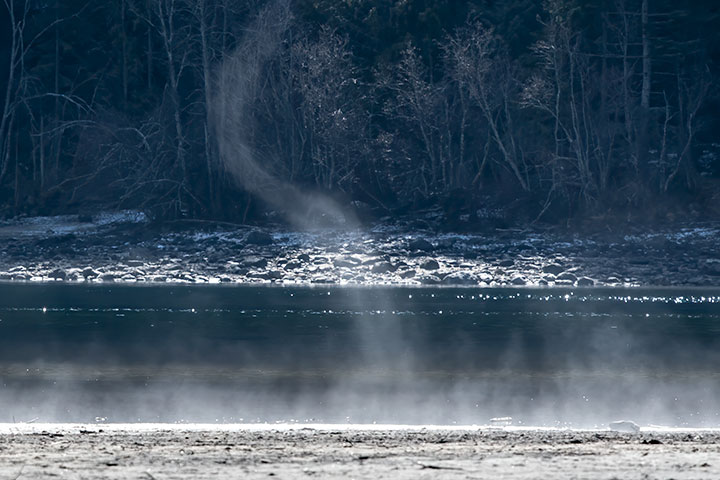 A steam devil can form a dramatic spinning tower of fog. 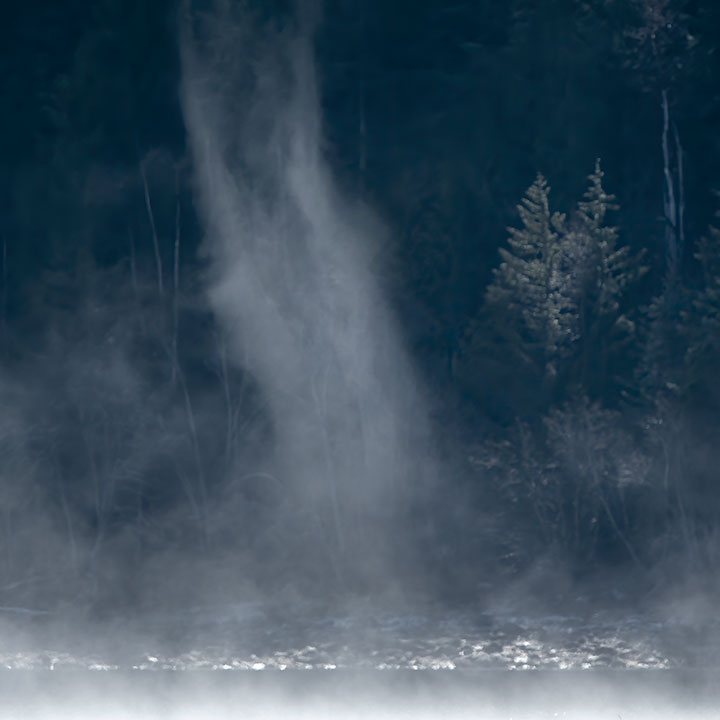 4 Responses to Steam devils in April