Lucy has a new gosling

Lucy was hatched at least a decade ago. She is the only local Canada Goose that is a recognizable individual.

Normally, when we wish to identify an individual animal, we have to mark it with something ranging from a metal band, to an ear tag, or a tracking collar. This is because one individual looks much the same as the next (an exception being the humpback whale which is easily identified as an individual by the markings on the underside of its flukes).

To our eyes, Canada Geese all look alike (with the males being slightly larger than females). Is the goose that visited today, the same one that visited yesterday, or last year? Who can tell?

However, Lucy is leucistic (thus, her name): some of the black feathers on her crown and nape lack pigment. She has been instantly recognizable as an individual since she was first spotted in 2012, already with a mate. Since then she has been seen a number of times along the West Arm, sometimes with chicks.  This morning, she was seen again along with her mate and a new chick.

Canada Geese are monogamous and can live for a couple of dozen years. Lucy may have a few more broods.

Lucy (Goosey) is seen along the lakeshore with her mate and gosling. 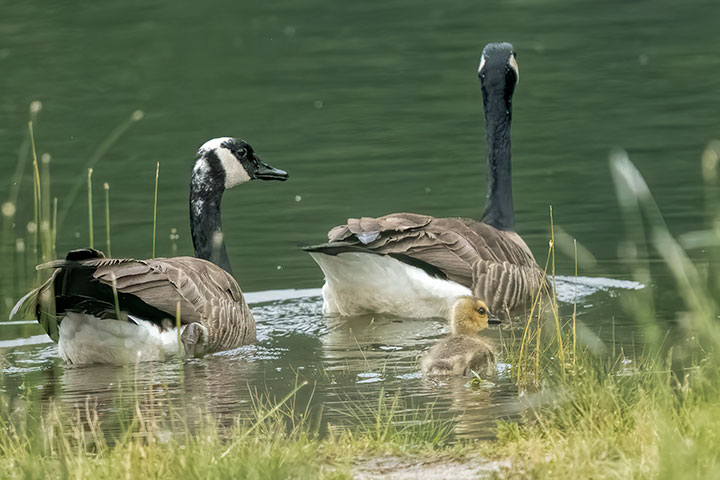 4 Responses to Lucy has a new gosling