Waves form behind a boat travelling on the water. It is the relative motion that counts, not whether it is the boat that is moving or the water that is moving. In a similar manner, the air displaced by flowing over mountains can oscillate up and down in a series of waves.

However, the thing about the upward displacement of air is that often the humidity increase in the lifted air is sufficient to produce cloud. The resulting wave clouds are characteristically rather smooth and lenticular in appearance. This afternoon, I watched as wave clouds hung over the mountains around the Lake.

A feature of wave clouds is their rather uniform drop size. When seen in front of the Sun, these cloud drops give rise to one of the delights of wave clouds: iridescence. 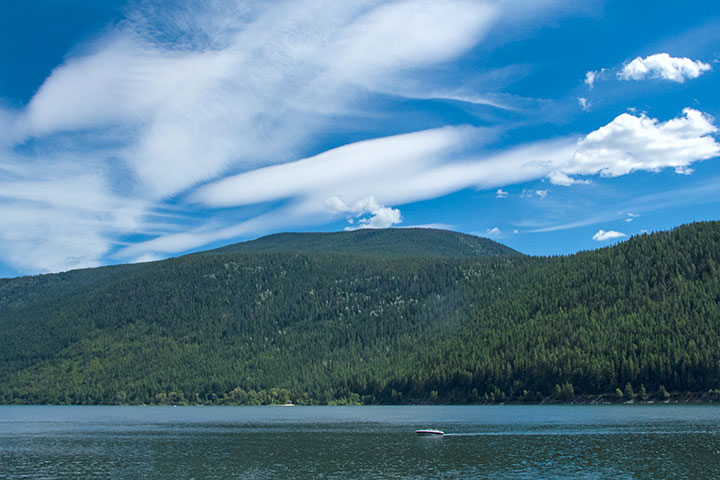 One of the wave clouds that appears in front of the Sun shows the iridescent colours that result from the diffraction of light through uniform cloud drops. 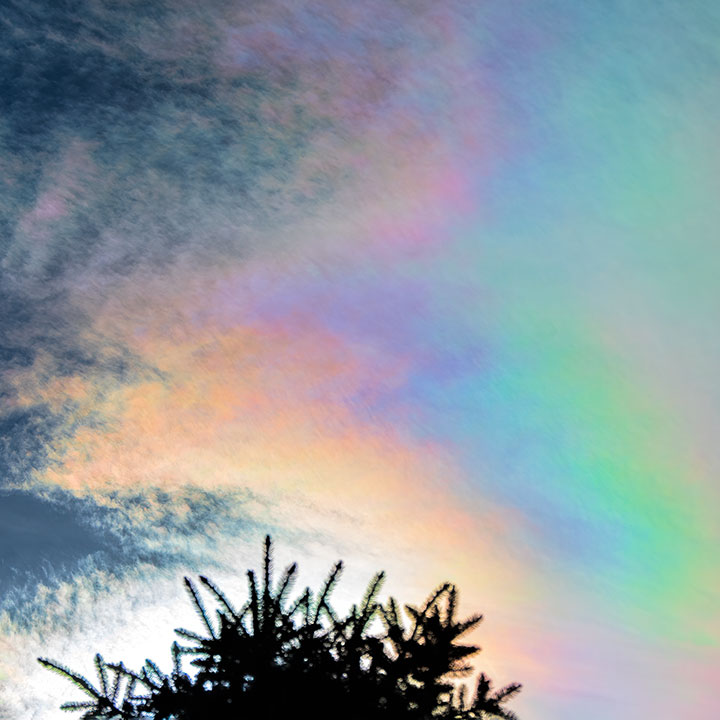