A newly fledged Bald Eagle takes four or five years to become an adult with a dark body and white head and tail. During those first few years, it has a strikingly different look.

Over the last weekend, I visited a river flowing into the Lake that is still replete with spawning Kokanee. It was attracting many hungry Bald Eagles that were perched on the trees along the shore while they watched for fish. Below are shots of two of the young eagles seen.

The fledgling Bald Eagle departs its nest looking dark —  plumage, eyes, bill — all dark. However, there may be flecks of white in the plumage. Further, the cere (fleshy area at the base of the bill), mouth gape, and feet are yellowish. 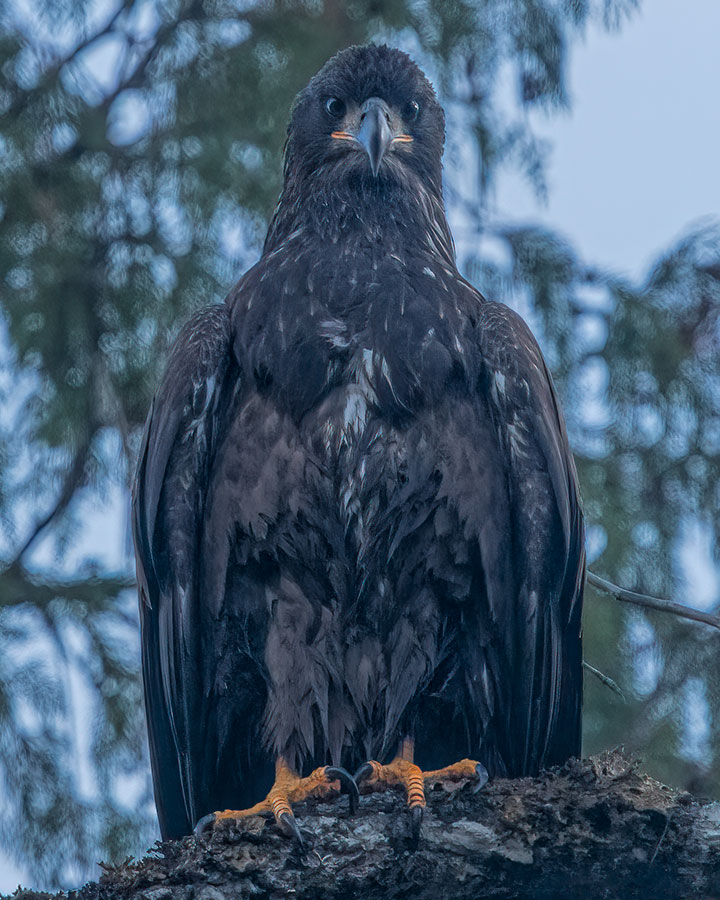 The transition to the look of an adult takes the better part of five years. This bird is probably in its third year. Eyes and bill are now mainly yellow, feet are a brighter yellow, and head and tail are nearly all white, but there is still white on the body and wings. 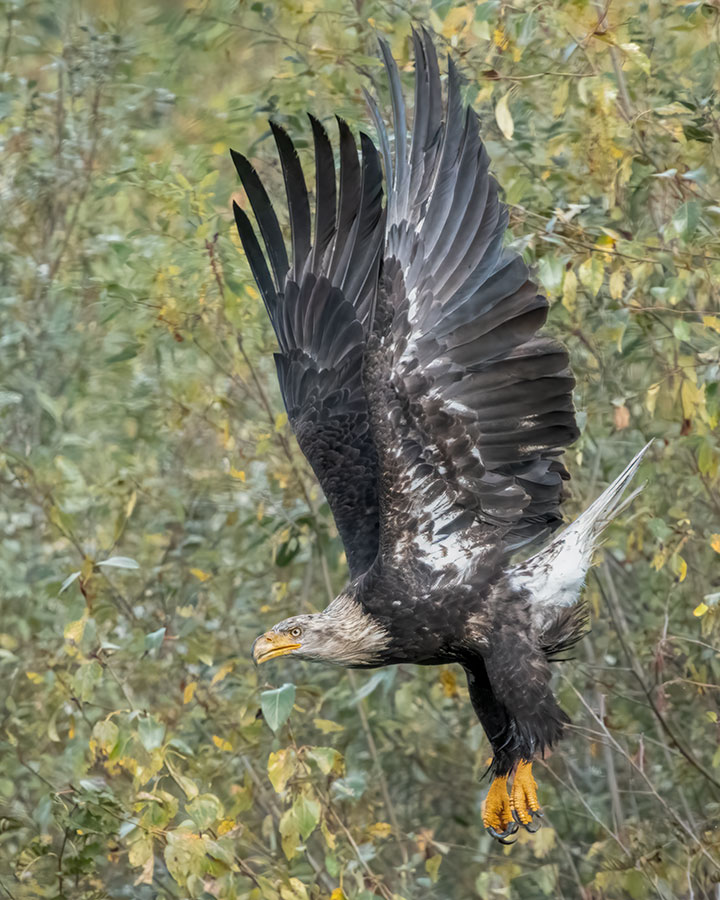