On the surface of it, a title implying that a highway sign can both see and breathe is nonsense. Yet, when it comes to that breath, which is visible as a steam fog, there is a continuum. While the first three pictures were taken earlier, the final one of the road sign was taken yesterday.

On particularly cold mornings, people often can see their breath. That only means that in the moist air being exhaled, a cloud — steam fog — has formed. Water droplets condense when the water vapour from the lungs, with its high temperature and pressure, mixes with the external water vapour, with its much lower temperature and pressure. It is the mixing of these two markedly different packets of vapour that produces the steam fog that we refer to as seeing one’s breath. Here, an elk breathes warm vapour into the external cold. 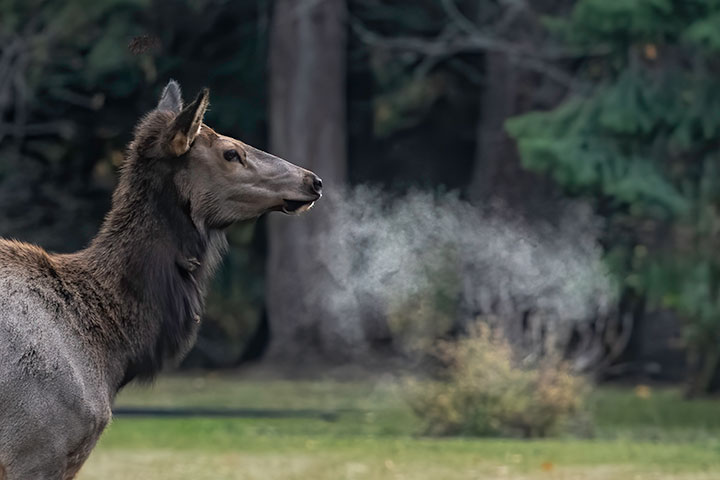 However, an exhalation from the lungs into the external cold is not the only way to mix the contrasting amounts and temperatures of water vapour. Here a still warm October stream heats and moistens the air a few millimetres above it. This, then, becomes the equivalent of the moisture from the lungs as it mixes with the colder vapour above. A stream sees its breath? 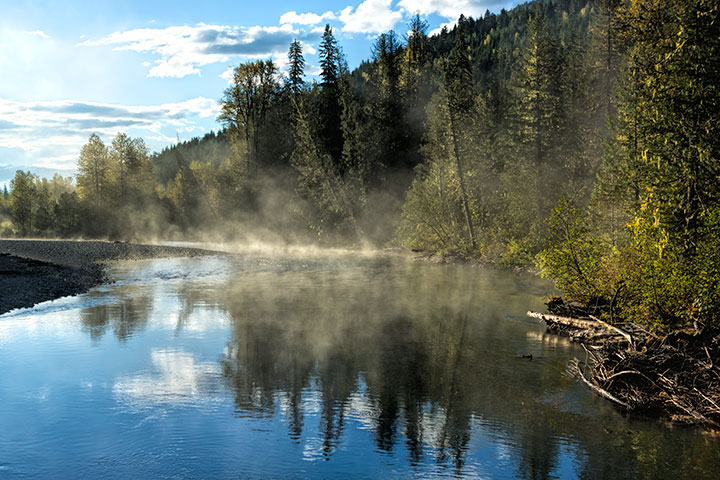 One does not normally think of a wooden fence as a source of warm moisture, but this one had been wetted by an overnight dew. When warmed by the sun, a thin layer of warm (buoyant) moisture flowed up the side of the fence and, as it mixed with the surrounding colder moisture, it produced a plume of steam fog. A fence seeing its breath? 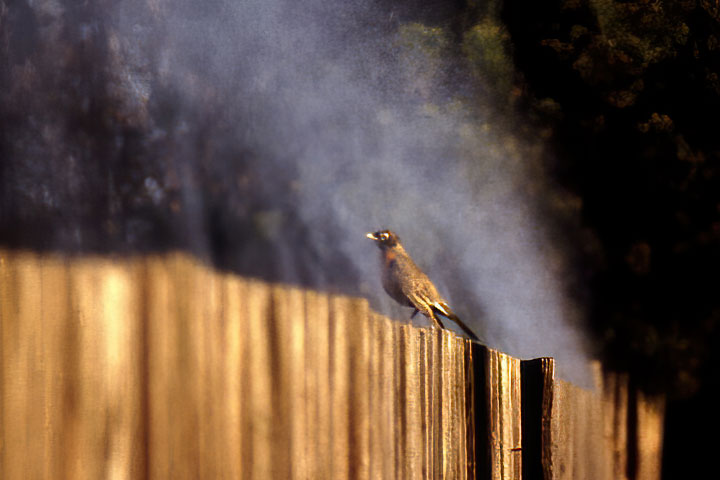 Finally, steam fog pours off of yestermorn’s road sign. As with the fence, the back of the sign had been moistened with dew overnight and was now warmed by the sun. The warm dew-covered sign was behaving the same way as the elk’s lungs. 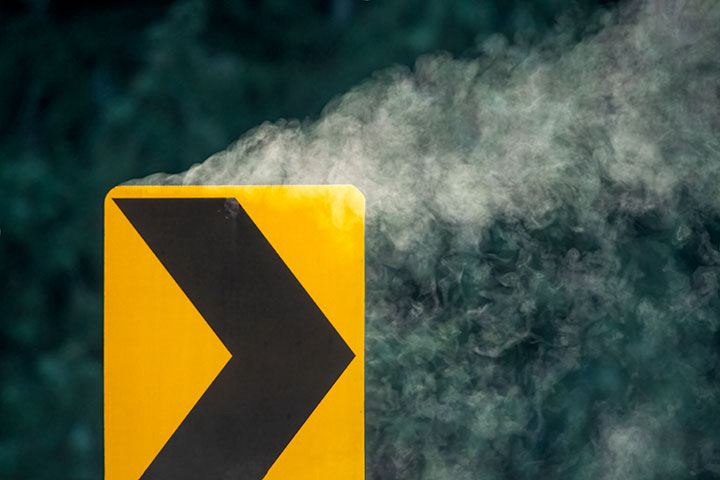