Perhaps my favourite set of tracks to find in snow are those of the snowshoe hare. This might be because the tracks are distinctive and not nearly as common as, say, are a deer’s. Indeed, as the snowshoe-hare population is cyclic, their numbers are locally down at the moment. I have not found hare tracks in my yard for some time, but today, deep in the upland woods, some were found.

Now begins a game: what can I read from the tracks? The most obvious question is: Which way was the animal travelling? Look at the image. 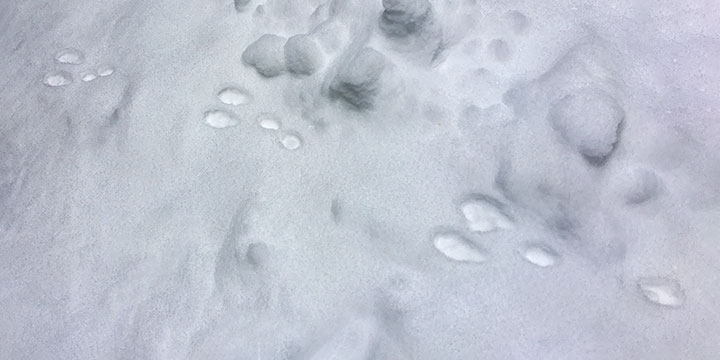 Yet, a cursory view of an actual snowshoe hare hopping gives one pause. In this picture from July 14, 2015, it seems that at the end of its hop, it swings its hindpaws out in front of its forepaws. 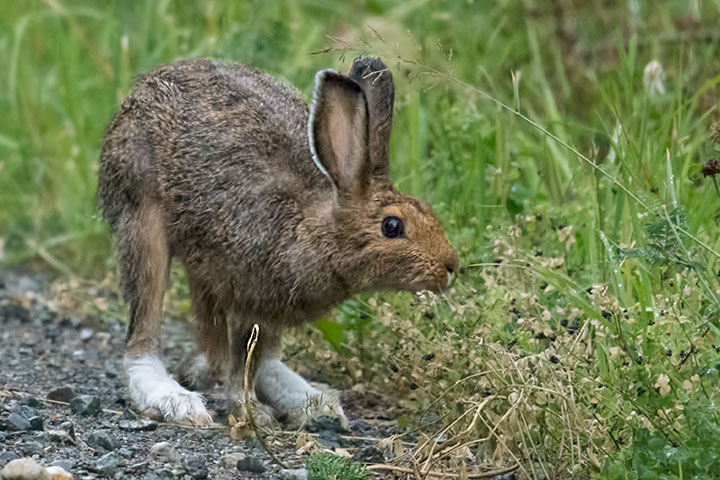 This behaviour is confirmed in a picture from Jan. 17, 2018. When travelling, the hindpaws land in front of the forepaws. (This hare is in its white winter pelage.) 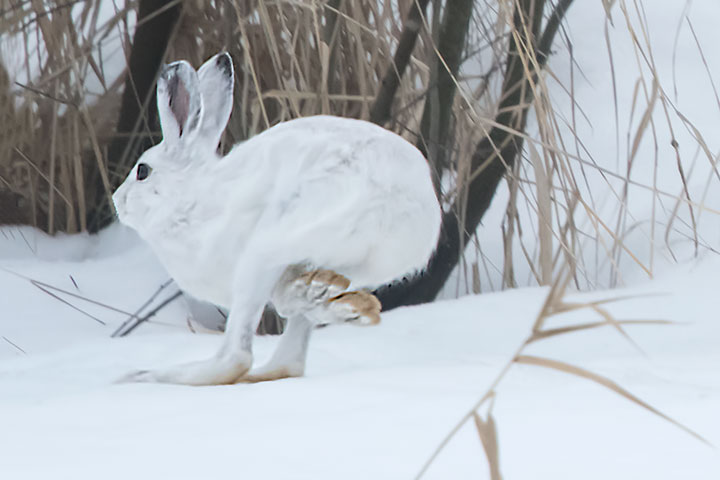 We return to this morning’s tracks. This snowshoe hare was decelerating as it travelled to the left.