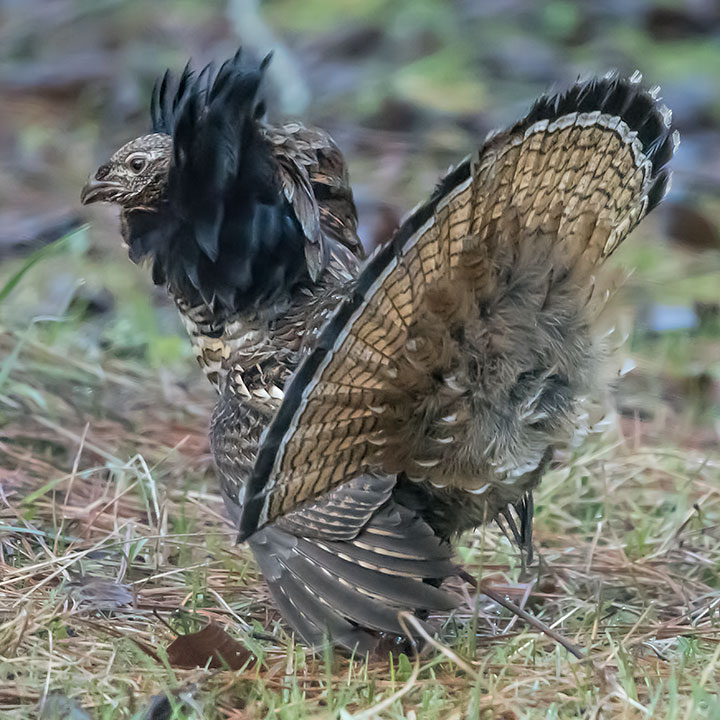 March and April is a time for the Ruffed Grouse to court and mate. Three years ago this month, I managed a shot of a male in full courting display (right) in front of an adjacent female. He had his ruff expanded and his tail upright and spread.

Now, after a winter in which no grouse displayed its ruff, there is a sign of interest. Yesterday’s ruffed grouse showed a hint of a ruff to its nearby partner and a spread, but not raised, tail.

Things may get interesting as the month wears on.

Yesterday’s Ruffed Grouse looks as if he has courting on his mind. 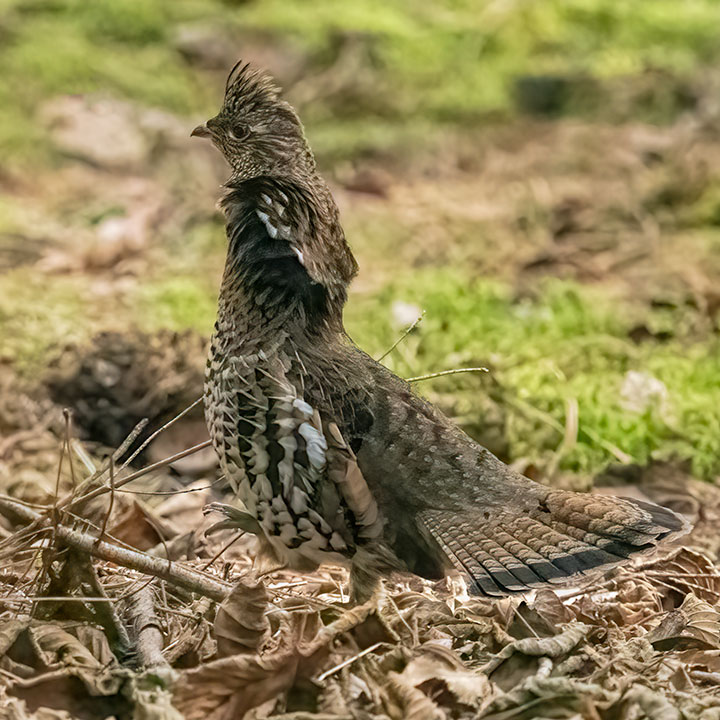