Two white-tailed deer stopped by in the predawn light and entranced me with a display of leaping.

First, one deer needed to greet the new day with some matutinal micturition. 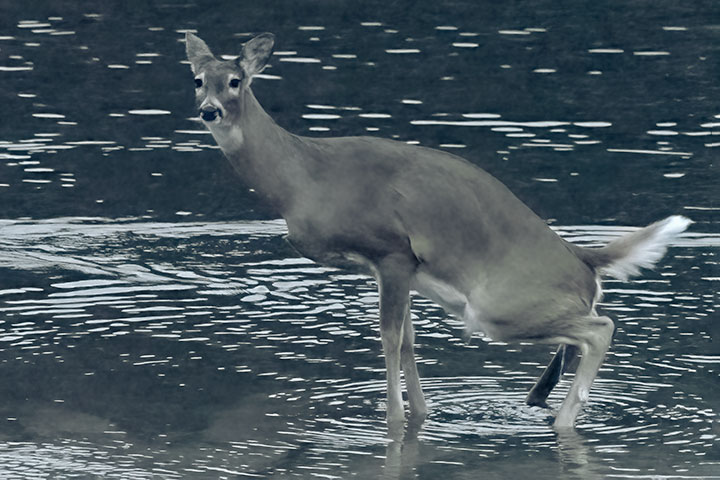 They then began to leap. At first, I thought maybe they were just frolicking. Apparently not. 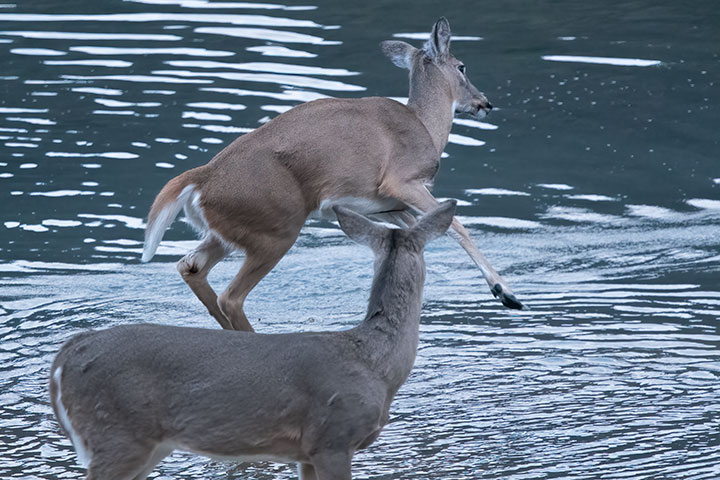 Possibly they were harassing the mallards. No, the ducks were of scant interest. 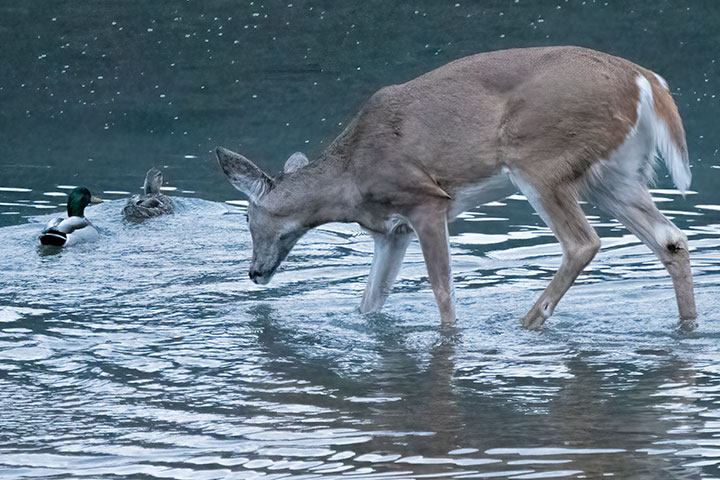 The leaps carried on. When I looked at the pictures, I realized they were reacting to sinking into the mud revealed at low water. A deer would get stuck in the mud, panic, and leap. 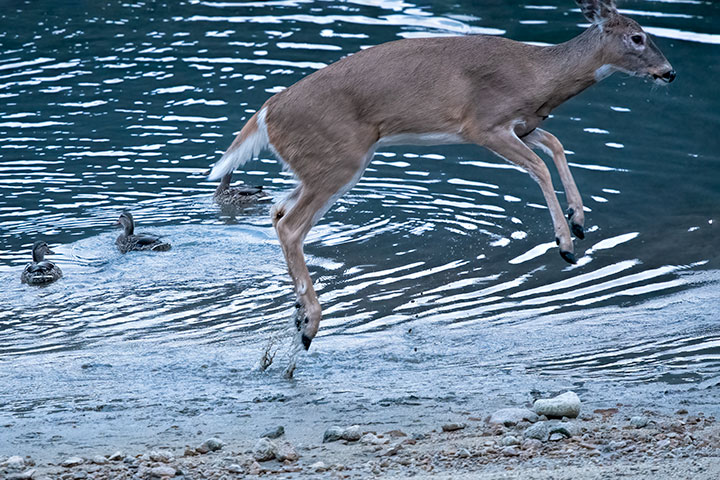 “OK, I think the time has come for us to move along the shore.” 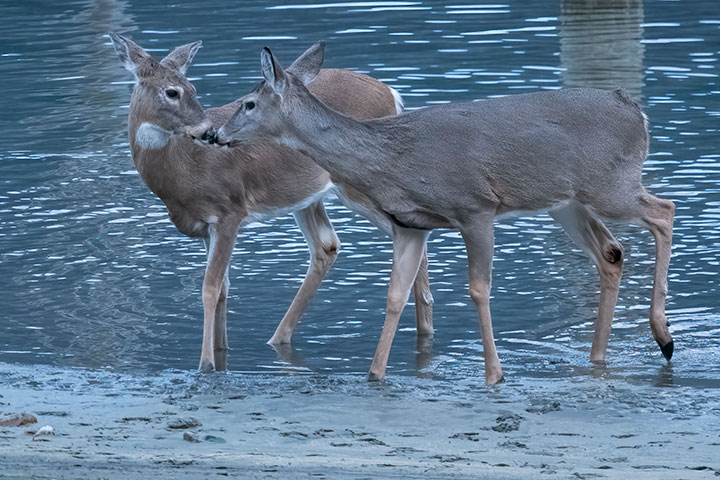