Ospreys tend to return to the same nests year after year. However, often when they return, they find their last-year’s nest already occupied by geese. The osprey sometimes succeeds in driving the geese out, but sometimes the goose just completes its earlier nesting season before the osprey takes over.

Yesterday, I watched osprey harass geese which had taken up residence on a couple of different nests. There were no good shots of the osprey dive-bombing the geese, but here are pictures of the participants.

Prior to the osprey’s return, geese took up residence in osprey nests. 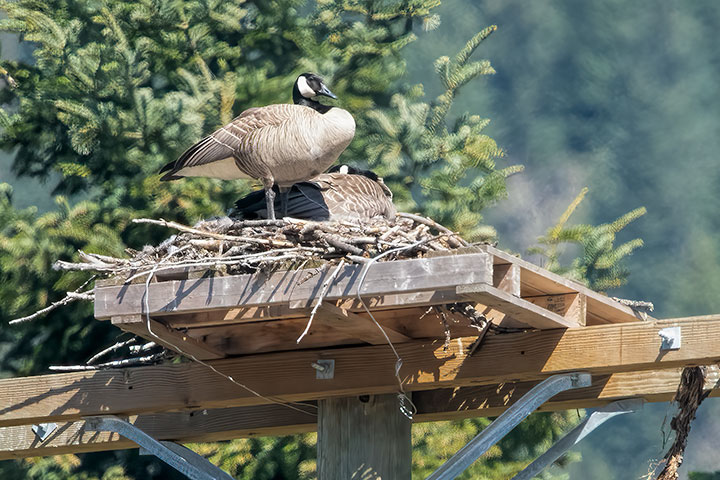 An annoyed osprey flies by. 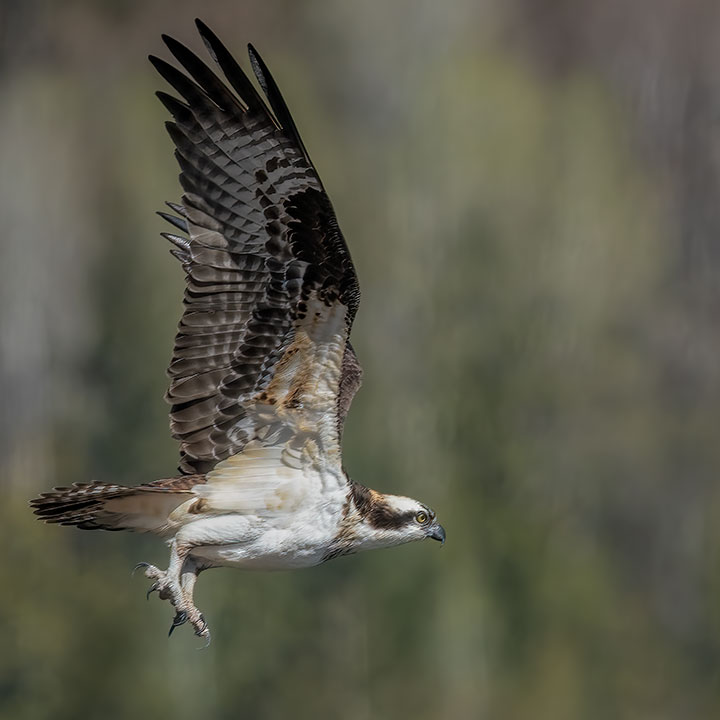 7 Responses to Ospreys and geese