The Black-necked Stilt does not visit Kootenay Lake — or that is what the range maps of bird websites would have you believe. Indeed, I have not seen it here before. And the bird isn’t even listed in Cannings’ book, Birds of Interior BC and the Rockies.

Yet, in the last two weeks, this stilt has been seen from the Creston Flats (over 80 seen) to Kaslo (over 20 seen). Have they been seen in such numbers before?

I went to the Harrop wetlands to look for them with my daughter. There was one. Which all things considered was, in of itself, an impressive number. Cynthia and I had comparable shots of the stilt feeding, but her shots of it flying excelled, so I just show them.

A Black-necked Stilt lifts off from the Lake. A glance at those long (pink) legs reveals how it gained the name, stilt. 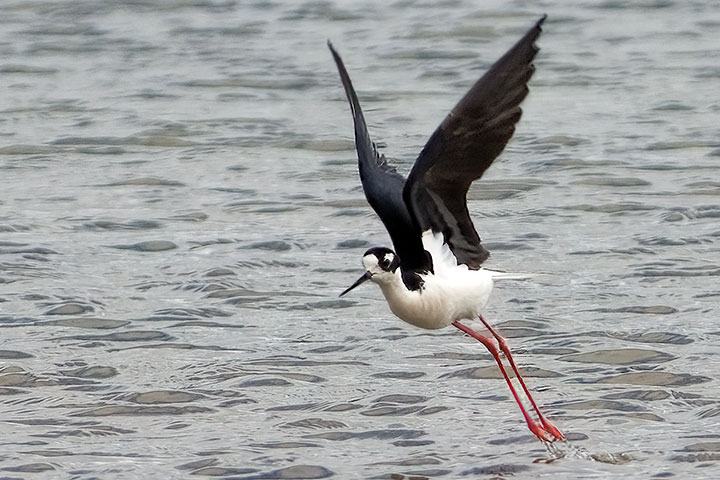 Cynthia’s picture of the stilt flying off has to be a classic for this region. 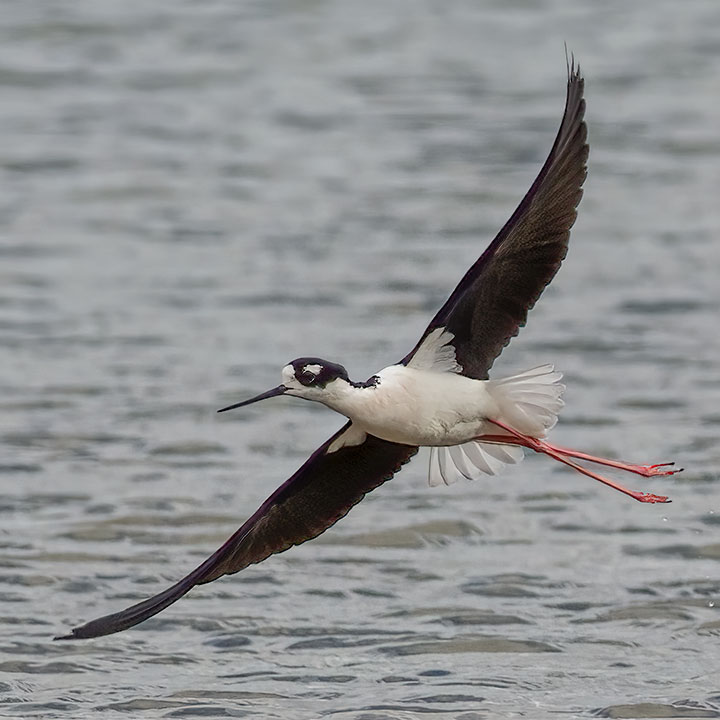