I have been watching for, what I expected would be, the second wild orchid of the season. However, the mountain lady’s slipper has yet to appear. Instead, I found two others.

This month opened with pictures of the fairy slipper. So, why am I showing another one? Well, the fairy slipper comes in two varieties: eastern and western and we get both. The previous posting showed the western. Here is the eastern. There are a number of differences, but the large lower petal (the lip or bee’s landing strip) shows much of the variation. Its fake stamens deliver no pollen, but in the western they are white and in the eastern they are yellowish. Also, the lip in the western is extensively speckled, but largely plain in the eastern. 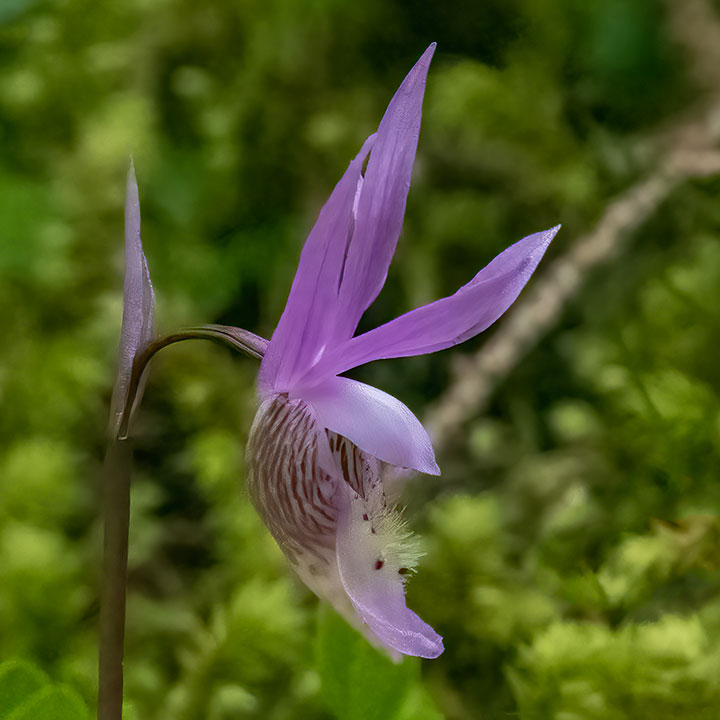 The striped coralroot is an interesting orchid for even though it is a plant, it lacks chlorophyll. Indeed, its leaves are vestigial, having been reduced to tiny scales. It has adapted to living on the forest floor where not much sunlight penetrates and so obtains its nutrients from fungi. This one was found only a few metres distant from where others had grown in previous years. 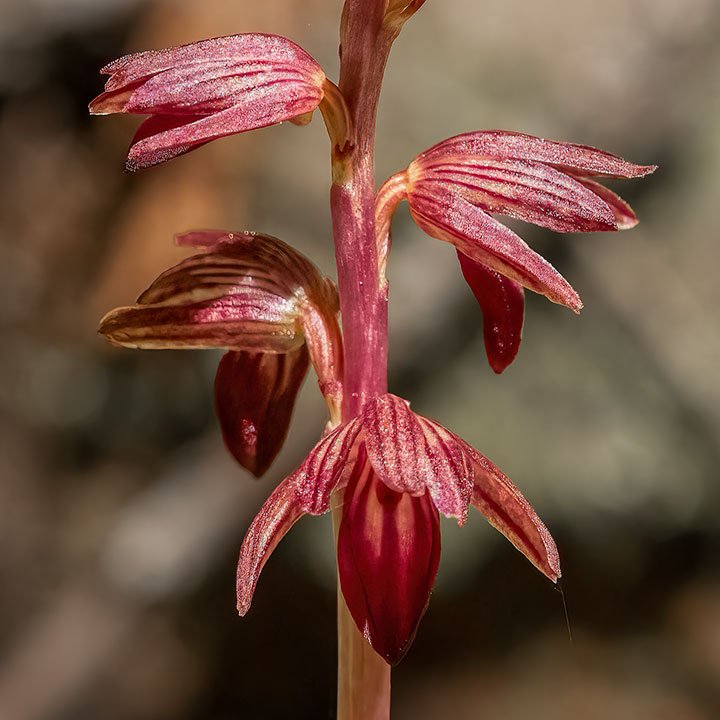