The crabbing season has begun, so I went crabbing.

Mind you, I am not talking about the crabs found in oceans, but the crab spiders found here (and elsewhere).

A crab spider is an ambush predator that waits patiently on a flower for its meal to arrive. Sooner or later, a pollinator — bee, fly, or ant — arrives at the flower. The spider then grabs the prey with its front legs and delivers a deadly dose of venom through its fangs. The venom’s effects are twofold: It paralyzes the insect, and it digests the insect’s insides. The spider then uses its fangs like a straw to drink the insect’s pre-digested insides.

Around here, daisies are favourite hangouts for crab spiders, however they are seen waiting for visitors on other flowers.

In the morning a female crab spider (Misumena vatia) was stalking prey from a daisy. 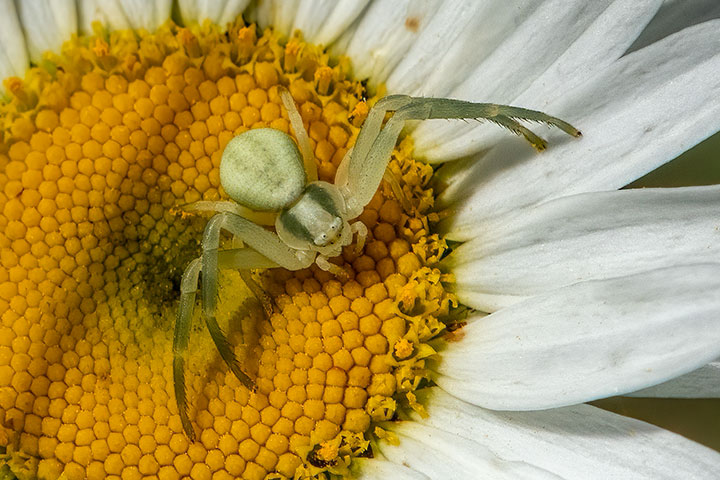 In the afternoon, on a different daisy, a crab spider was feasting on a (mining?) bee. 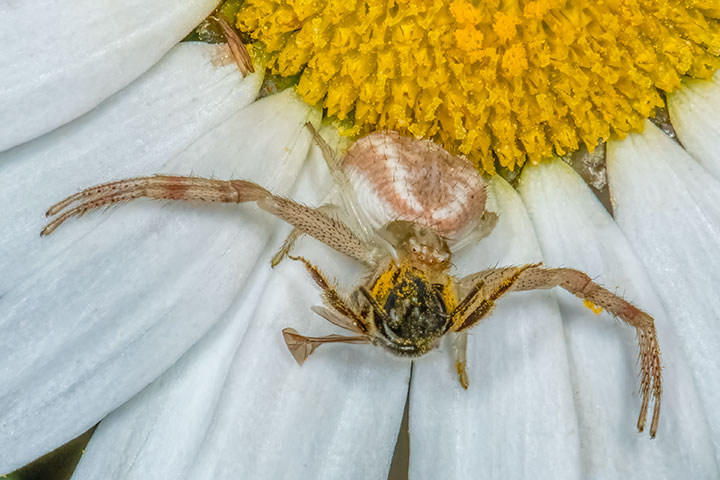