Our three regular hummingbirds arrive in April to breed. First males come, soon followed by females. The three species are Rufous, Calliope, and Black-chinned. I have not seen a Calliope since early May (although others have) so I only show the other two.

Rufous males don’t stick around after breeding and begin their migration to western Mexico by early July. So the males are gone. The females stick around for only another few weeks, and are then followed by juveniles in August. It is now mid July and we are still being visited by Rufous females, one of which stopped by a few times this week. 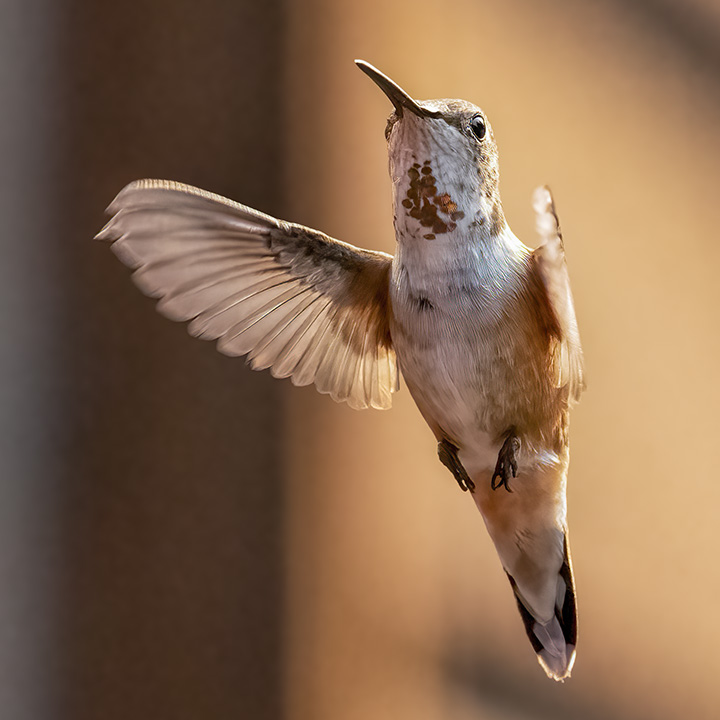 The Black-chinned female is the most frequent visitor. She may be tending a nest, but seems more or less unconcerned by an adjacent human clicking a camera. 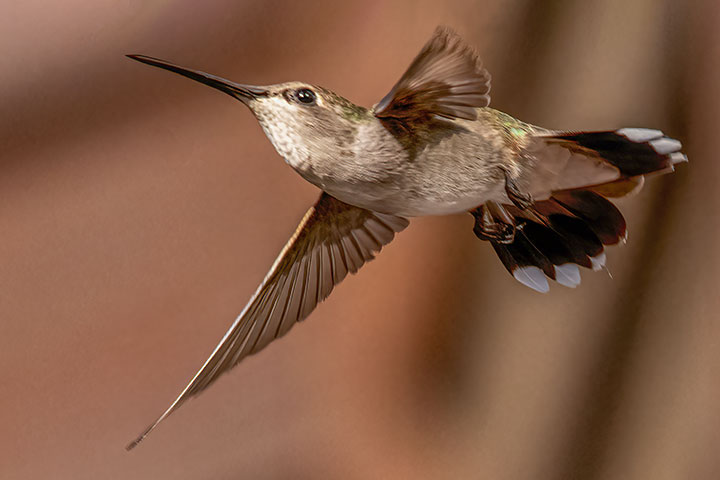 Occasionally, a male Black-chinned comes by. He is distinctly skittish. If the watching human so much as twitches, he is off. 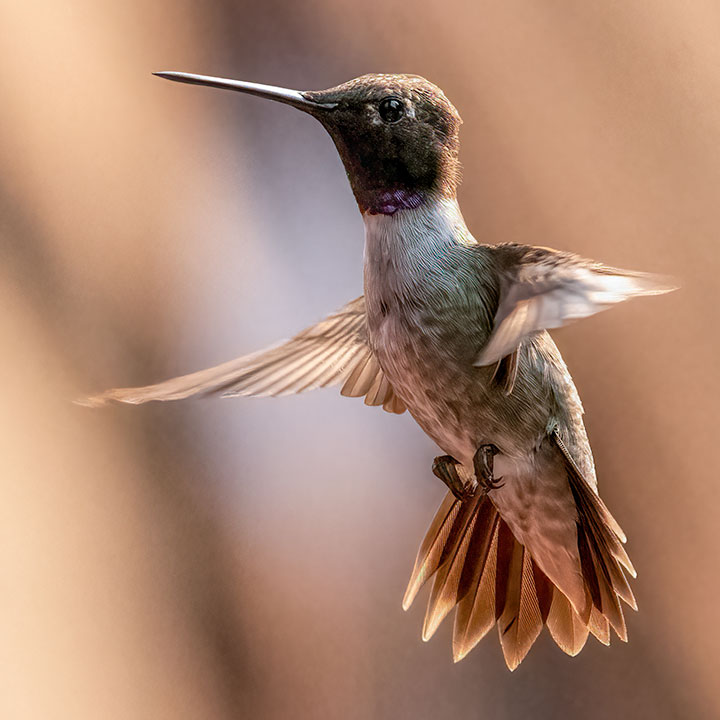 The infrequency of the male’s visits made it difficult to obtain a shot of him flashing his purple gorget. Here is one attempt. 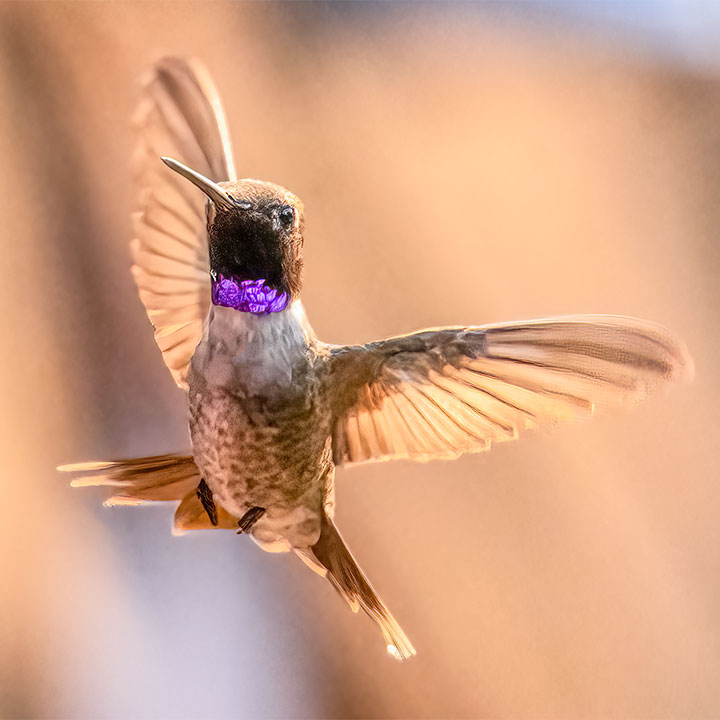