Recently, I wrote about the difficulty of taking a picture of a Spring Azure in flight. The motivation was to capture the lovely blue upper wings that become apparent during flight. However, capturing a close image of any insect in flight is not easy. Here are a few recent successful flight shots of fellow lakeside inhabitants.

I start with a shot of the Spring Azure as it flies toward a group of lilac buds. 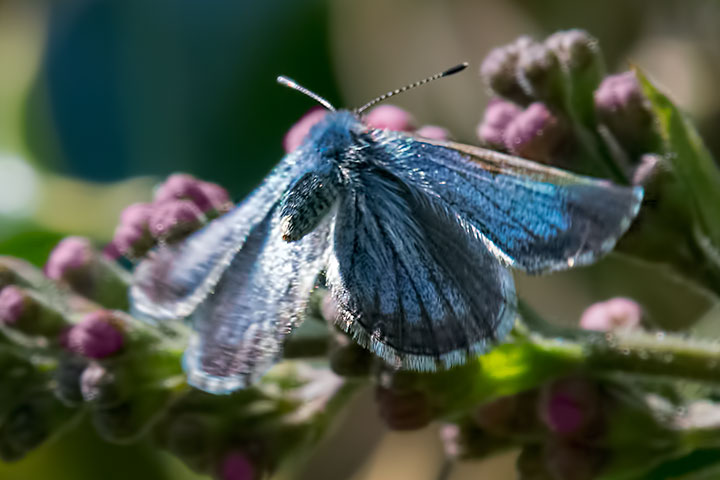 Also a challenge was a Bombylius major as if flies toward a group of forget-me-nots. The bombylius is a springtime flier that mimics a bumble bee as a way of avoiding being eaten by birds. 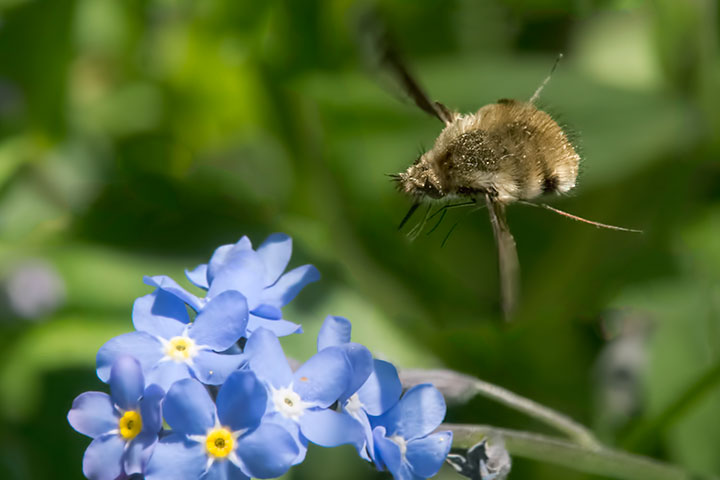 The Drone Fly is so named because it mimics the drone of the honeybee. Indeed, this guise has not only confused birds, but for millennia, it has confused humans. Here it is flying between dandelions. 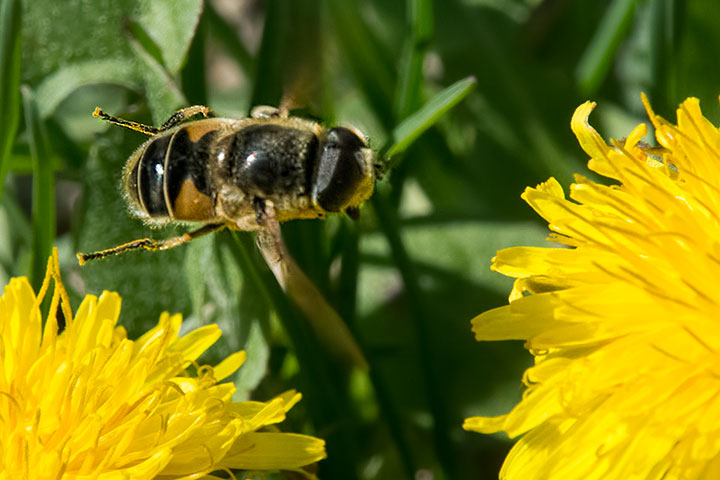 This is the European Paper Wasp, an invasive species that has been in our area for about a decade. It is easily identified in flight by the fact that it leaves its hind legs dangling. 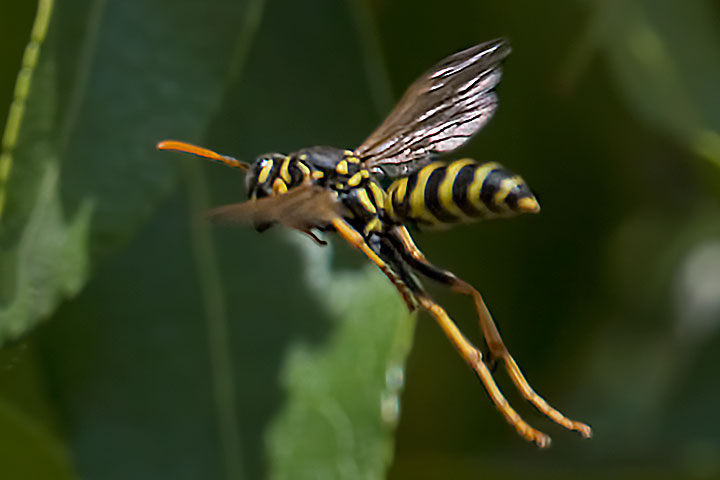 This grub is certainly up in the air, but it soon went flying for real, but inside the Chestnut-backed Chickadee. 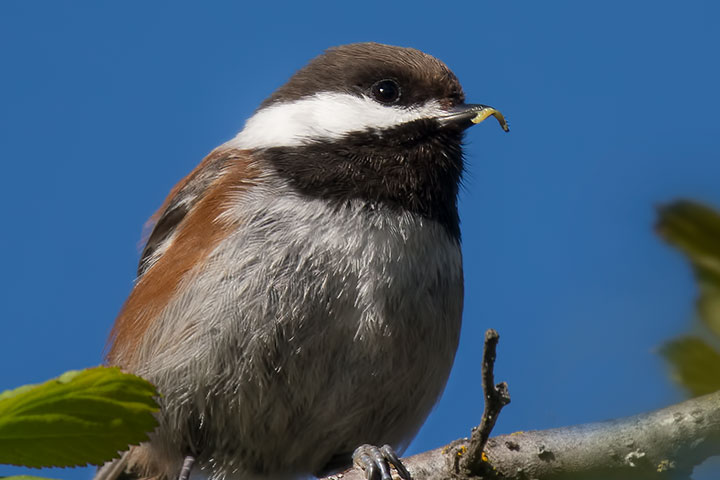 A wasp with a fearsome reputation is the Bald-faced Hornet. I have found that if I merely watch, but don’t challenge, it, I can take whatever pictures I wish. 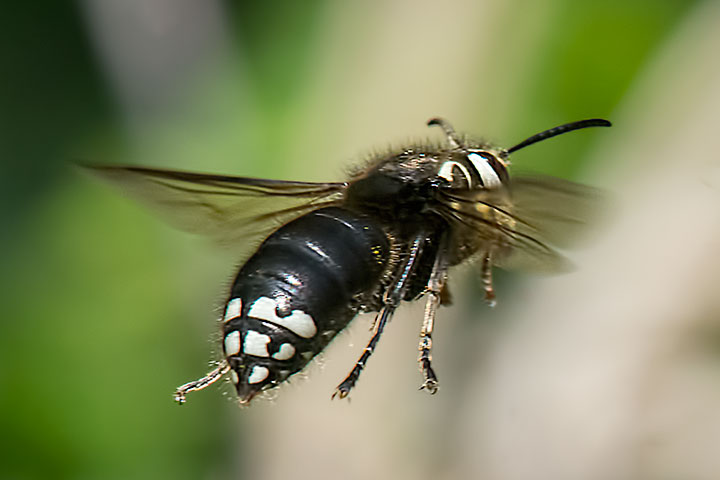 This may look somewhat like a Bald-faced Hornet, but it is an innocuous female Pied Hover Fly (Scaeva pyrastri). Its markings are clearly another attempt to persuade birds that it is far more deadly than it really is. 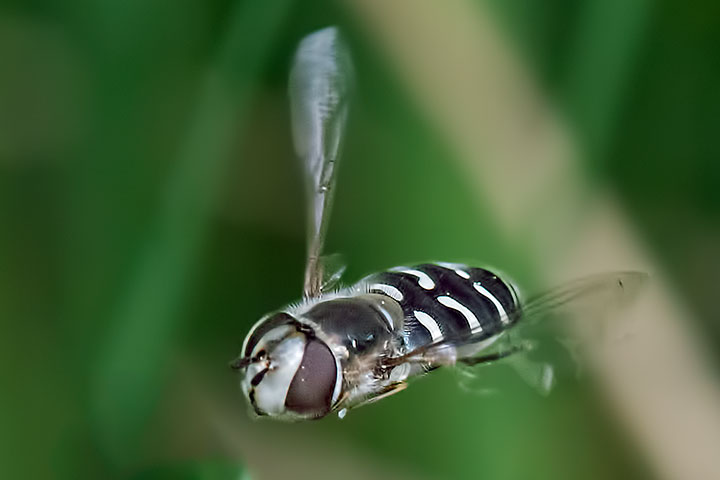 My most detailed shot of a small flier is of a male Pied Hover Fly. It is one of those pictures that one probably could not set out to take, but might capture inadvertently. 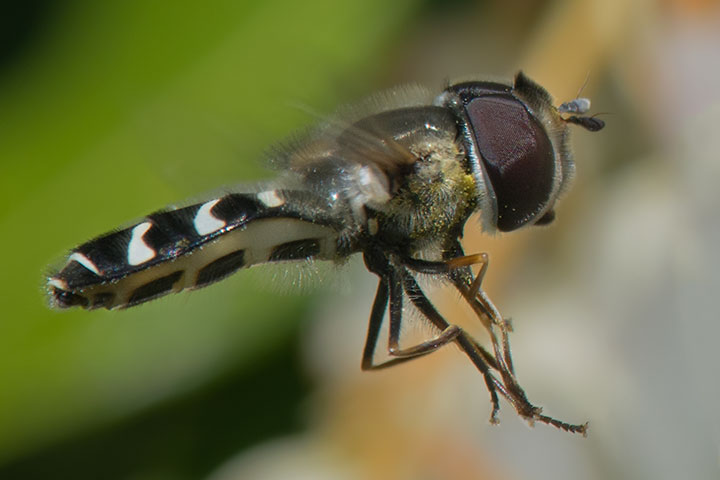