Outdoors, I often am looking for something specific, maybe a wild orchid, maybe a grizzly bear.

While this approach is often successful, this fall, it has not been. I head out but don’t see many things previous years would prompt me to expect. Certainly, persistence resulted in success with fishing black bears, but, despite many searches, I haven’t photographed a grizzly bear in three months. So, today’s posting shows some recent things seen incidentally while looking for something else.

While failing to find grizzlies in the high country, I ran across a Townsend’s Solitaire. This is a thrush (so a relative of the robin) that hunts in open forests of the West. When seen, it is often perched atop trees as a way to proclaim its territory. 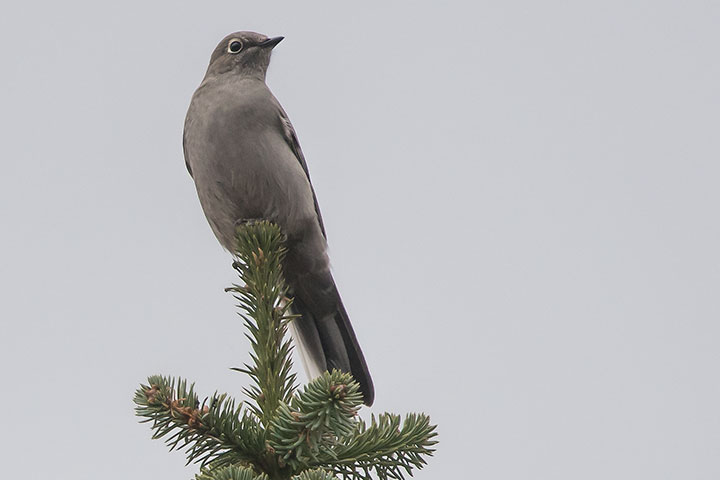 Many medium-sized birds employ an energy-saving method of flight known as flap-glide. Here, the Townsend’s Solitaire is in the glide portion of its flight. 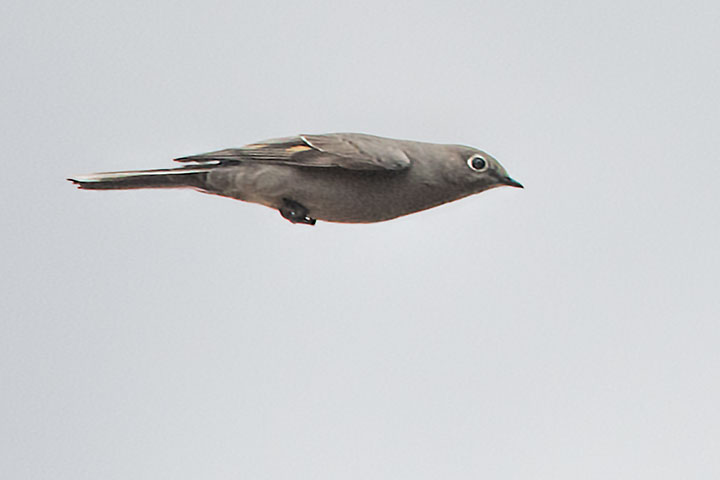 From high in the south Selkirks, one can look across to the Valhallas. 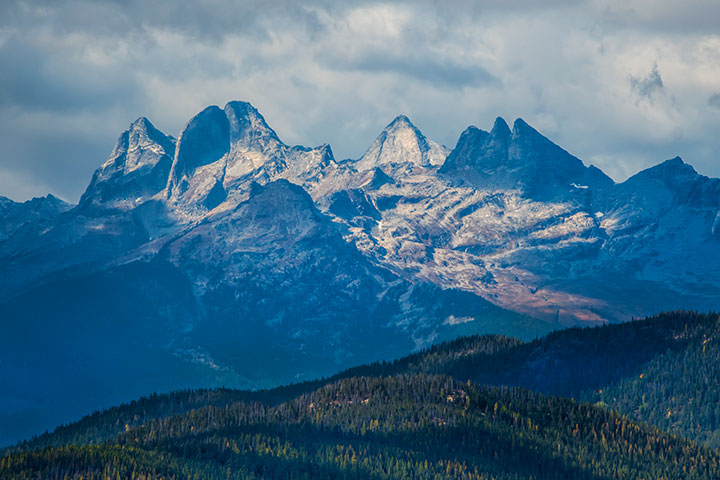 At the bottom of the valley, a katabatic wind that flowed gently down the mountainside has now blown out over the surface of the Lake. As this cold air flowed over the warmer water, a steam fog formed into columns lying along the wind direction. However, when a wind moves at less than 23 cm/s, it does not disturb the water. Consequently, the only evidence of this air movement is the offshore drift of the steam fog. Farther out on the Lake, the wind speed increases and there it is seen to have disturbed the water. 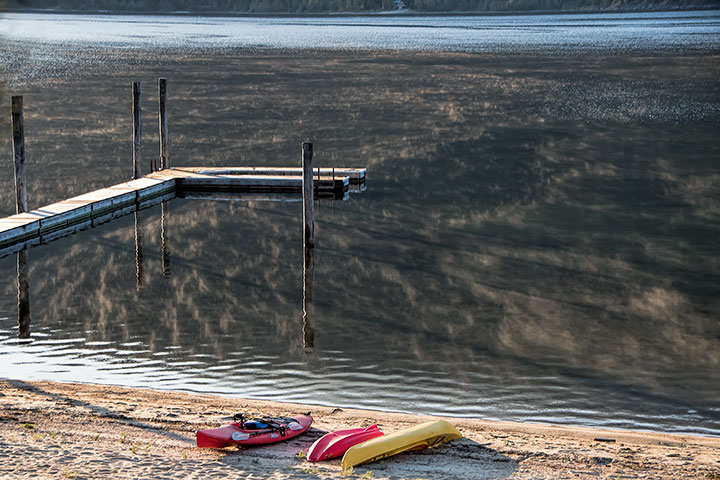 A juvenile Wood Duck is seen wading in a local creek. 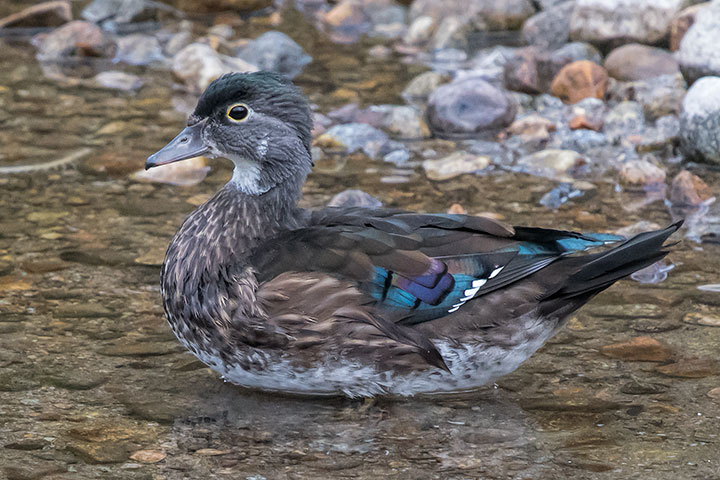 Kokanee salmon spawn in local creeks from late August through September. Smaller groups of Kokanee avoid the creeks and spawn along the lakeshore. Shore spawners do not construct a redd for their eggs, but allow eggs to merely fall between the rocks. Now, wave action rather than creek flow maintains the oxygen levels for incubation. 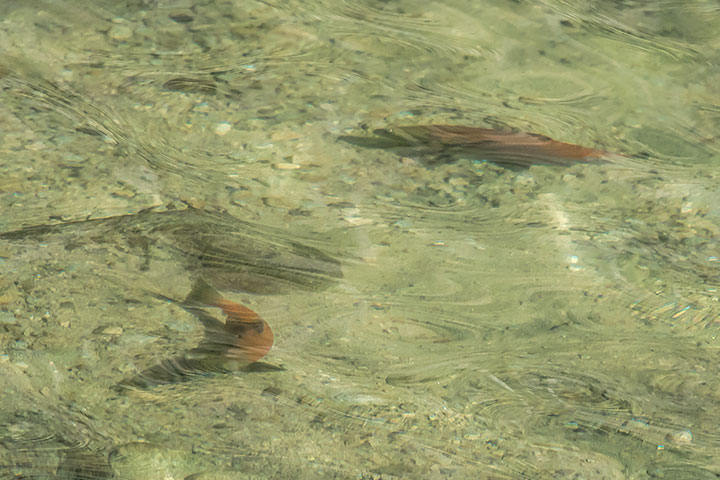 October is the month to admire mushrooms. These are shaggy manes. 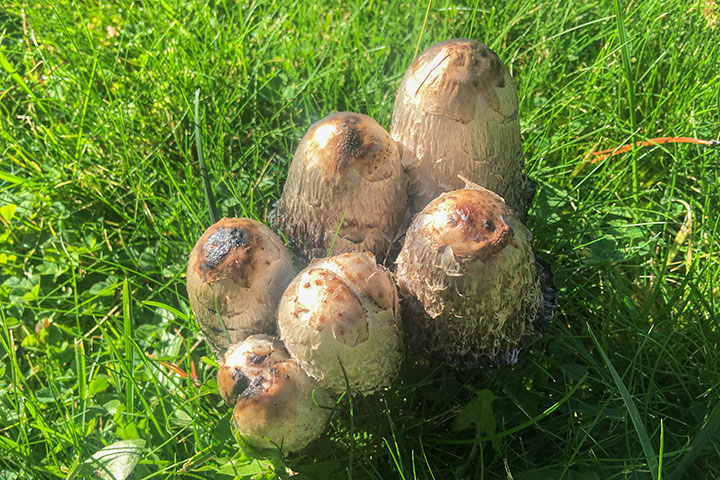 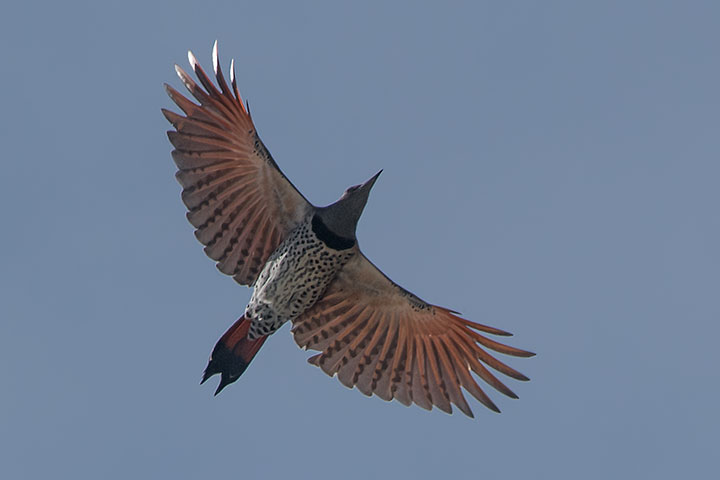 Finally, a bit of tokenism: this small grizzly was seen three months ago. 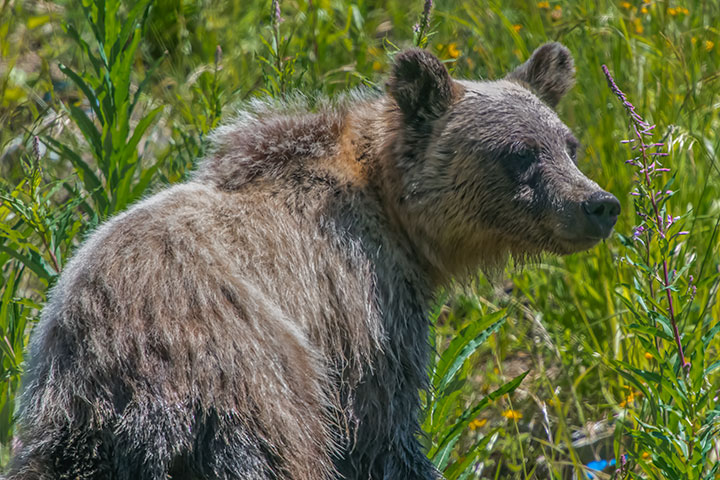 This entry was posted in birds, fish, scenes, wildflowers. Bookmark the permalink.