Who needs yet more images of swans? After all, in my February goulash, I commented that it had been such a good winter for seeing Trumpeter Swans that I was discarding pictures of them.

However, much less common to see are the Tundra Swans. A decade ago, tundras seemed to dominate and it was uncommon to see trumpeters. But, in recent years the much smaller tundra has been a rarity. This winter, a few more tundras have been turning up locally. I don’t know what influences these things.

Three tundras were seen in a mixed flock. The tundras are not only the smaller of the two species, but don’t have as heavy a bill and frequently have a yellow patch of skin between the eye and bill. 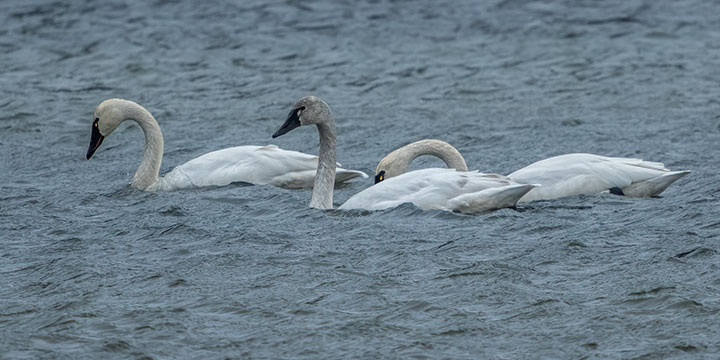 However, the much bigger Trumpeter Swans were also present, and I couldn’t resist getting a shot of one flapping its wings. 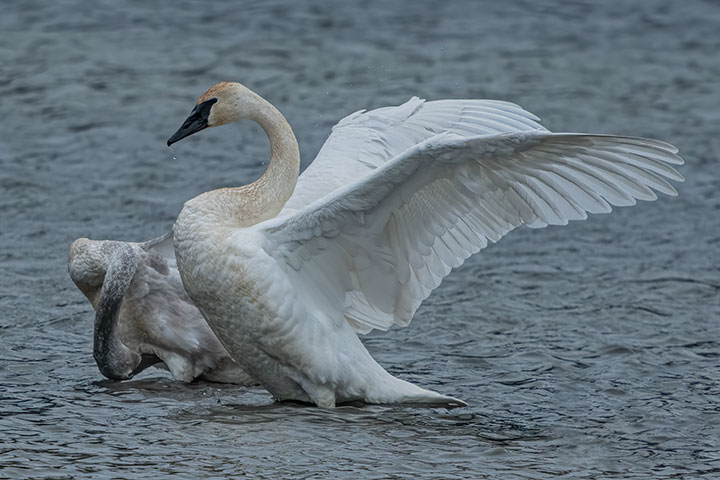