Now is the time to start watching Ruffed Grouse. There seem to be many of them about and their mating period is coming up: April into May.

I have two Ruffed Grouse that treat my yard as a portion of their range. Sometimes I see them; sometimes I don’t. Are they a male and a female? Probably, in that they are tolerating each other at the moment.

Ruffed grouse have two distinct morphs: grey and red (brown). The grey morph predominates in the norther portions of their range; the red morph in the southern portions. Presumably this has something to do with camouflage in different habitats.

Curiously, we seem to have both morphs around the Lake. Indeed, the couple in my yard seems to be one of each.

A grey morph Ruffed Grouse peers over its shoulder. 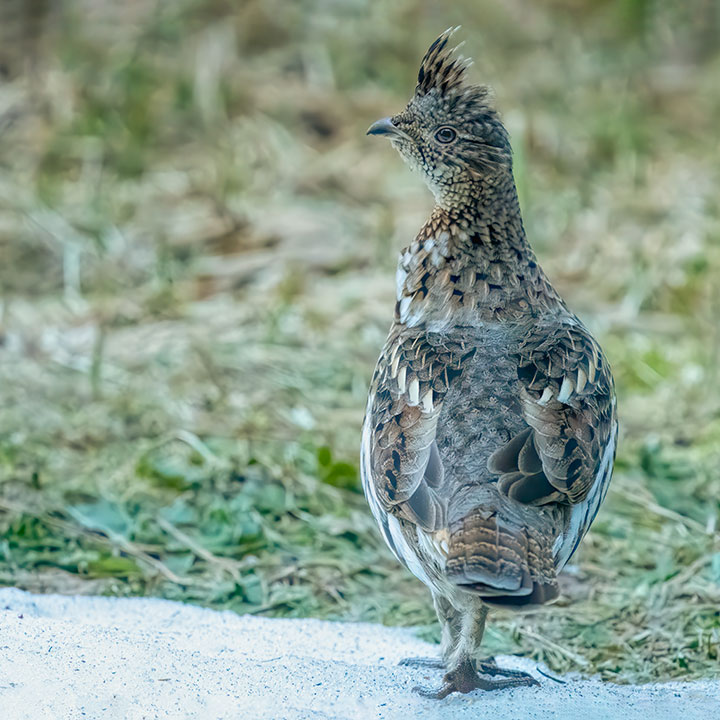 While a red morph Ruffed Grouse tries to look inconspicuous. 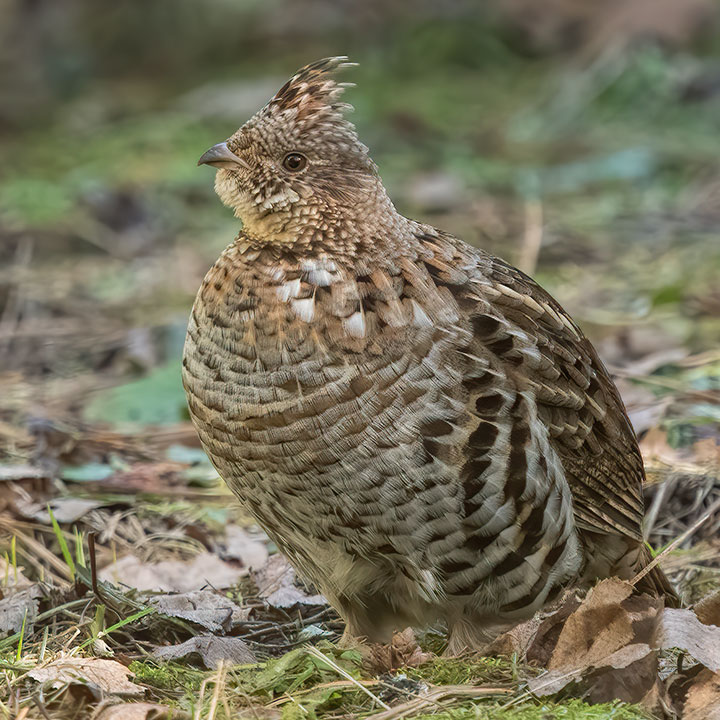