Something struck me as odd about the White-tailed Deer crossing the road. Yet, I couldn’t immediately identify the inconsistency.

The doe had raised its tail as a flag to indicate that a predator had been detected. That imagined predator was undoubtedly a somewhat distant me, someone who merely happened to be travelling along the road, but who had no interest in harming the deer. The deer had registered a false positive.

It wasn’t the expected false positive that was odd about this doe’s behaviour. But, what was it? 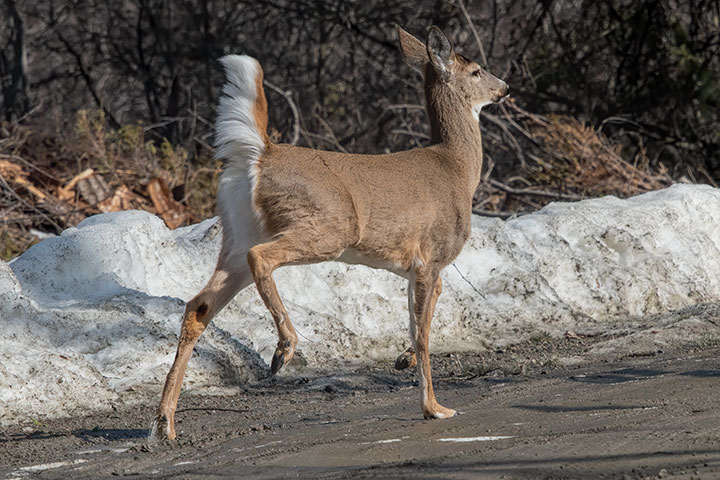 I looked back through my previous shots of retreating White-tailed Deer which had raised their tails so as to flag a suspected predator. The pictures were consistent: An agitated, flagging deer consistently chose to gallop away. A gallop is a quadruped’s most rapid means of departure. In the gallop, the basic gait involves all four feet being off the ground for a moment. A much slower gait is the trot, during which one front foot and its opposite hind foot come down at the same time. 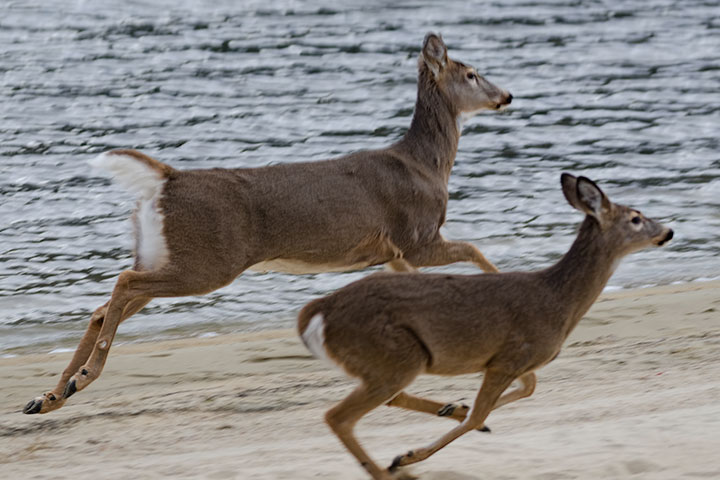 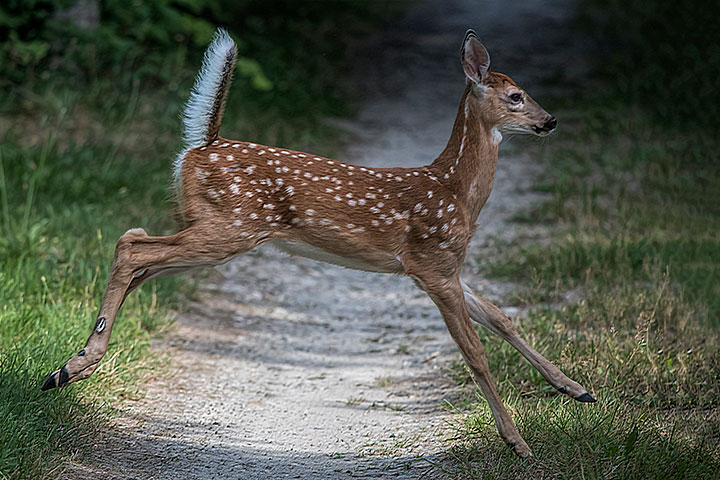 Another fawn gallops through some grasslands (9 Aug 2019). 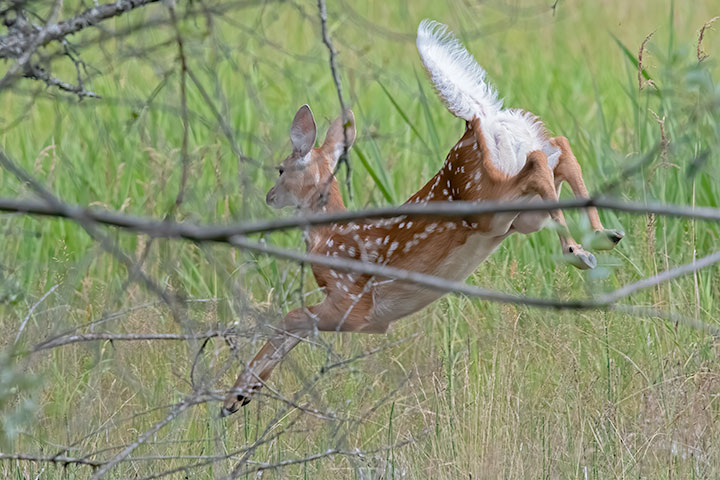 As gallops go, a winner is this doe leaping over another blocking its path (29 Feb 2012). 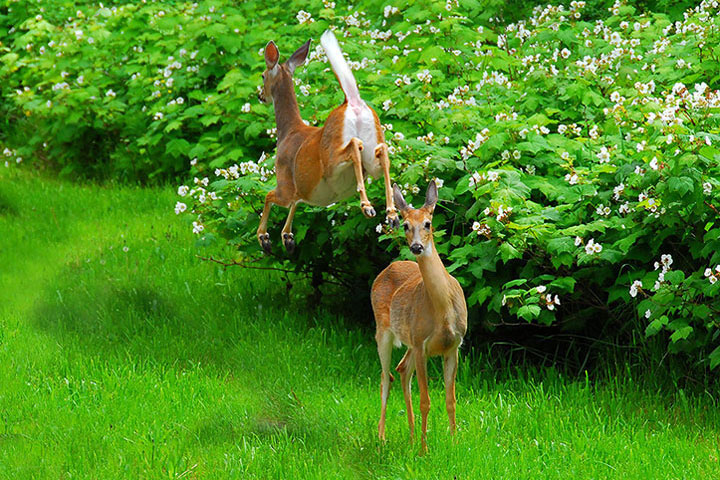 However, the most recent doe chose the more relaxed option of trotting while flagging. Its message is contradictory: It warns with a flagged tail, but has a relaxed departure. I am sure this is a known behaviour, but it was new to me.

3 Responses to Trotting while flagging