So far, I have photographed six species of wild orchids in Kokanee Creek Park. Always the first to bloom is the beautiful fairy slipper. It has two varieties, eastern and western; the Park gets each.

As with all flowers, the fairy slipper (Calypso bulbosa) is pollinated by the insects it attracts, in its case the pollinators are primarily early season bumble bee queens. However, this beauteous flower cheats on the contract between flowers and insects. That contract is the one where flowers offer nectar and pollen to insects in exchange for the service of pollination. 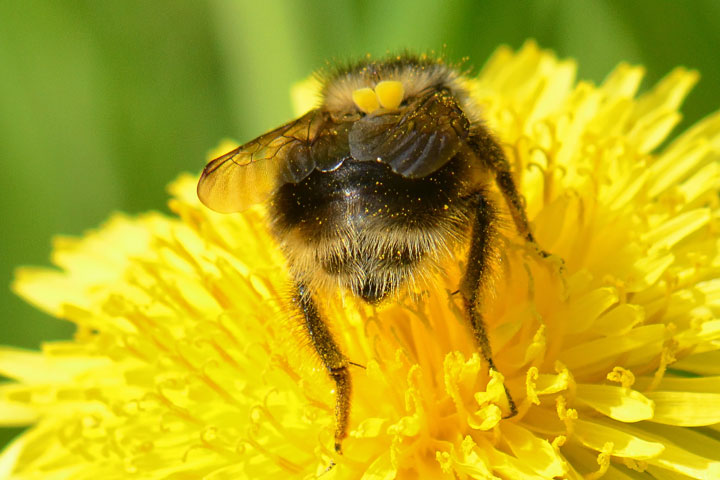 The two yellow objects on this bee’s thorax are pollinia placed inaccessibly there by a fairy slipper.

Alas, the fairy slipper presents a vanilla scent (suggesting to the bee that it has nectar) and fake stamen (implying that it offers pollen), and these lure bees, but the flower provides the bee with neither pollen nor nectar. Rather, the flower glues some pollinia (packages of pollen) onto an inaccessible location of the bee’s thorax in a way that provides the bee with zero benefit. The bee inadvertently then carries the pollinia to another flower which it pollinates.

The fairy slipper provides no payment in exchange for the bee’s service. By the time this early-season bee gets wise to the ruse, pollination is complete. The fairy slipper has accomplished its objective through deception.

An eastern variety of fairy slipper. Here, the fake stamen are yellow. 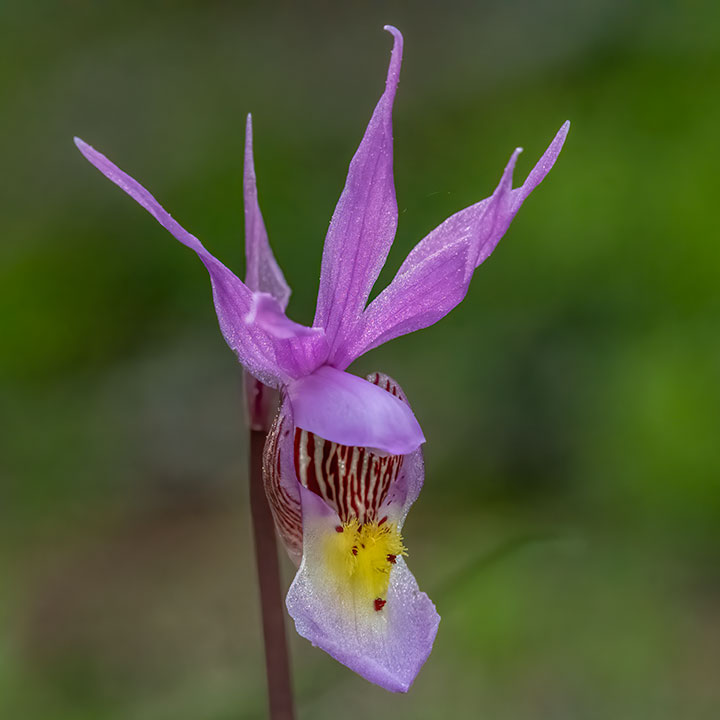 A western variety of fairy slipper. Here, the fake stamen are white. 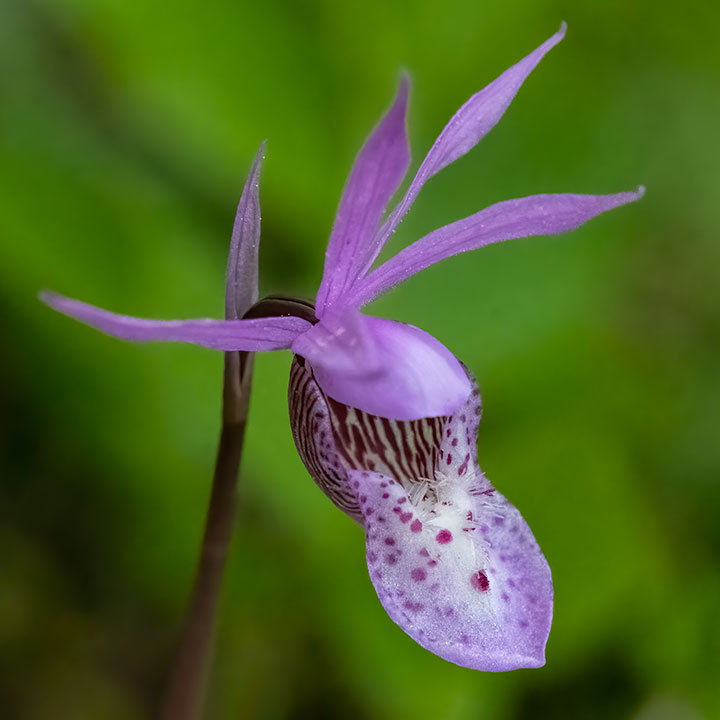