I think that I am on safe ground to suggest that prey prefer not to be eaten.

Yesterday I watched two prey animals which had adopted rather different methods of defending against predators. They were a mountain goat and a ruffed grouse.

The mountain goat is a large animal, but not so large that it cannot be overcome by a cougar. Despite being conspicuous, the goat makes no attempt to prevent being seen; rather it attempts to prevent access. The goat’s defence against being eaten is to go where the cougar is loath to tread: cliff faces. Consequently, mountain goats have developed a great agility to navigate nearly vertical surfaces.

The ruffed grouse faces a different problem in avoiding predators. It is small enough that it can be eaten by both land predators, such as coyotes, and aerial predators, such as eagles and hawks. So, it tries to be inconspicuous by hiding in the undergrowth and has developed camouflage and stealth. Its plumage resembles the dappled pattern of light on the forest floor and by moving slowly, it looks like a shifting pattern of sun flecks through leaves. The problem is that the grouse maintains the same defence strategy even when the background isn’t dappled, such as when crossing snow or gravel.

A mountain goat is safely perched on a narrow ledge half way up a 300 metre cliff. 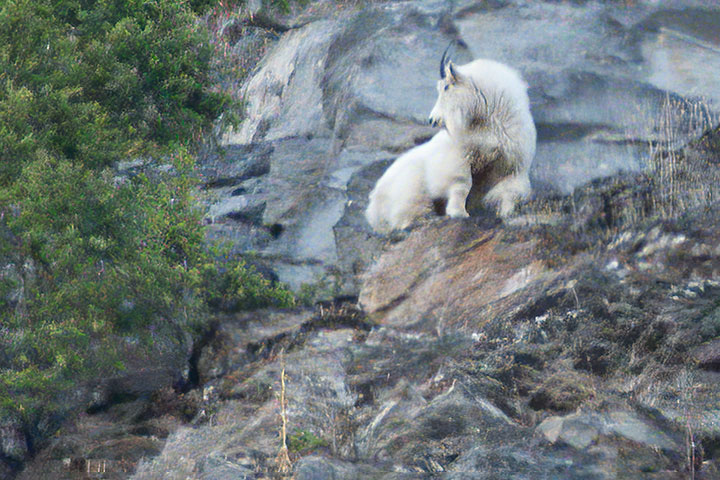 Perhaps the funniest (non) defence by the normally camouflaged grouse is when it slowly crosses a plain surface. Now conspicuous, it would be better for it to flush. 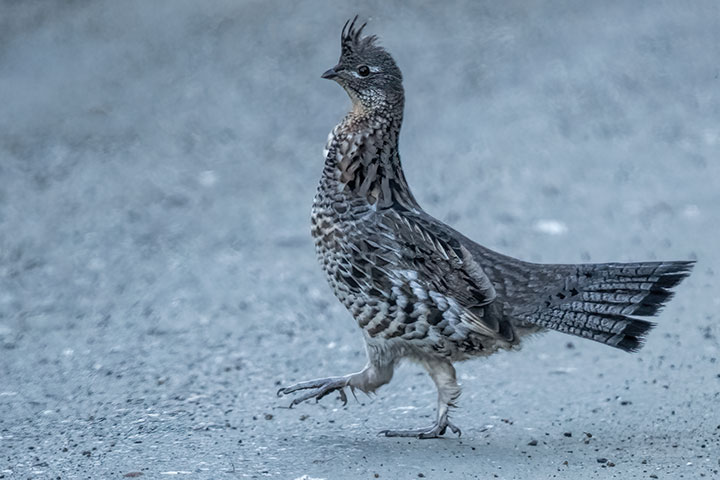