Karen Pidcock guided me to a group of these orchids high on a mossy bank above the Kaslo river. I believe they are large round-leaf rein orchids, Platanthera orbiculata. (The small round leaf orchid is a different plant.) This is the the eighth local wild orchid I have photographed. It is also the first orchid I have seen that is pollinated primarily by moths and sports a nectar spur.

This wild orchid was apparently named for the two large roundish leaves at the base of its stem. The flowers grow as a raceme. The other oblong leaves in this picture are queen’s cups. 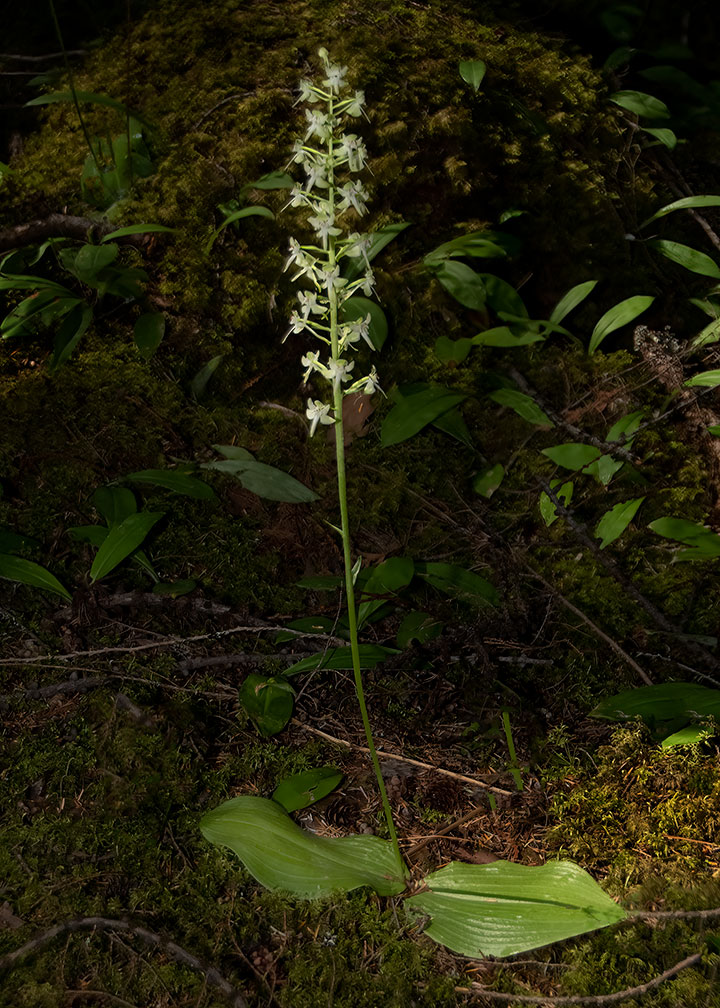 This is a closeup of a few of the flowers on the raceme. The landing strip for polinators is the labellum, the long petal hanging from the front of the flower. The pollinia are the two orangish pods at the top of the flower. This is discussed in greater detail with the next illustration. 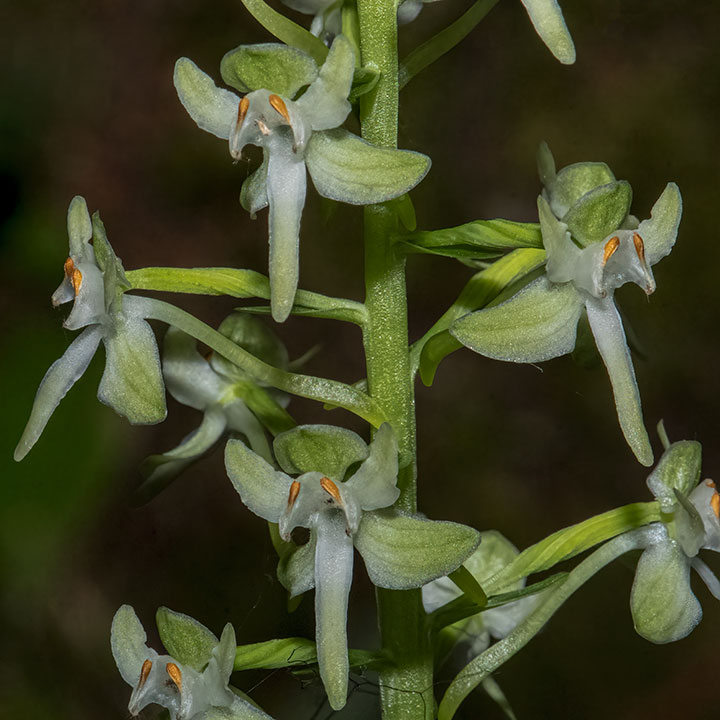 Below is a detail from the centre left of the above picture. This orchid seems to be largely pollinated by a couple of species of noctuid moths, presumably having been attracted by a scent the orchid emitted at night. The moth would approach the illustrated flower from the left landing on the labellum (the landing strip). The moth must extend its long tongue deep into the nectar spur, which is also long to force the moth to press its head against the pollinia, which are then attached to the moth’s compound eye. The moth then carries the pollen to another flower. 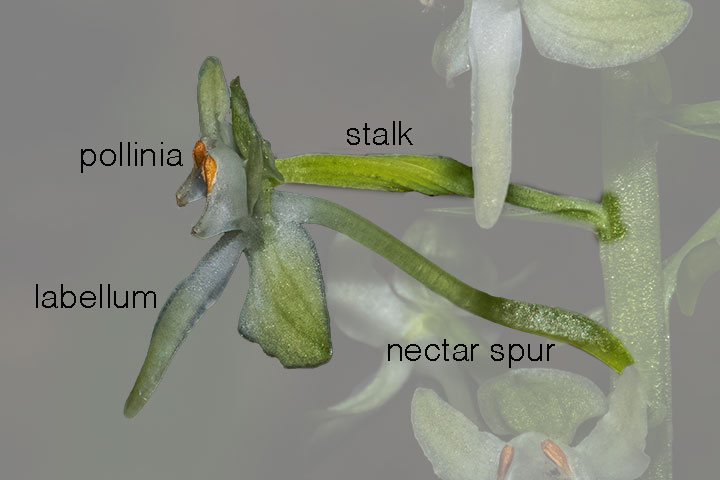 There is an evolutionary process here which gradually increases the length of both the moth’s tongue and the nectar spur. The moths with the longest tongues are favoured as they can reach the bottom of the spur and so receive the most nutrients. The flowers with the longest spurs are favoured as their reproductive organs optimally press against the moth which then increases their reproduction. So, each slowly gets longer and longer.