Now is the time to see the Northern Pygmy Owl. Well, we have it year round, so why select now to see this daytime hunter? Well, for most seasons, it hangs out at higher elevations, a mountainous area that has a low population of humans. But come winter time, the Pygmy Owl often comes to the valley bottoms and hunts small birds such as irruptives.

I found the Pygmy Owl on the North Shore of Kootenay Lake on Sunday, but it was perched high in distant trees, so I returned the next day. It was now hunting close to the ground beside the road. One thing about these owls is that not only do they hunt in daytime, but they are not particularly sensitive to humans. So park beside one and take its picture. 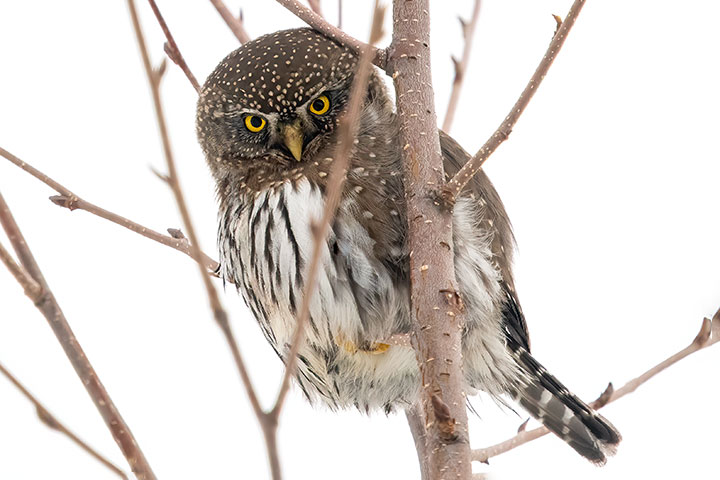