This posting revisits one picture of the latest December goulash, the male mule deer. The caption I wrote at the time was: “He looks remarkably young with his small barely branching antlers. Yet, he has a spouse and has sired a fawn, to which he is very attentive.” This is the picture I showed. 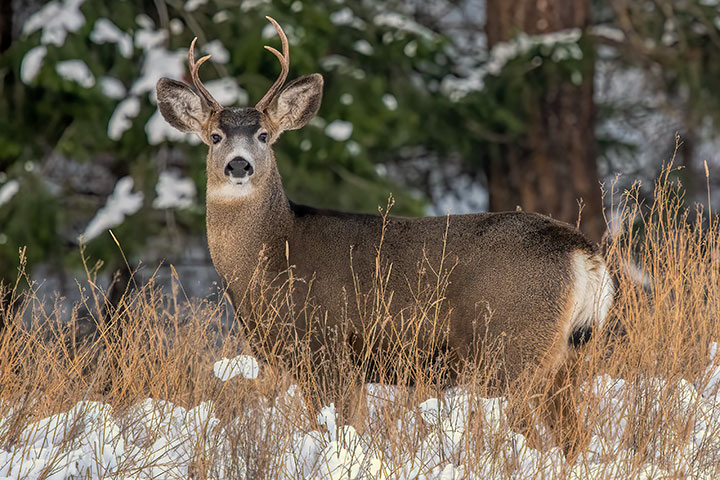 Certainly in a closely related species, the buck of the whitetailed deer ignores his young and leaves the job of raising it to the female. So might not the buck of the mule deer do likewise? But, I had not seen it, and what I had observed on this occasion was this male was being most solicitous to the fawn. So, I wrote it as I thought I saw it. Yet, there is another interpretation and it is offered by Ed Beynon of Castlegar. He notes:

As a reformed ungulate hunter I want to comment on the dialog re the young mule deer buck.  Generally ungulate males never recognize their offspring. My take on the young buck is that he is the doe’s 2021 fawn, the fawn is her 2022 fawn and that they are playmates/buddies.

Ed Beynon’s analysis is undoubtedly correct, and the young buck and the fawn are siblings rather than parent and child.

Here are the other actors in this minor scene which took place when the older deer crossed though a barb-wired fence but the young fawn found it difficult.

This is the mule-deer doe who easily crossed the fence. 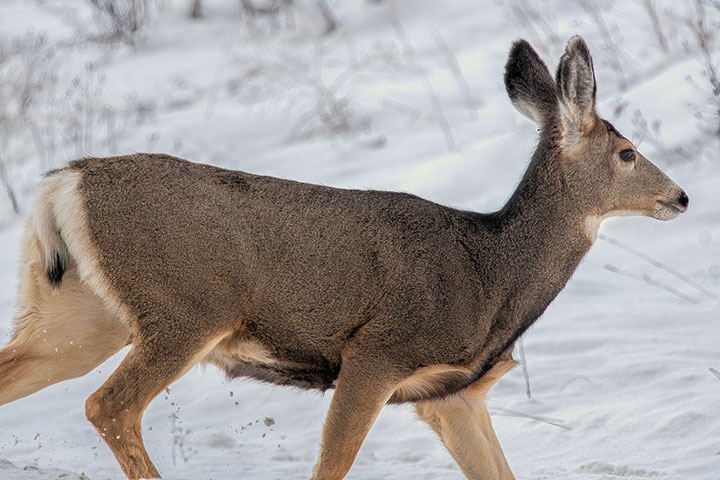 Here is this year’s fawn who struggled with the fences. 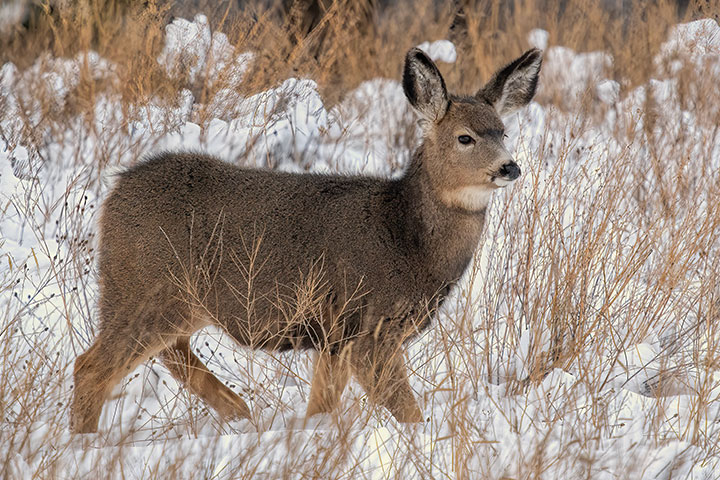 Here , the older sibling looks for a way through the fence maze for the younger one. 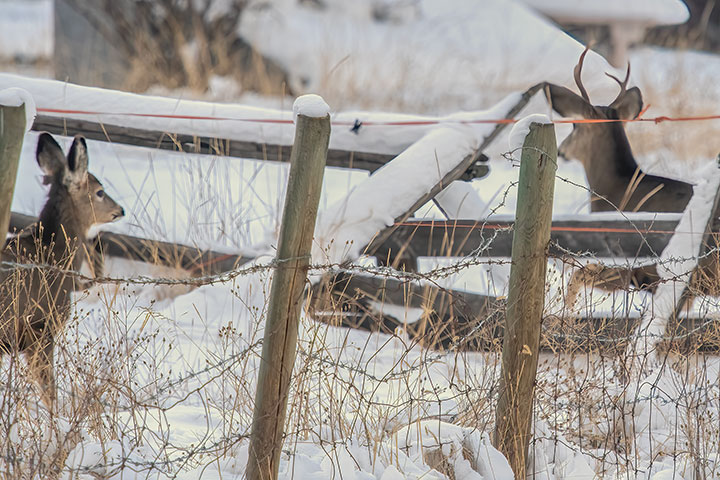