This is a collection of images from March, each of which lacked a posting of its own.

Such observations of nature serve as a balm to my own increasing social isolation. These are creatures oblivious to our present angst. After all, nature doesn’t need people; it is people who need nature.

Yellow-bellied Marmots are impervious to issues of social distancing. Interactions just carry on. 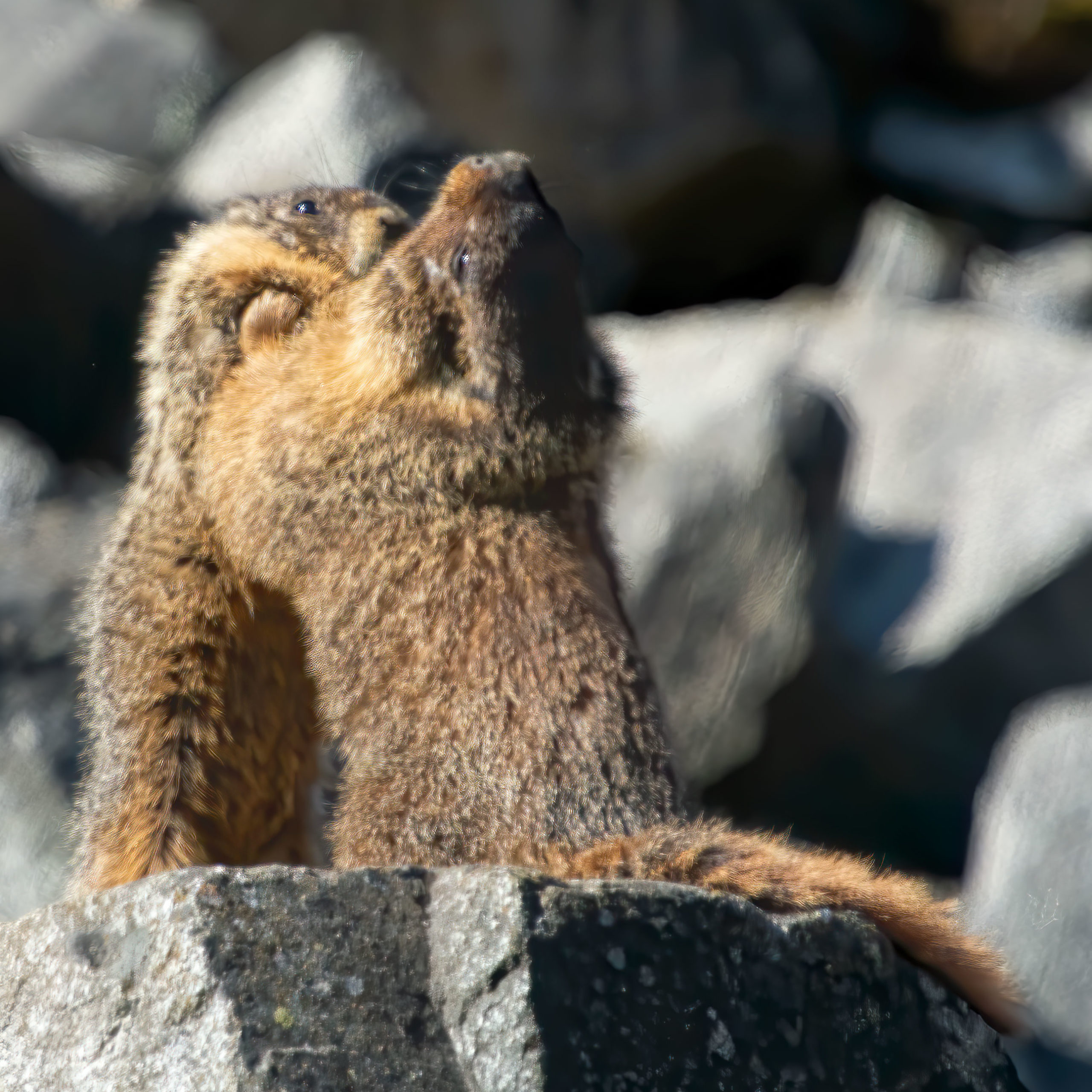 A Red-tailed Hawk couple is seen on distant trees. The female (lower left) is 11% longer and so about 35% heavier than the male (upper right). This sexual size difference is typical for red tails. 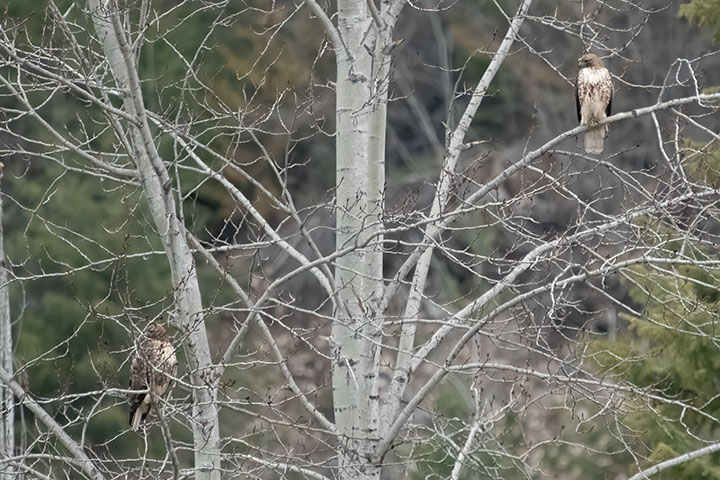 Earlier, the female Red-tailed Hawk is seen with a small creature sticking out of the side of its bill. 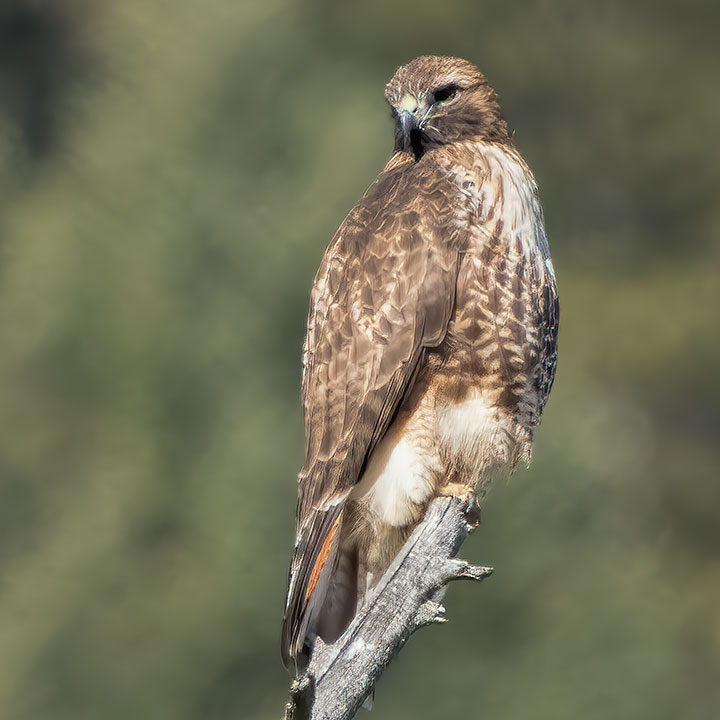 Around here, the Northern Shrike is an uncommon bird of the cold weather. Yet, I see one most often in March and April. These are the shrikes passing through here as they migrate from south to north. Although the shrike is a songbird, it is a wannabe raptor. It has the raptor’s hooked bill, but lacks its grasping claws. 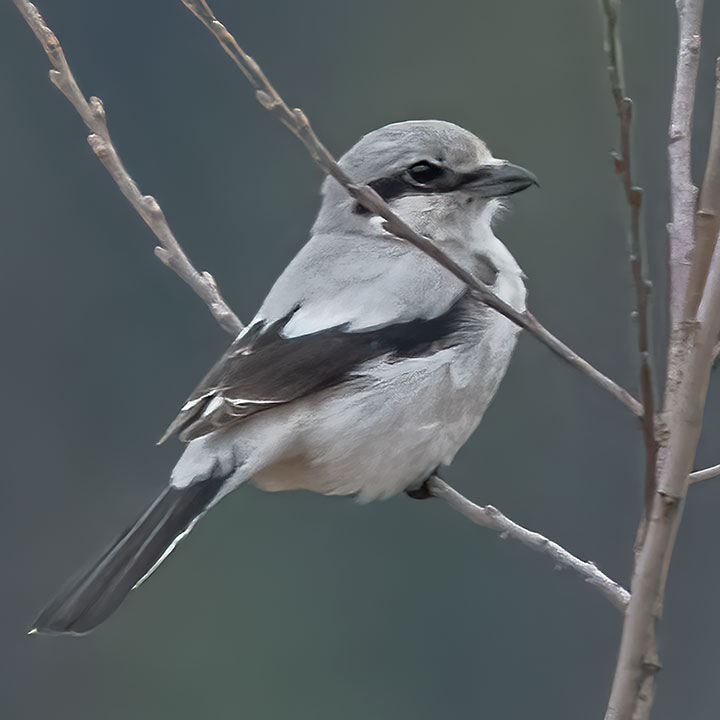 On adjacent days, I saw a juvenile Bald Eagle. Seen first hunting from the air, and next hunting from a perch, it is likely the same bird. 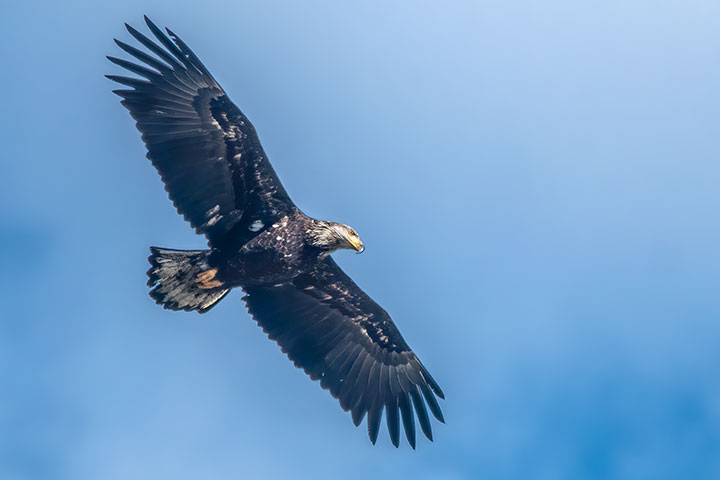 Is this the same bird as above? The colour here seems browner, but then the lighting is different. 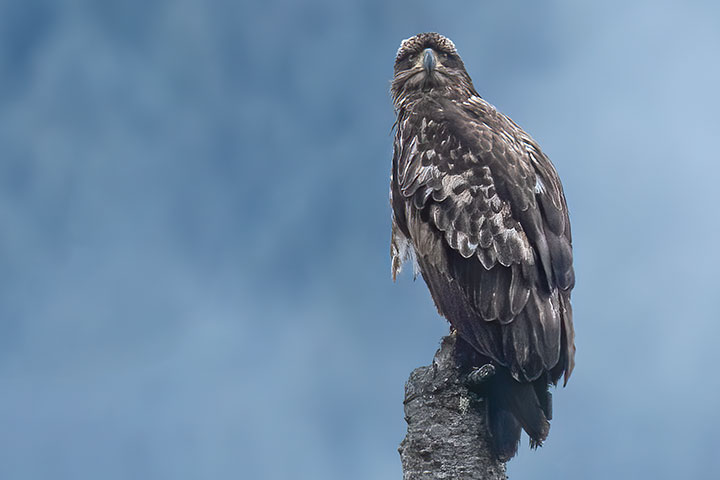 Just as with the shrike, we are experiencing an uptick in sightings of Ring-necked Ducks (male left, female right) as they migrate north past our region. The duck is named for the rather faint ring around the base of its neck. 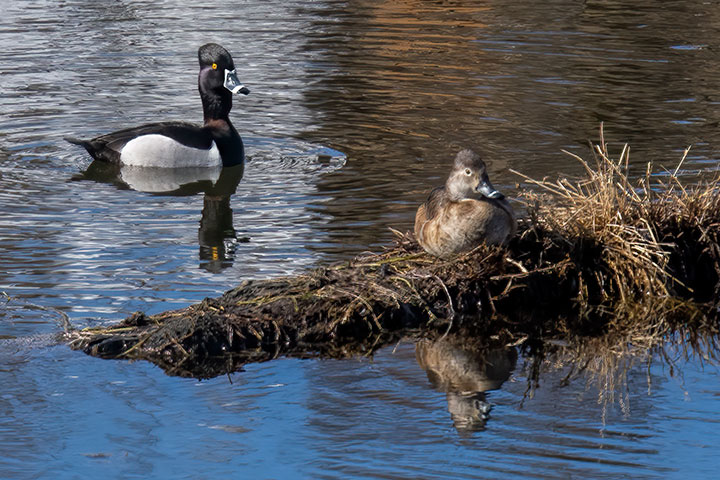 But, the Barrow’s Goldeneye Duck (female left, male right) will now be declining in number with the passing of the winter. 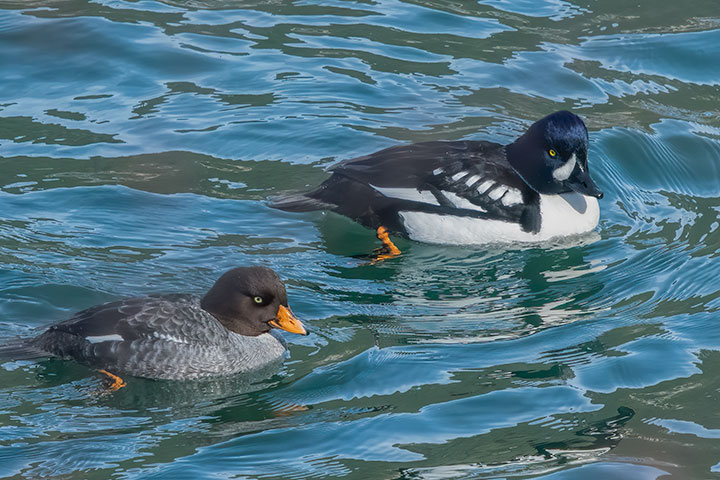 Here is yet another swan. However, this is the less common Tundra Swan, and it is flapping. 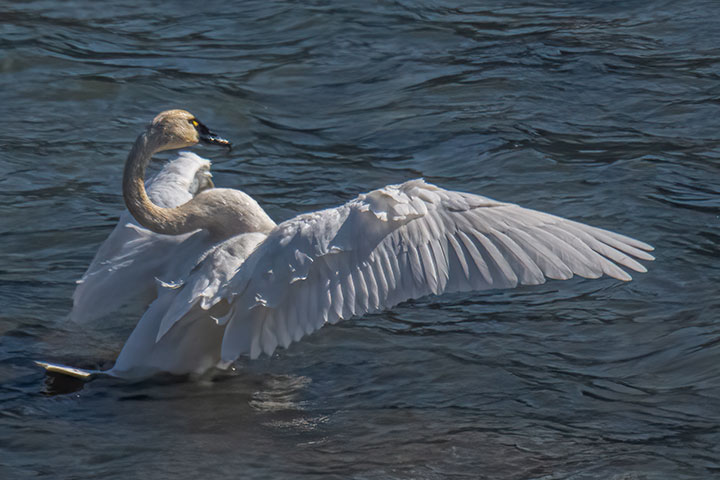