As I watched a Bombus melanopygus in my yard, it struck me that this springtime bumblebee bore a relationship to a bird in a posting of three days earlier. In that posting, Ruby flashes, I showed a Ruby-crowned Kinglet with a modestly uncommon display of its ruby crown.

Bombus melanopygus seems to be named for the melanin in its abdomen and consequently is also known as the black-tailed bumblebee (melano pygus translates as black buttock). The thing about melanin is that while large quantities of it produce black, small quantities of it produce red. (Indeed, it turns out that redheads are just brunettes with small doses of melanin.) In Bombus melanopygus, the concentration of melanin, and so the colour, varies with latitude: The abdominal segments are black in the south, but red in the north. We are in the north, so Bombus melanopygus shows red segments here.

A Bombus melanopygus flies to a new flower and displays its ruby red abdominal segments. 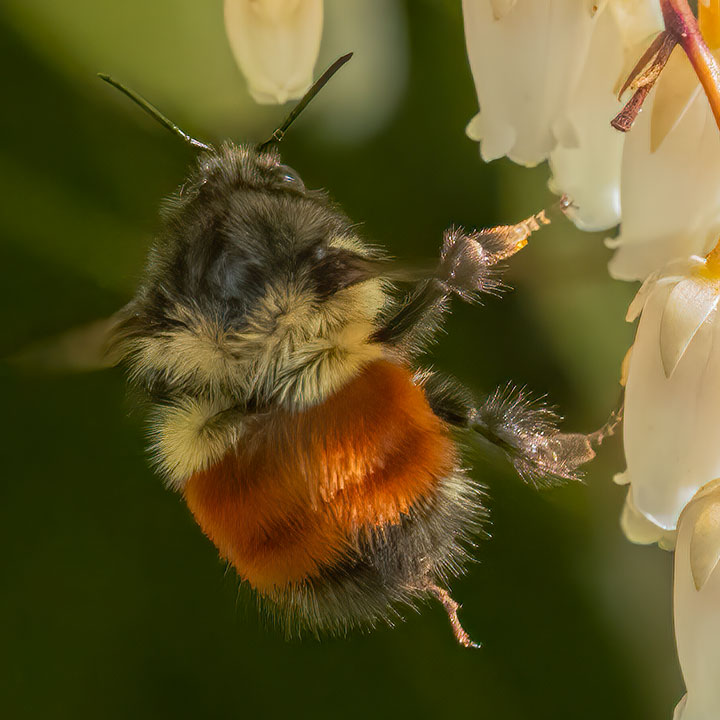