Sometimes one doesn’t know what one has until well after the observation.

As I took the picture, I noticed nothing other than a perched Red-tailed Hawk. When I looked at it on the camera, I noticed that the hawk was holding a stick, possibly for nest building. When I looked at it on the computer, I realized that the stick was a snake. I guessed a species, but when I asked Jakob Dulisse, an experienced local biologist, he eliminated my guess as to a species and opined, western garter snake (Thamnophis elegans). OK, not a stick.

A Red-tailed Hawk has captured a western garter snake, 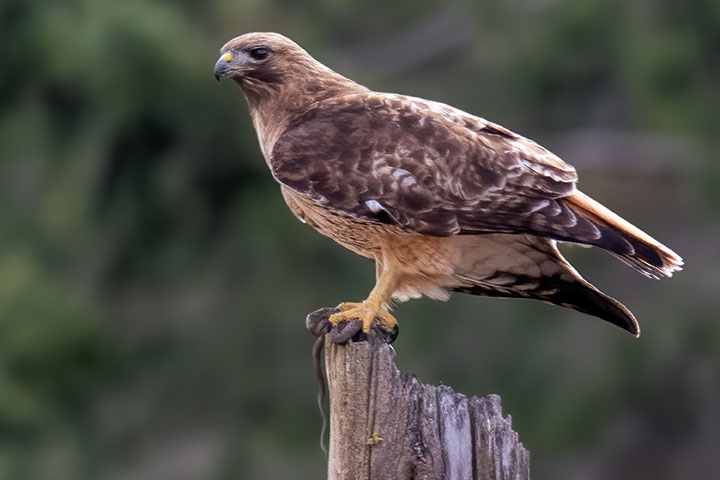 and flies off with it. 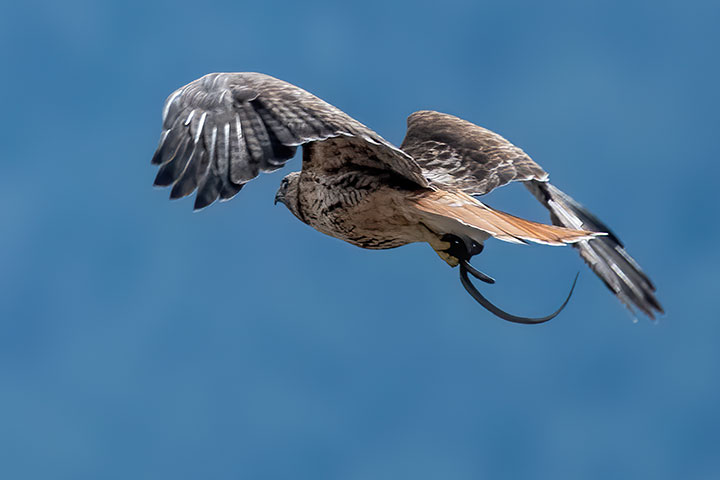 This entry was posted in birds, herptiles. Bookmark the permalink.