My yard lies within the range of a few Ruffed Grouse. I don’t see them every day, but often enough that I get to track some of the species’ idiosyncrasies.

It is winter, and the Ruffed Grouse often now feeds in trees rather than on snowy ground. As the grouse is prey, its eyes are on the side of its head to give it panoramic vision to spot predators. 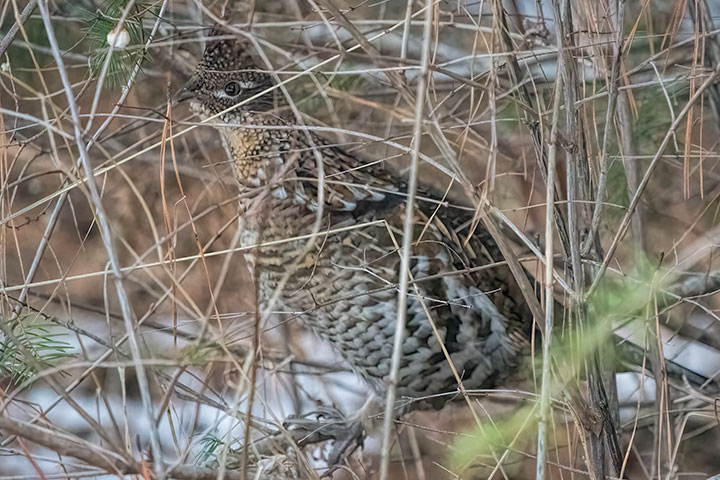 In this view of the back of the grouse, its protruding left eye can be seen. The grouse can actually see behind itself. Also, the unbroken dark terminal band on its collapsed tail is evidence that this bird is a male. 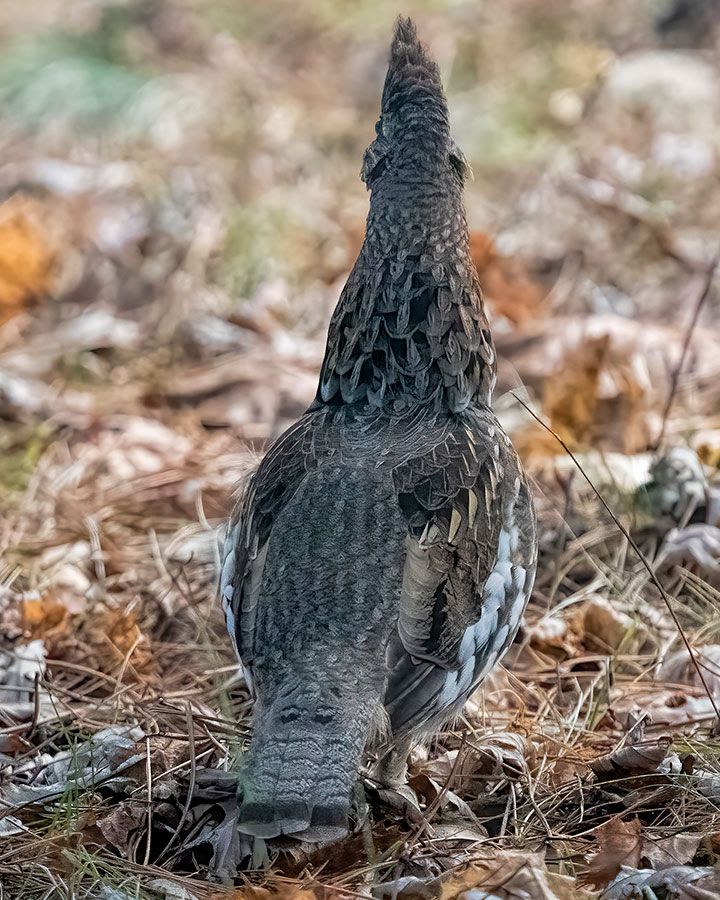 That this grouse is likely a female is evidenced by the dark terminal band on its spread tail. The band is broken in the middle by a greyish section. Alas, while this is suggestive of the bird’s sex, it is not definitive. 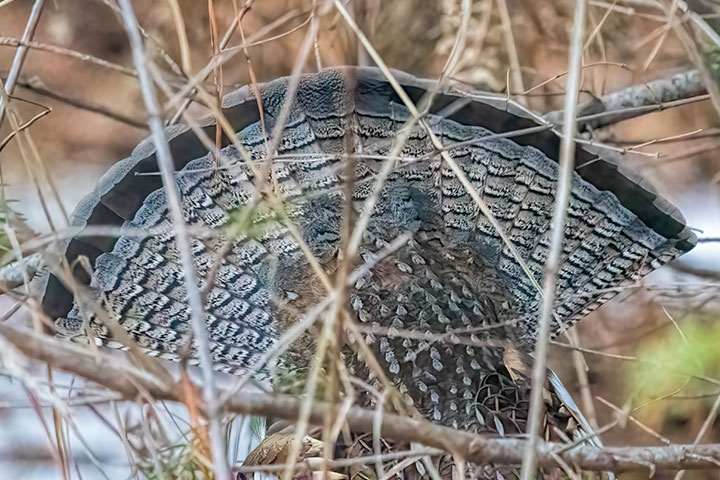