Each of these January images lacked a posting of its own and so is assembled here.

Hooded Mergansers show their interest in each other, even at this time of year, by raising their crests and displaying. These two pictures were taken ten seconds apart. First the male (left) displayed, and then the female responded. 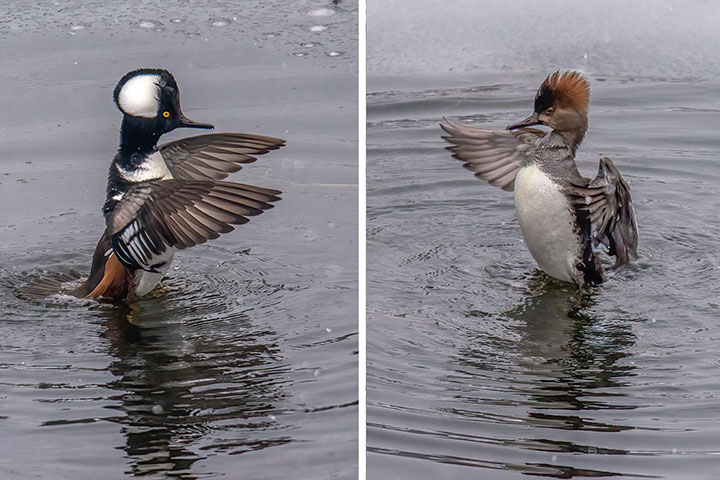 A thorn-covered bush sits beside a creek in the morning. Steam fog, which formed over the creek, has drifted against the branches and lightly touched them with rime. In addition, the resulting high vapour pressure has prompted the growth of hoar frost. 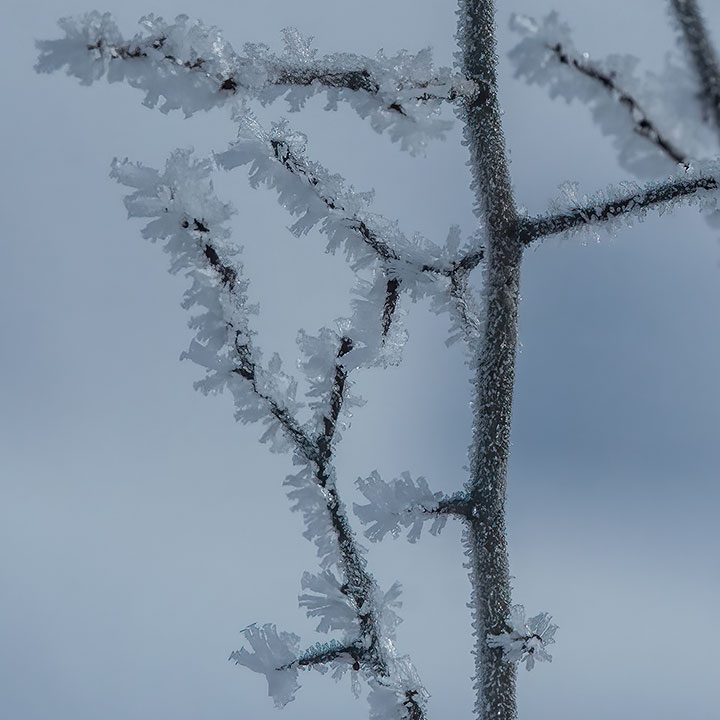 A white-tailed doe stands in a field with her fawn. These deer have difficulty distinguishing stationary things. Once alerted, they stare, listen, and wonder if there really is a threat. They are both waiting to see motion before deciding to bolt. 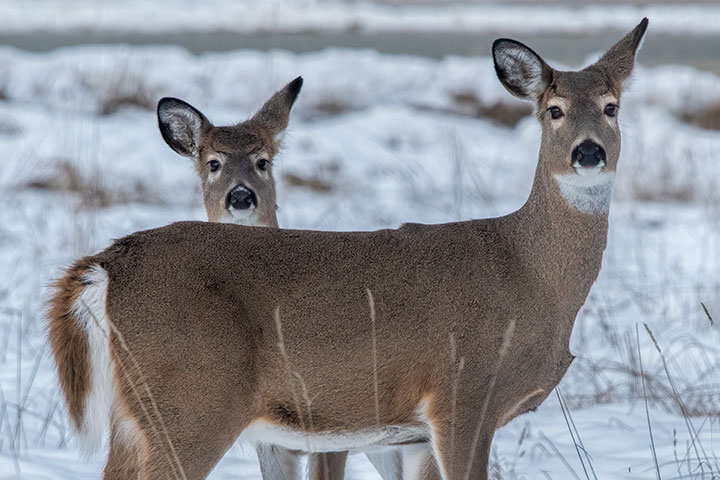 The red of a House Finch is a result of the carotenoids it eats during its moult. Females prefer to mate with the reddest of the males. 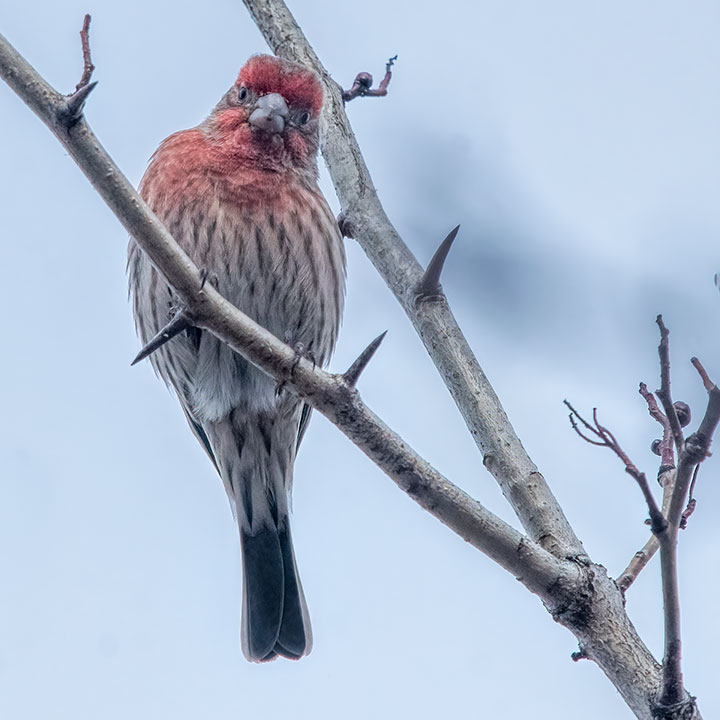 The side of this snow-covered slope is furrowed. During the day, melt water drains to the bottom of the snow pack and runs down the slope. Following similar paths, the flow causes the snow above it to sink locally and so sculpts the hillside with tracks. 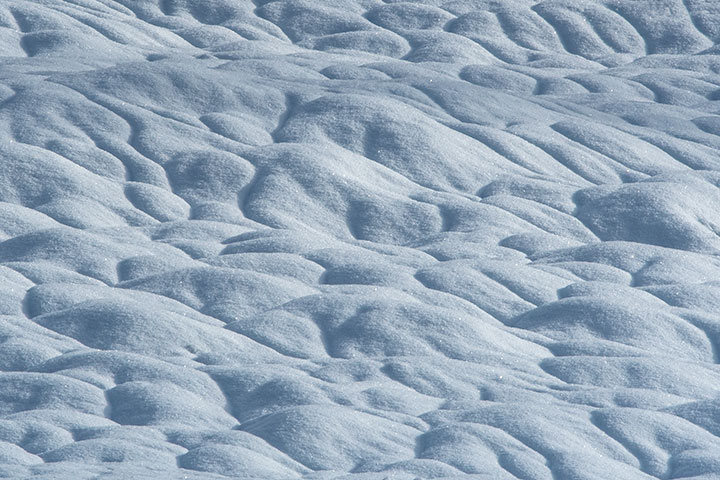 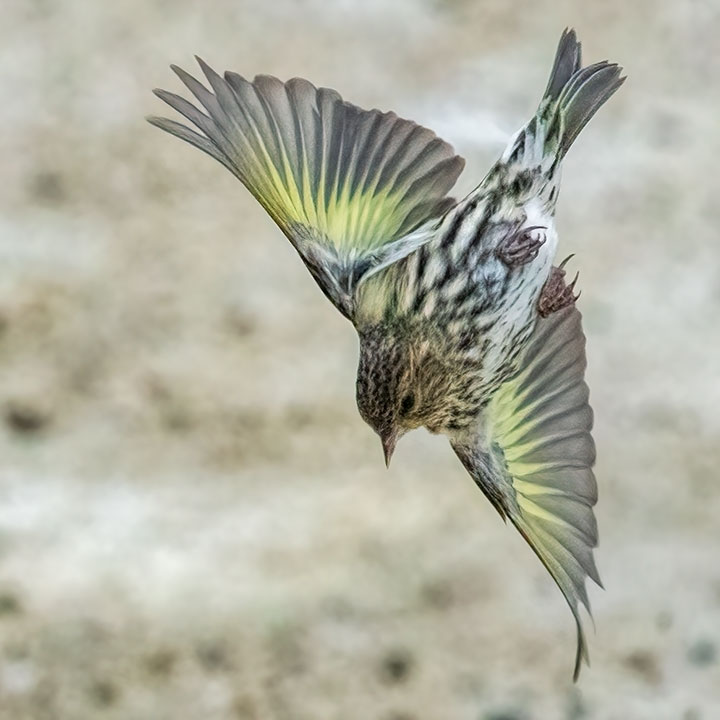