Dipper – the eyelid flashes white when it blinks! This is so different from any other bird that it begs for an explanation.
David Sybley

A dipper has both a dark plumage and dark eyes. Why would it have evolved a white (feathered) eyelid? David Sybley is an authoritative author on birds who knows the literature, and yet he is unable to offer an explanation. Further, up until this morning, I would have accepted his aside that the dipper’s white eyelid was different from any other (dark) bird.

However this morning, I saw another bird with a dark head and dark eyes that sported a white eyelid. That second bird was a Black-billed Magpie. Both the dipper and the magpie are somewhat uncommon locally, yet, if you know where to look, they can be found.

When watching a dipper, I often see it flash its white eyelid. Until this morning, I had neither seen, nor suspected, that a magpie could do so also. The sight was so unexpected that I sought confirmation. I found no images of the magpie’s white eyelid on the web, but on the Cornell website, I read about the Black-billed Magpie:

Now, the magpie I saw was on its own, and so was not seeking dominance. However, the text did acknowledge the magpie’s white eyelid.

So, for what purpose has the white eyelid evolved? The mystery deepens.

A dipper blinks and displays its white feathered eyelid. 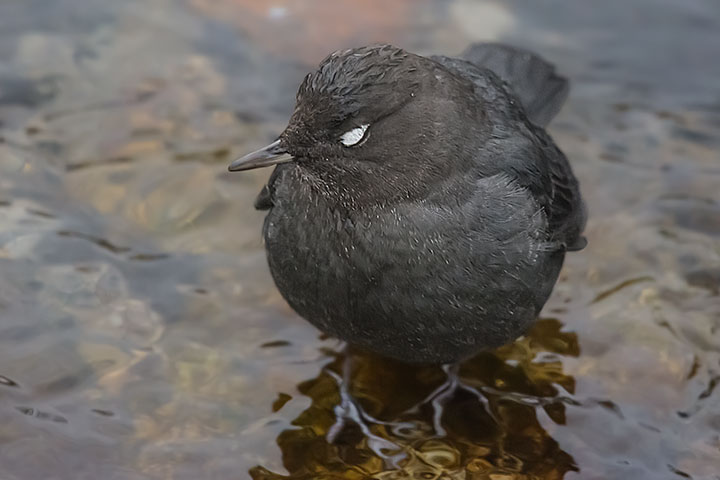 This morning’s shot of a magpie displaying its white eyelid. 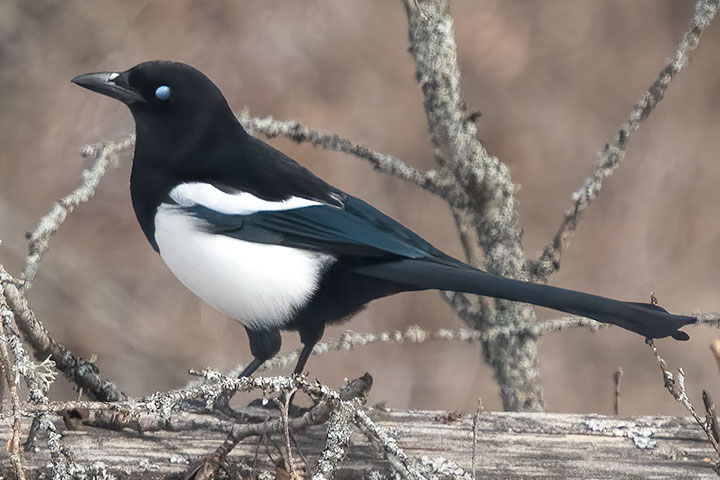