During an open-air flight, a bird will use dangling legs and open claws as a threatening posture towards another bird.

The first time I became aware of dangling legs with open claws being used in a bird attack was over ten years ago when I watched a drama involving an osprey couple and a juvenile eagle. The osprey husband had left the nest and (as is standard cautionary practice) took his half-eaten fish with him. The eagle, seeking something for free, chased the male osprey across the sky in an attempt to steal the fish. The chase went on for about five minutes when the osprey wife (who is the larger of the two ospreys) intervened. As the eagle prepared to attack her husband from above, she positioned herself above the eagle with claws spread and legs dangling, in what was clearly a threatening posture. She was prepared to attack. The eagle did a barrel roll, saw her, and thought better of the exercise. Two mad ospreys was too much and the eagle’s attack was broken off. The couple took their fish back to the nest. (2010/06/05) 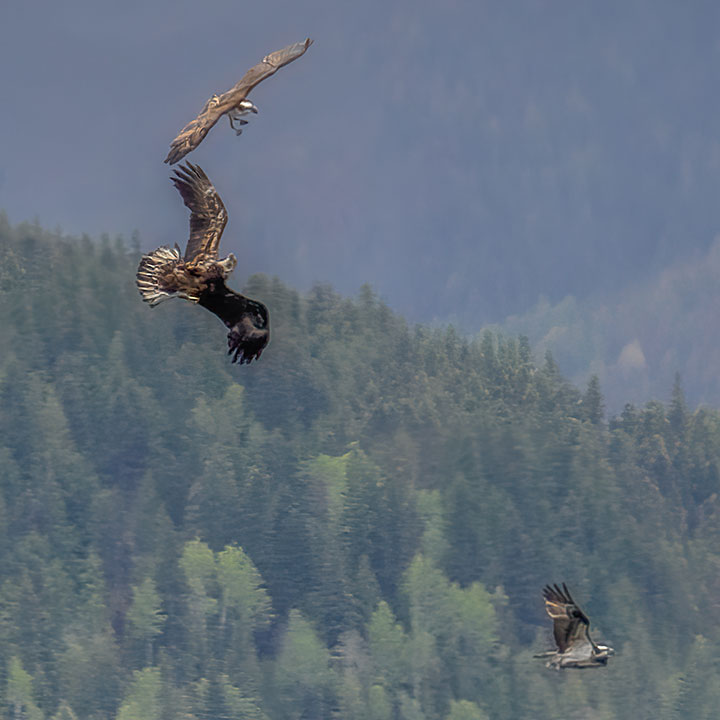 Another time I saw an attack with dangling legs was in 2015 when an eagle succeeded in stealing a fish from an osprey and the osprey (unsuccessfully) threatened the bigger bird. (2016/05/26) 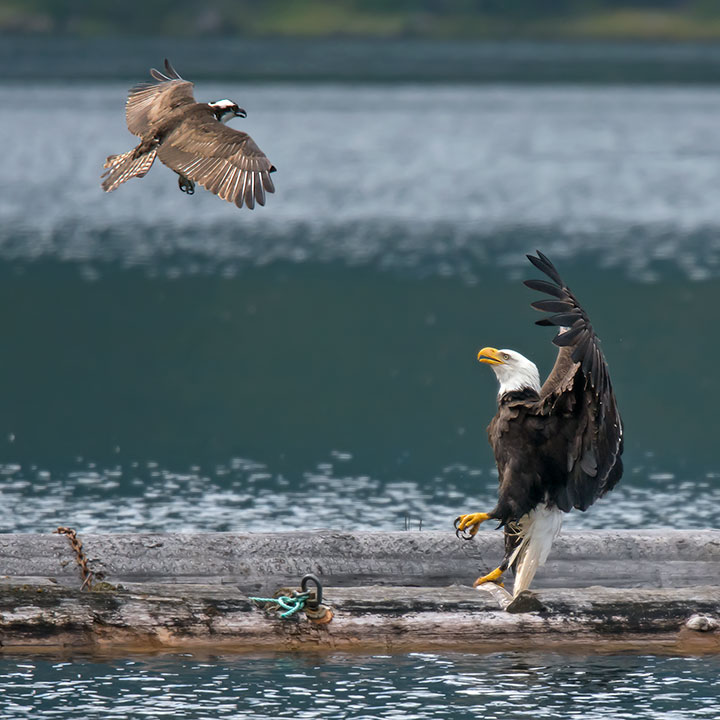 Of course, dangling legs do not necessarily imply aggression. Legs also dangle during take off and landing, as is evident with this Red-tailed Hawk. (2017/03/06) 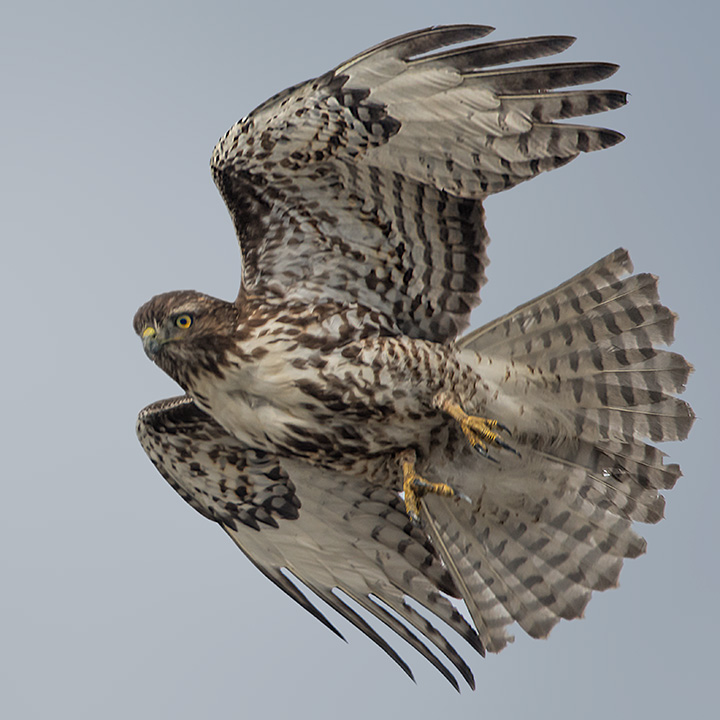 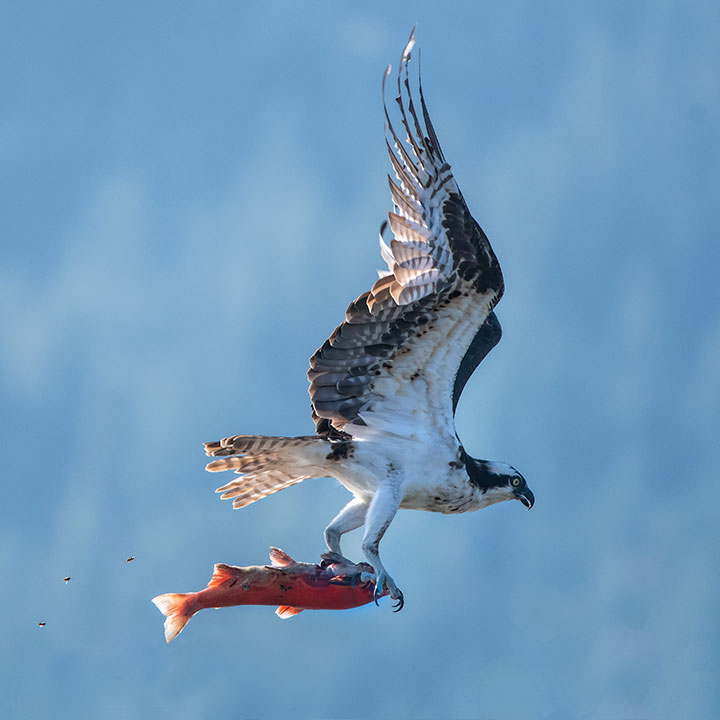 I thought of all of this on Sunday when I watched a raven Red-tailed Hawk harass another Red-tailed Hawk. It was never clear to me why the raven hawk was doing this, but it was unambiguously after the other hawk. Alas, searches of the web have failed to turn up any references to the role of dangling legs as a threatening posture in bird attacks. (2021/03/14) 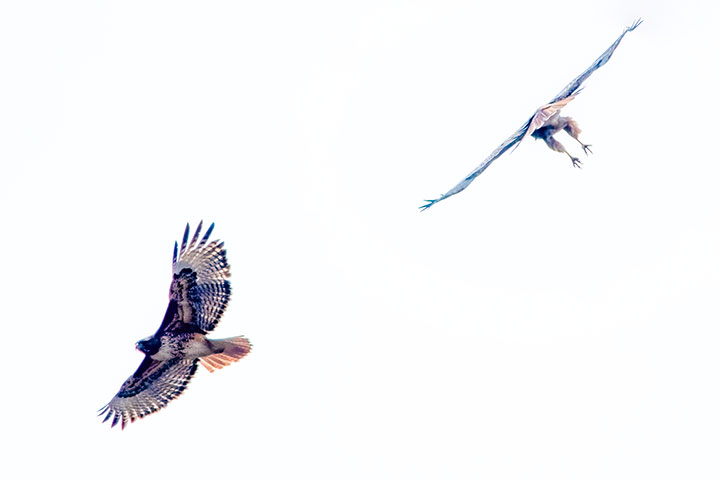