The Merlin is the larger of our two regular falcons. It often takes songbirds by approaching them rapidly from below and behind in their blind spot. On this occasion a juvenile Merlin had captured and killed a Grey Catbird.

The juvenile Merlin was seen standing over its prey, and partially blocking a side road. It held its ground with a look that said: “This bird is mine; Stay clear of me.” 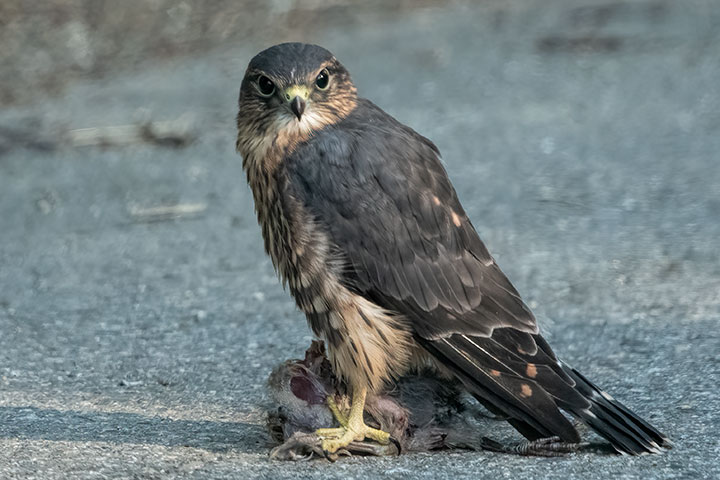 We just waited by the side of the road for passage (but took pictures) as it continued to feed. Meanwhile another catbird (the prey’s mate?) was calling from the branch of a tree above us. 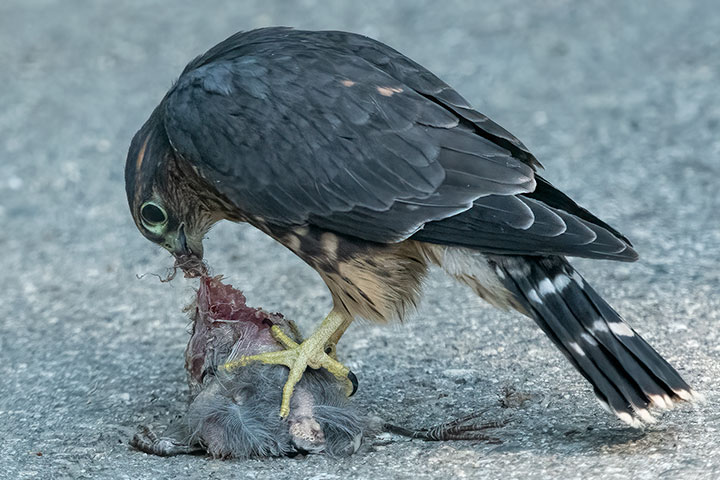 After a while, the merlin became skittish and flew off. It and another Merlin complained bitterly about our presence, so we just drove off. 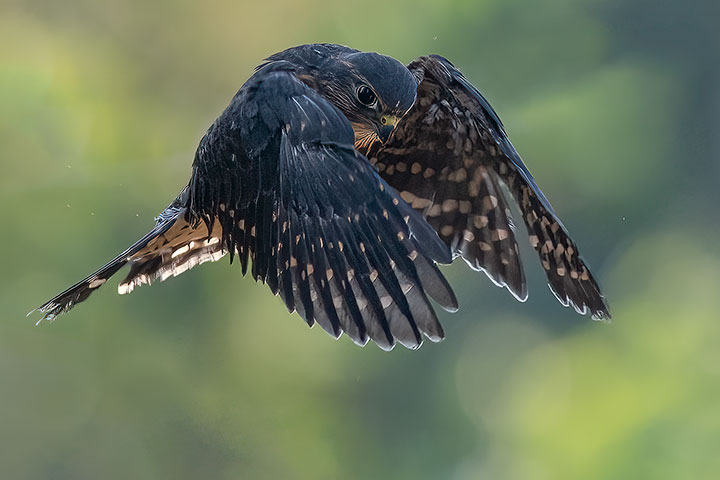 The final flight picture is courtesy of Finn Fraser Grathwol.