Bald Eagles are early breeders. But, January? Well, it seems so.

The early part of this minor drama was seen but not recorded. A female eagle was sitting on a branch and suddenly began to call. Soon it was visited by another calling eagle.

A male eagle landed a little farther out on the branch and both called incessantly. This picture was taken by Cynthia Fraser. 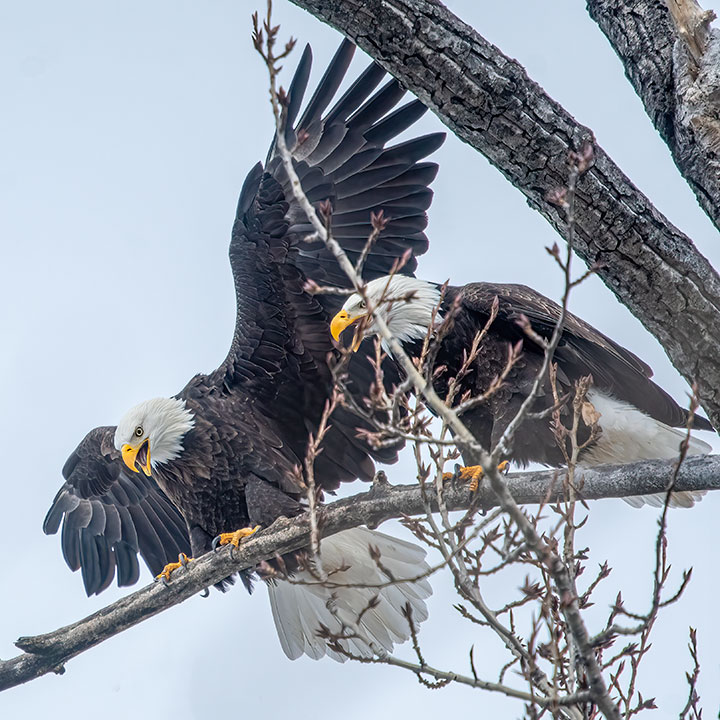 Once they settled down on the branch, it was easy to tell which was which. Among raptors, the female is bigger. Bald Eagles mate for life. 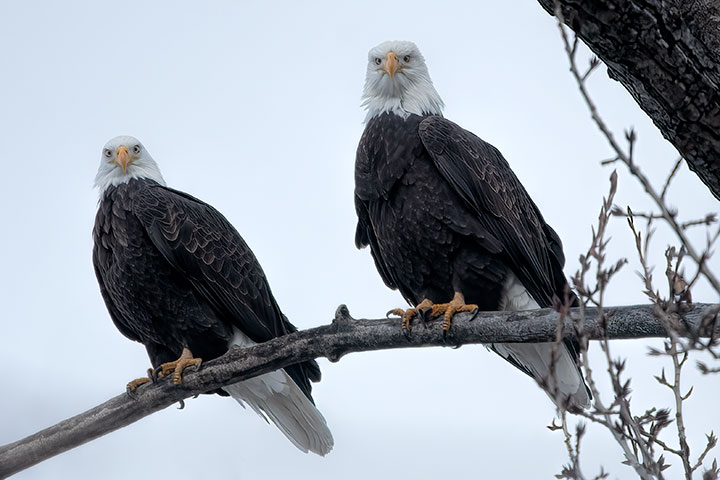 5 Responses to Hints of eagle love