The Pygmy Owl lives in the alpine forest for most of the year, but in winter, it moves to lower elevations. Here it feeds on songbirds, particularly irruptive birds, a bird which occasionally migrates to a southern area in large numbers based mainly on food supply rather than a hormonal change.

So far this winter there have been a few irruptive birds, but not enough to satisfy the Pygmy Owl’s appetite. Consequently, there seem to be few Pygmy Owls around.

Saying there are few, doesn’t mean there are none. Here is a Pygmy Owl high in a tree. 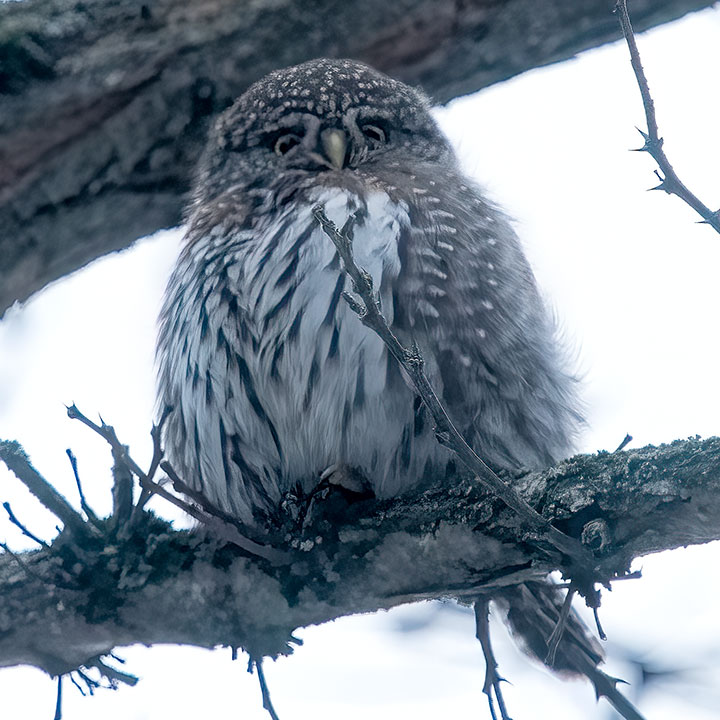