I watched two Red-tailed Hawks soaring together for about 10 minutes.

Undoubtedly a mating pair, the soaring Red-tailed Hawks were in the same thermal but were rarely close enough to be captured in the same picture. Yet, now and then…. 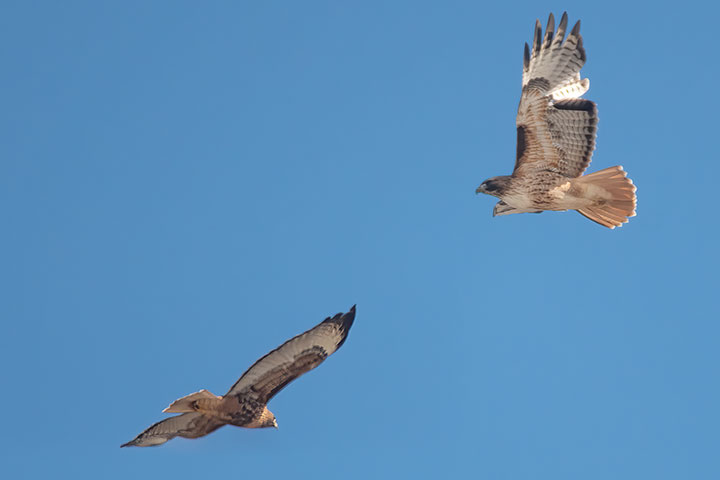 This picture, below, is a composite. It shows the two apparently mated Red-tailed Hawks. Such hawks have an extremely variable plumage, and some of this variation can be seen in the couple shown here. The named feature, the red tail, is most evident on the dorsal surface where it appears brick red, but it is somewhat visible as a pink on the ventral surface, as seen here. However the red tail is not visible on immature birds.

The feature that uniquely identifies the Red-tailed Hawk is the dark patagial mark on the underwing. This is the dark line on the leading edge of the first half of the forewing (between the body and the wrist position). Now, it is not possible in these views to distinguish the sex of the bird, but as the female is usually larger, I guess that she is the left bird.

The variation in plumage is easily seen on the wing’s ventral coverts and the belly band. Both birds (particularly the left) are undergoing moulting with flight feathers missing about half way along the wing and on the left side of each there is a feather that appears to be upside down. 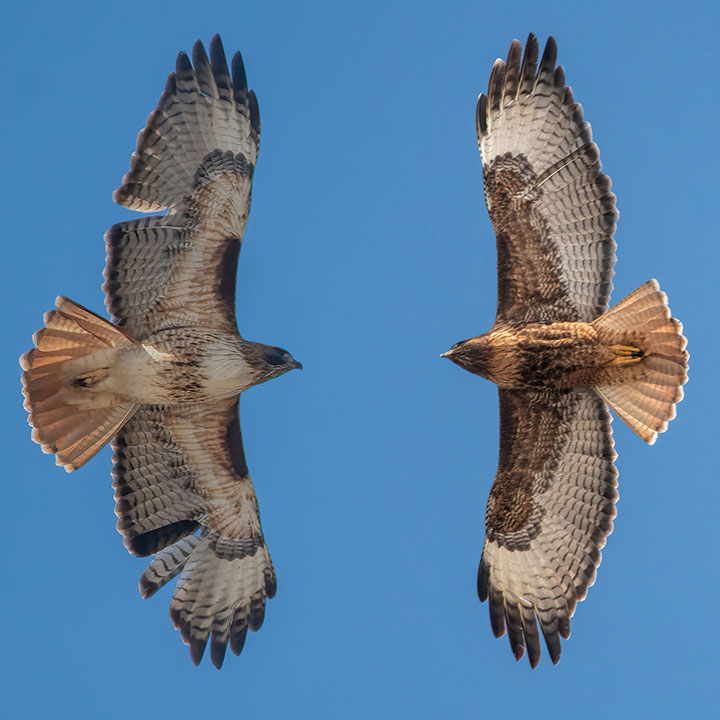