The Killdeer is a shorebird with the longest (temporary) stay in these latitudes. It is common here from (perhaps) March to September. I saw my first ones on the second of April. Indeed, there were five of them, but never close enough to appear together in a picture.

The Killdeer is a shorebird with a red eye ring. 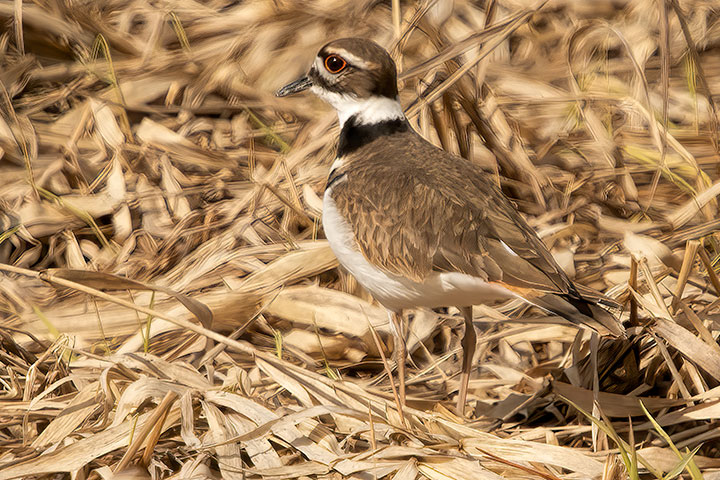 It has two black bands on its head and two on its breast. 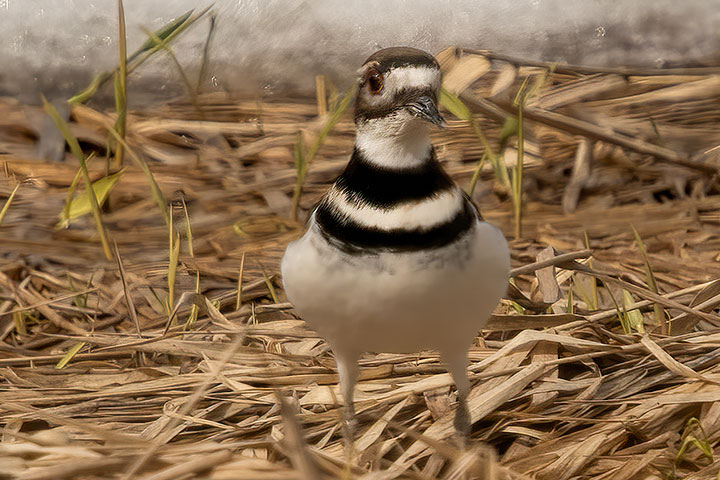 And has long wings. 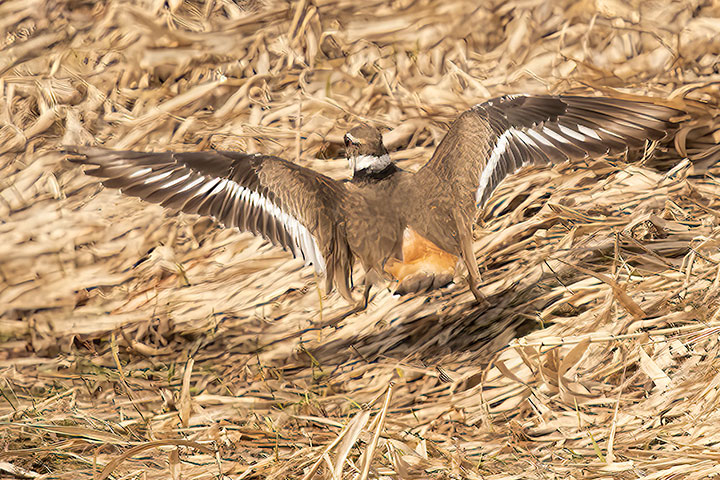