This is a collection of March pictures that lacked a posting of their own.  Spring migrants arrive in March, although this year, their arrival was delayed by snows so most  migrants appeared later in the month.

A few weren’t migrants. Although Bald Eagles are with us year-round, they do breed here. Yet, being near the northern boundary of residency we also get many eagles passing through. A picture of one that could have been included with with an earlier posting is of an adult diving from a tree. 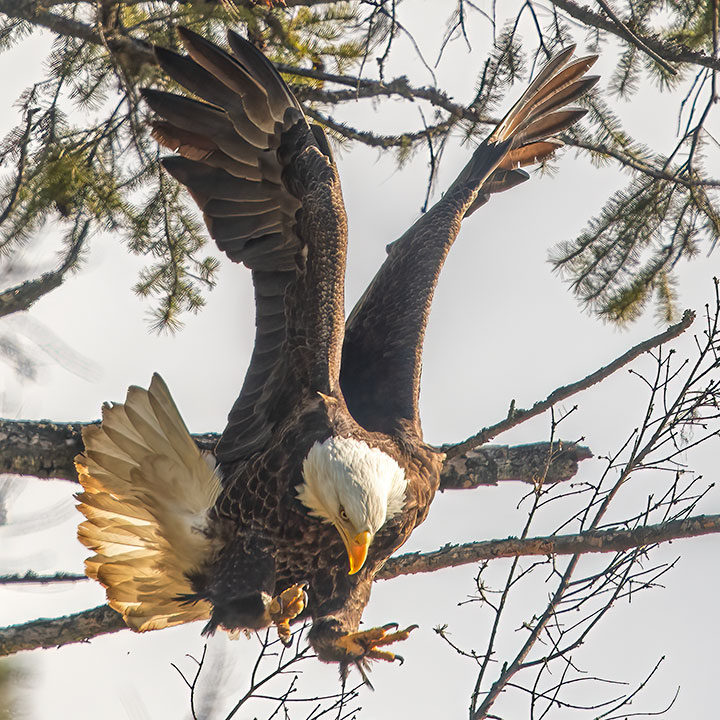 Even those who aren’t migrants change their habits come Spring. Only once before have I managed to get a picture of this brief springtime activity. This tree squirrel is collecting dried grass to line its nest to provide a soft bed for its forthcoming babies. 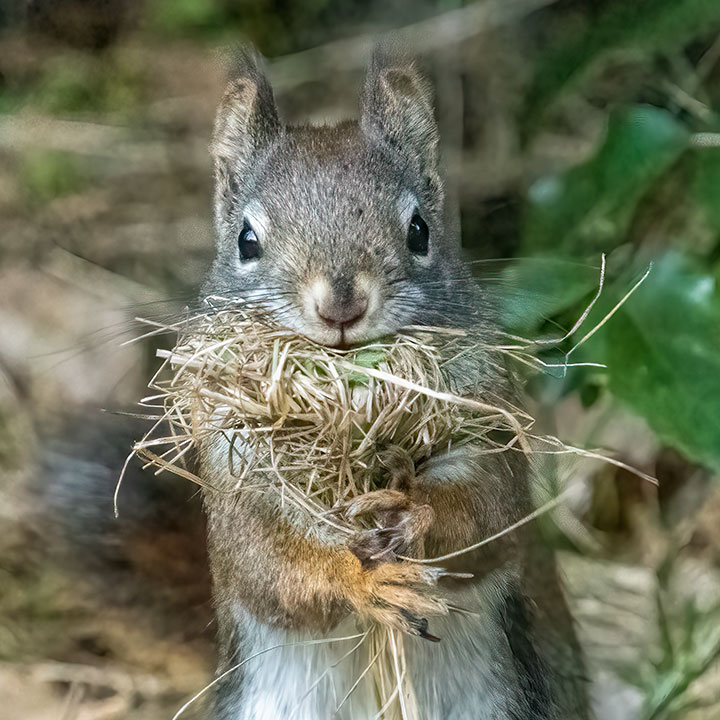 Some of the differences are remarkably subtle. This is a female Ruffed Grouse. She doesn’t migrate and she looks much the same year round. But look at the thin whitish line on the upper edge of her eye. On females this white is thin to nonexistent. This is distinguished from the male (posted earlier in the month) and included next. 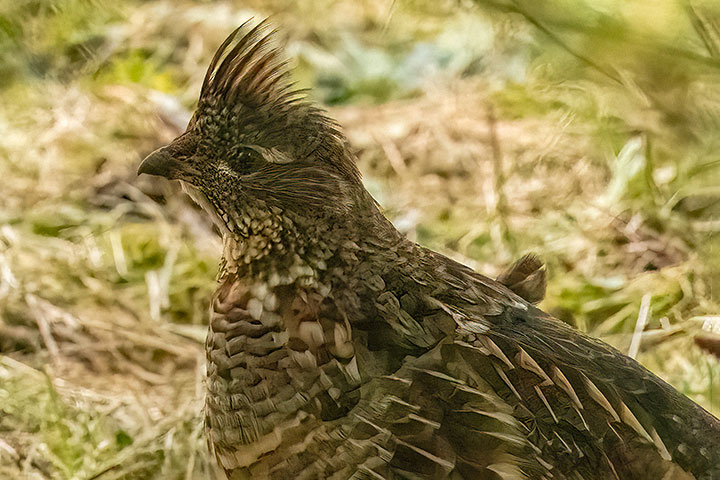 On the male the upper edge of the eye has a thick whitish line. Of course in this shot, he is also displaying his ruff, but that is a momentary display. 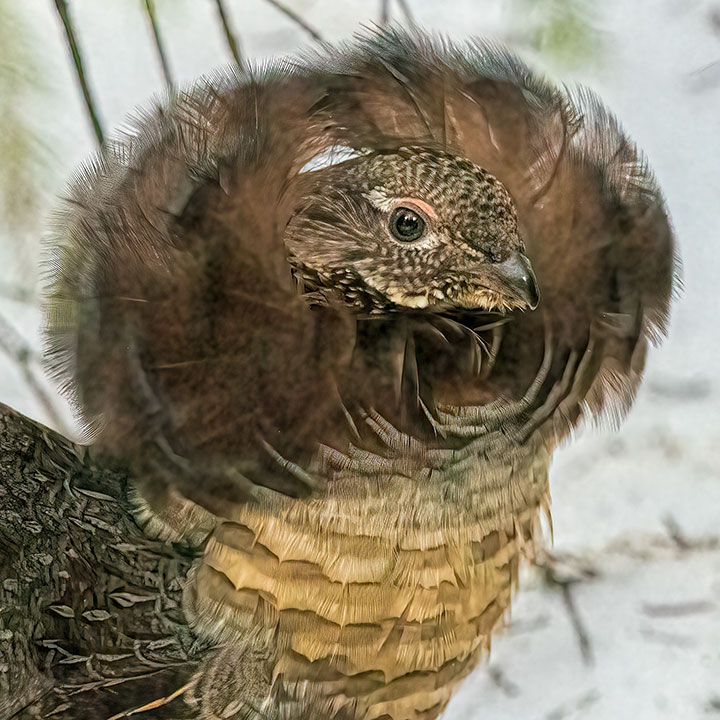 But we do get many migrants. Two of my favourites are both bluebirds. The Mountain Bluebird is widespread from far south of us to far north. 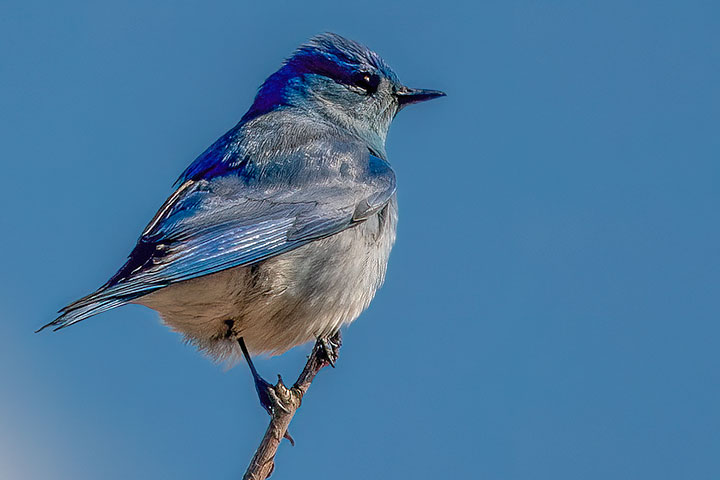 The Western Bluebird is only barely here. It is distinguished by an orangish breast. 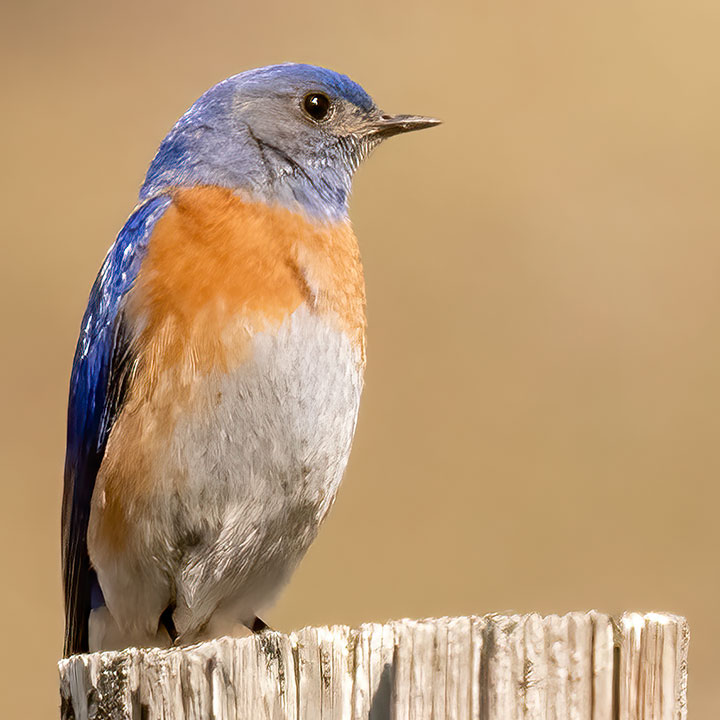 There are a number of swallows. This is the Violet-green Swallow. 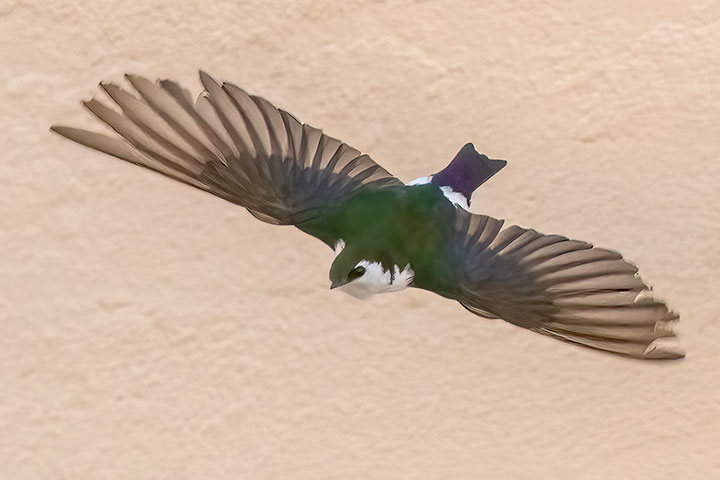 We only have the Turkey Vulture from about 15th of March to 15th of October. 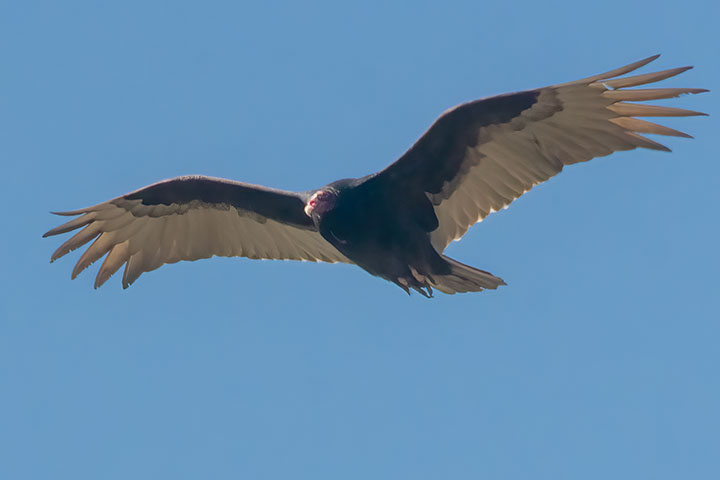 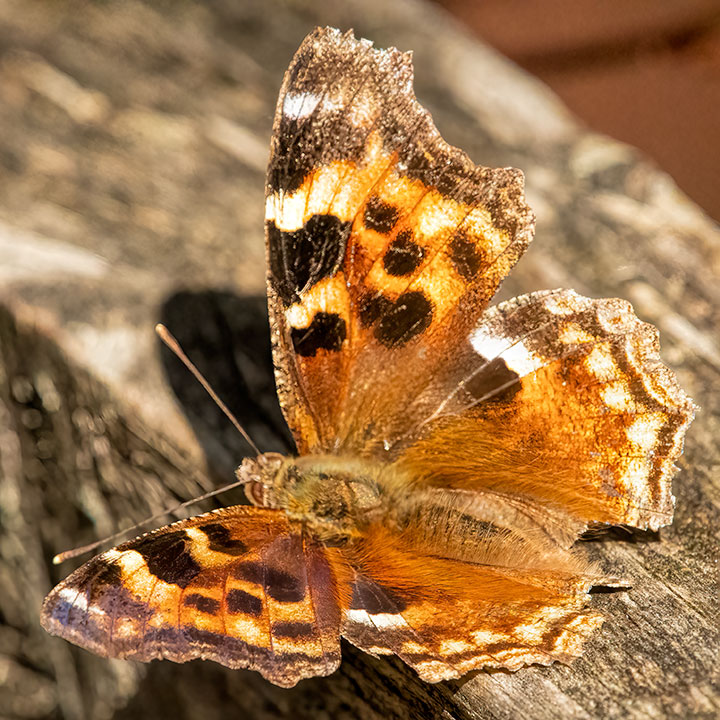 This is an unusual picture of a Red-tailed Hawk. Although it is from behind it is carrying a Columbian ground squirrel that it has just captured from a field. I have never seen it take a ground squirrel before; they have a rather good alert system. Imagine waking up from hibernation only to be captured by a hawk. Photo by Cynthia Fraser. 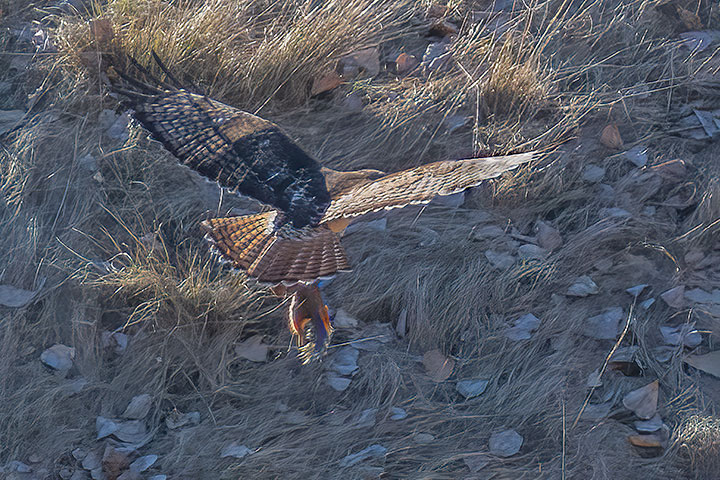 This is a Merlin, our second smallest falcon. While we might see them at almost any time of the year, they are more common during the migration period. 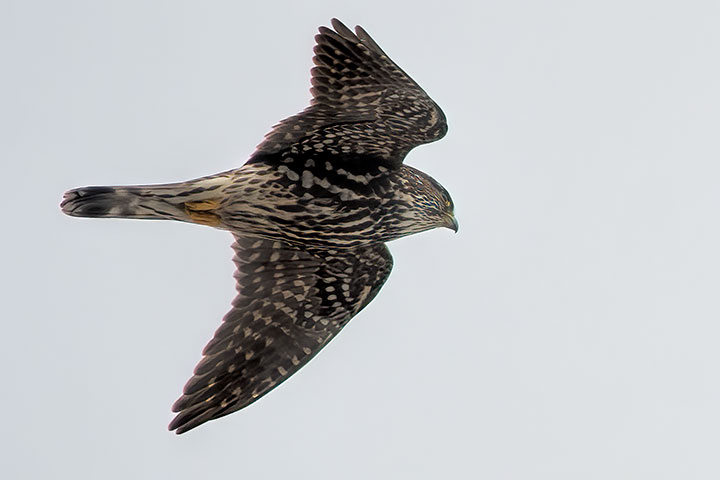 A dozen images is enough. Photo by Cynthia Fraser. 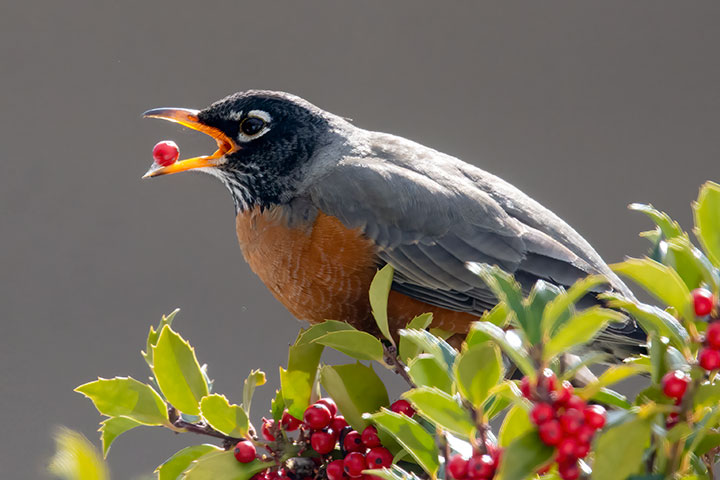 There are many others.