This is the first time I have photographed the Great Horned Owl in Nelson. But, here it was with its partner and its three chicks, the latter in down. The spot could be considered as ideal for raising a family — just think of all of those pigeons for food. And the admiring crowd of people are probably not much of a nuisance for they are far below.

I visited them early this morning in a light rain.

The one adult sitting alone was probably the male. 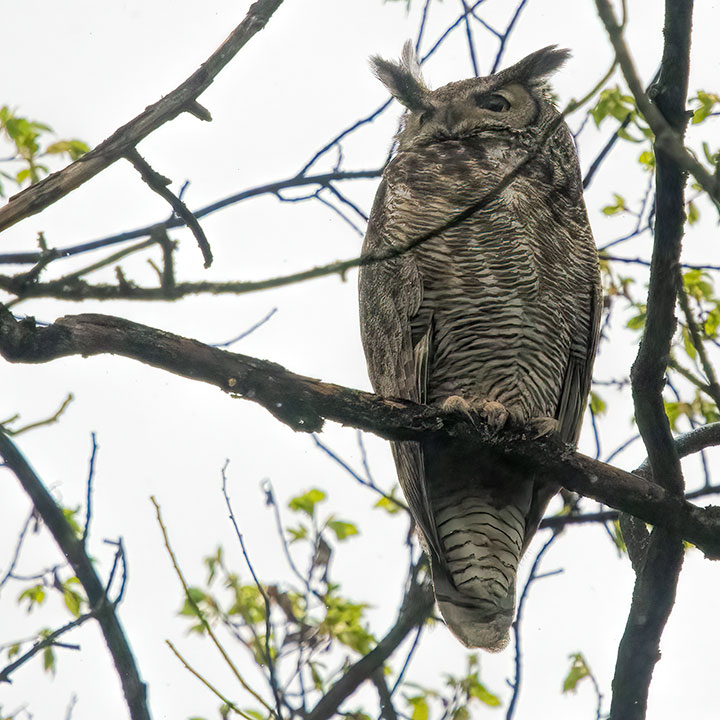 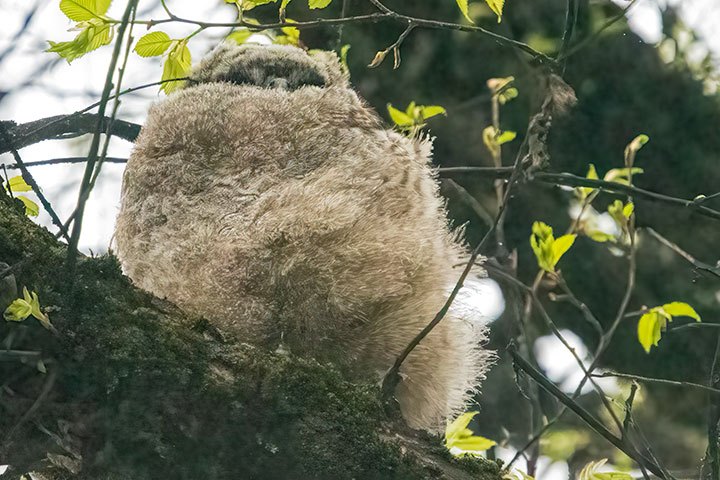 Another downy chick was resting beside a sleepy parent, probably the female, 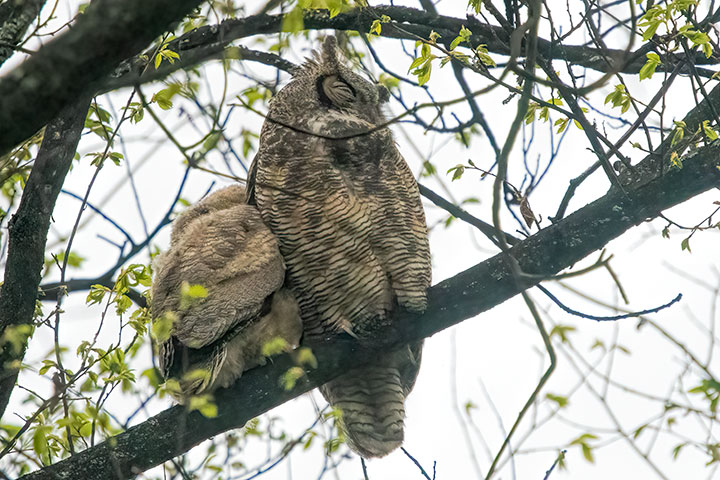 That chick looked at me wide awake. 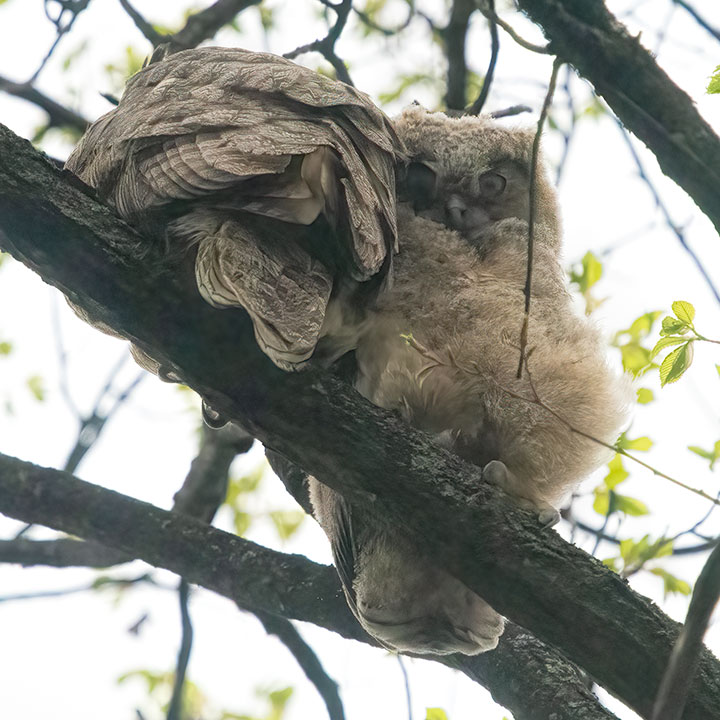