This is a collection of June’s pictures that lacked a posting of their own.

June began with a dipper feeding a bug to one of it three chicks. 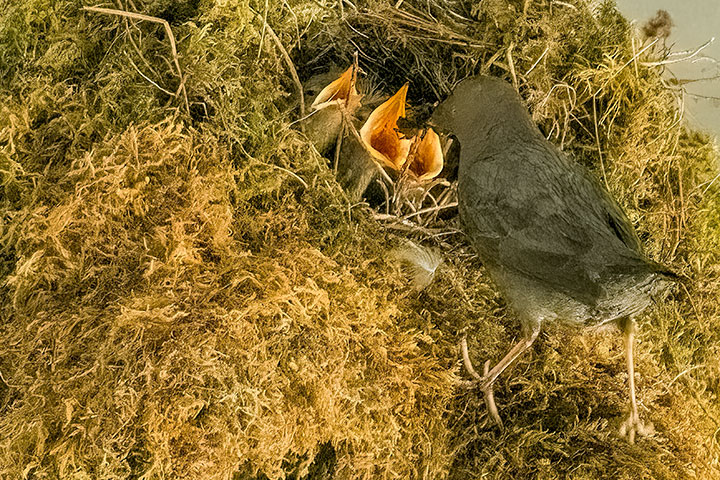 This purple virgin’s-bower (Clematis occidentalis) is a western flower. If one asks an app, it is often said to be a purple clematis, which is actually only found from Ontario east. Photograph by Cynthia Fraser. 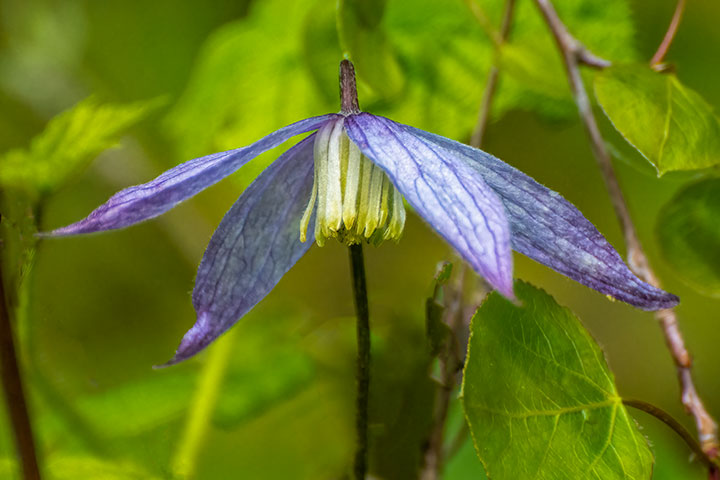 This is a catbird singing. The striking thing is that the catbird (which does have a mew call) also mimics the calls of many other species and sings their songs. 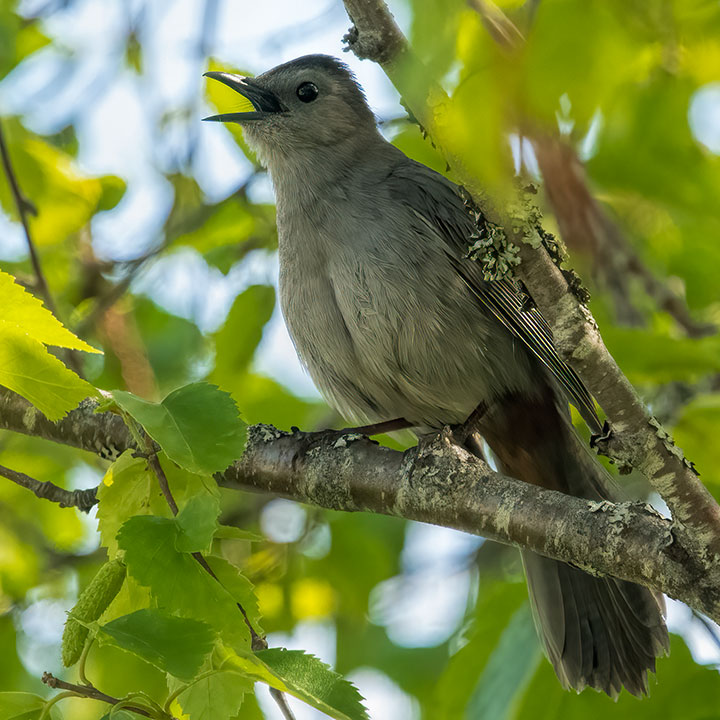 The Great Blue Heron occasionally stands with its wings spread like a balalaika as it faces the sunlight. It is baking its parasites. Further evidence of this is its extended neck and its panting as it attempts to keep the blood cool that reaches its brain. 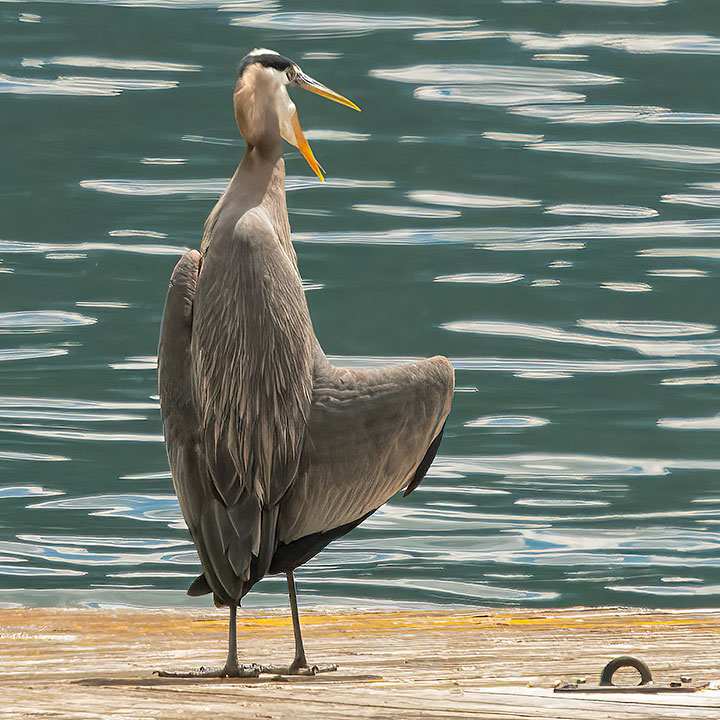 The Black-chinned Hummingbird is well-named: it has a black chin, indeed it whole head is black. Of course with the right angle of the light… 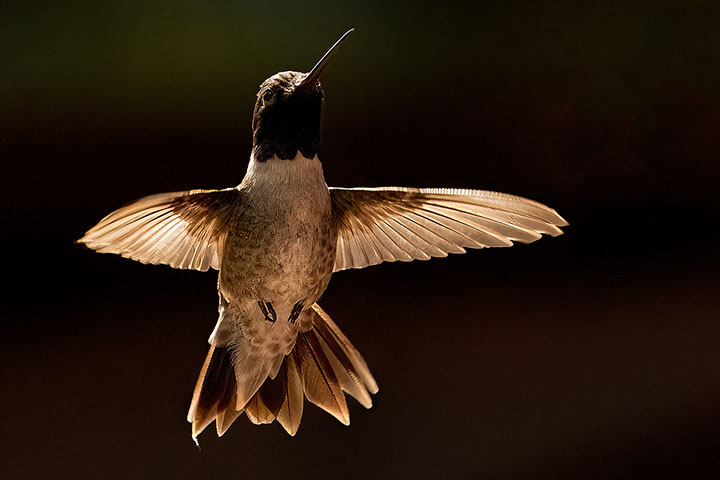 …the black chin can turn purple. The chin is iridescent and can be used to send signals. 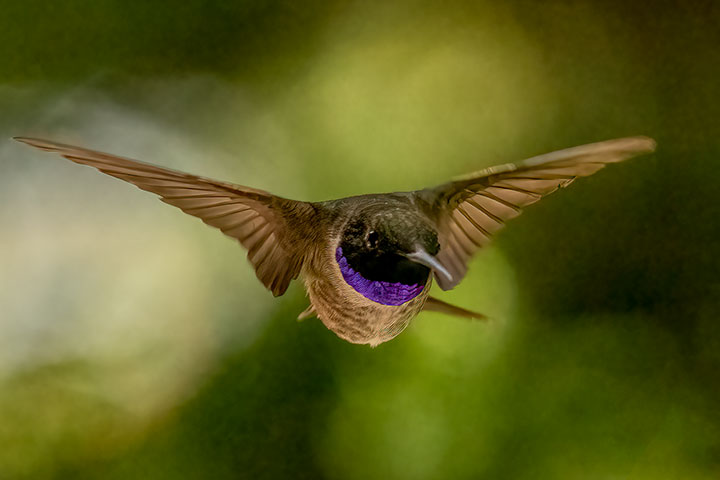 There are three species of garter snakes in the province: the common, the western terrestrial, and the northwestern. I believe that this is the Northwestern Garter Snake. Photograph by Cynthia Fraser. 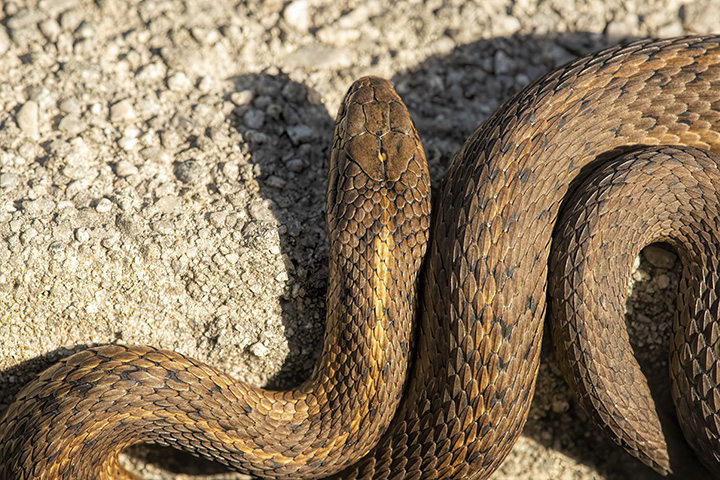 June ended with a double rainbow. 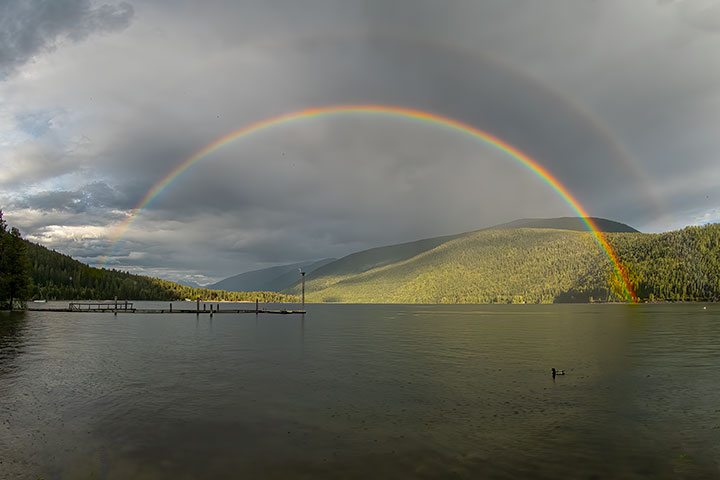 This entry was posted in birds, herptiles, weather, wildflowers. Bookmark the permalink.