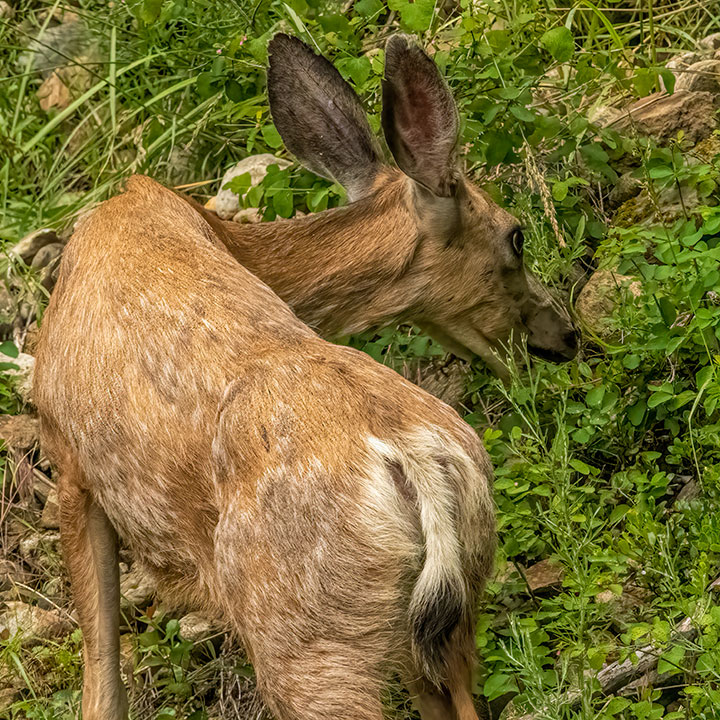 This posting was prompted by the scruffy-looking female mule deer that was feeding on clover in the picture on the right.

There was something odd about it. Her body is adorned with whitish splotches. Yet, it seemed too early in the year and she seemed too big for this to be the result of the spots displayed by fawns.

Better look at a side view.

This is a moult pattern. The orange is the summer pelage; the white is what is temporarily left over from the winter. But, that pelage is dark, not white. What is going on? 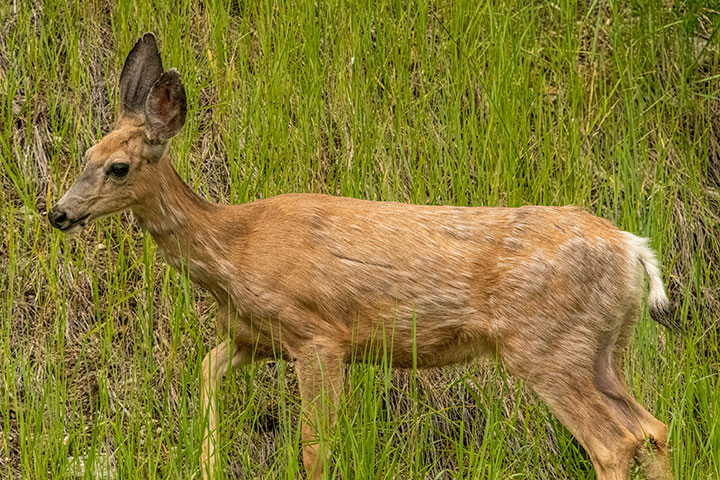 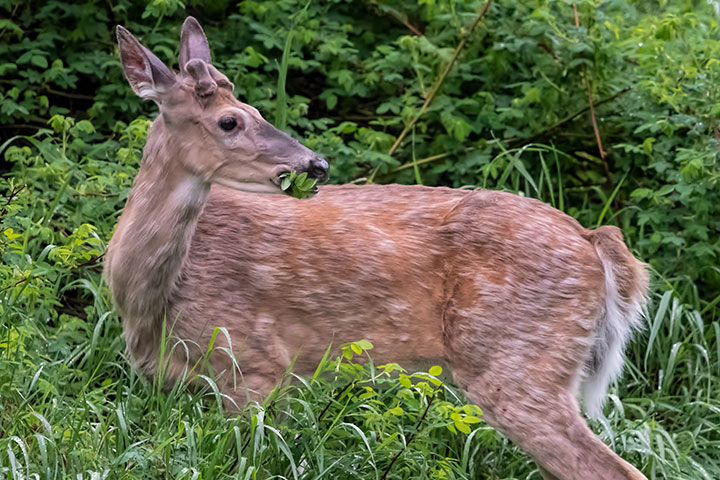 In the summer, deer wears a orangish pelage for camouflage. Now, humans clearly see an orange deer against a green background. But, that is not the case for all animals. Deer have two colour receptors (at the long wavelength end) and don’t see the difference between orange and green; they both look a neutral grey. So, the deer thinks it blends in with its background. But more to the point, the principal predators, coyotes and wolves, have the same deficiency and see orange and green as shades of grey. This is actually a good summer camouflage for deer. 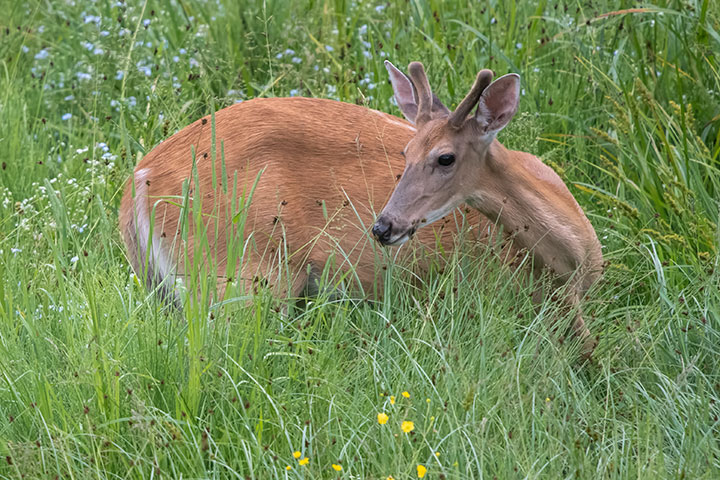 However, moulting is a fact of life for deer that must renew its fur and the winter brings a duller brownish shade which blends in with the colourless surroundings. It also provides more insulation, for in winter there is an undercoat of (what are called) guard hairs. 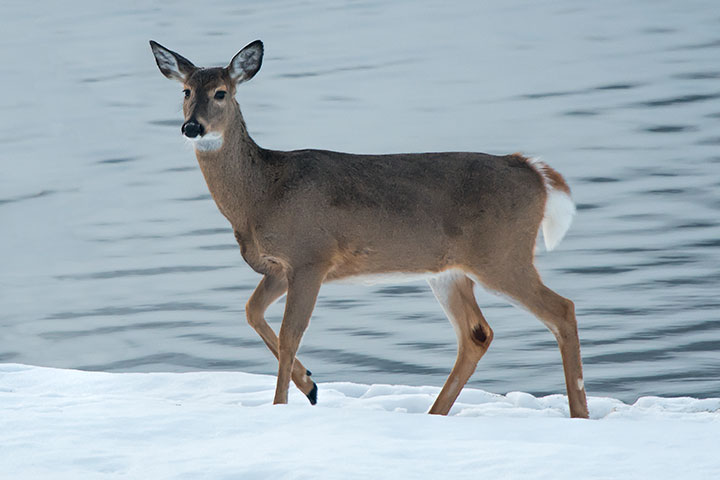 There is a remaining problem. The spring moulting shows the orangish pelage, but with flaky whitish patches. I think these patches are the underneath guard hairs of winter, which vanish in the summertime. Is that the colour of the guard hairs? I cannot determine this, but this one picture of a winter deer with claw marks from a cougar suggests that the underfur is that colour. 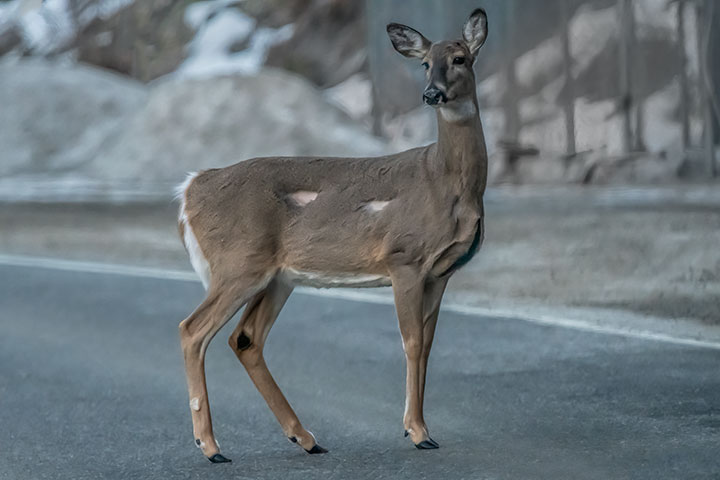 So, both deer species go through a spring moult at this time whereby the pelage looks orange with white streaks.