Yesterday, at about noon, there were wave clouds in the sky. I was admiring these when the sun moved over slowly behind one. Then the most marvellous series of colours appeared close around the sun.

The iridescent colours were very bright, normally too bright to look at and so are rarely noticed. However, by decreasing the camera’s exposure, I was able to capture a bit of it. 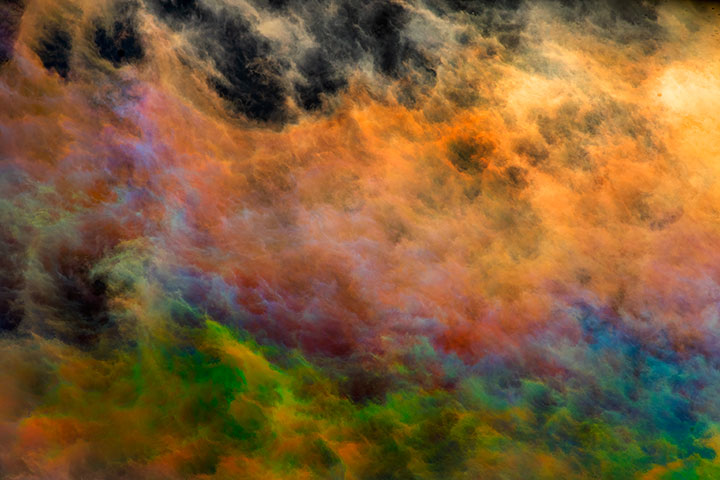