This is a good year for black bears in the valleys. Some years I see very few to none. This year, I have seen many. In particular, there is one bear in my neighbourhood that is easily recognized as an individual for it wears a blaze.

A blaze is a common feature in eastern North American (or so I am told), but here it is rare enough to bestow individuality. Although not the only bear seen, this blaze-wearing bear has been a sometime resident for two months.

As it searches for food around homes, it has evolved from favouring clover (a month ago) to feeding in cherry trees (now).

The black bear was about five metres up a cherry tree. It wore the blaze on its chest. This is distinctly unusual in this region. 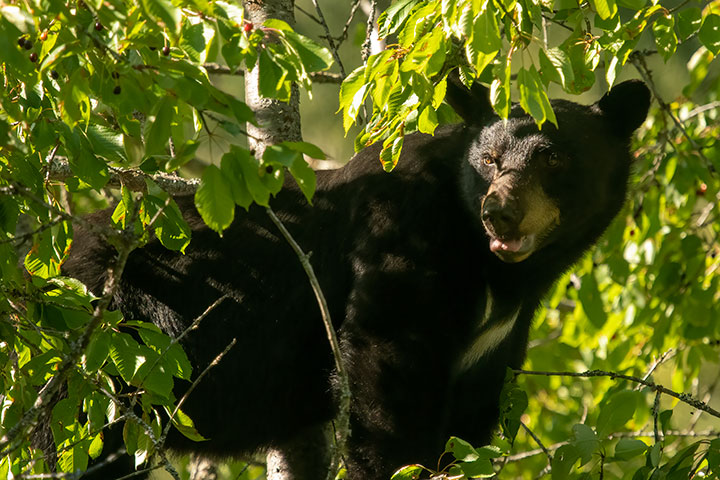 I watched the bear for a while, but towards the end it became uncomfortable with my presence and made a quiet huffing. (Huffing is a sound made by an apprehensive black bear. Huffing does not lead to an attack.) So, I drifted away and left it to eat cherries. 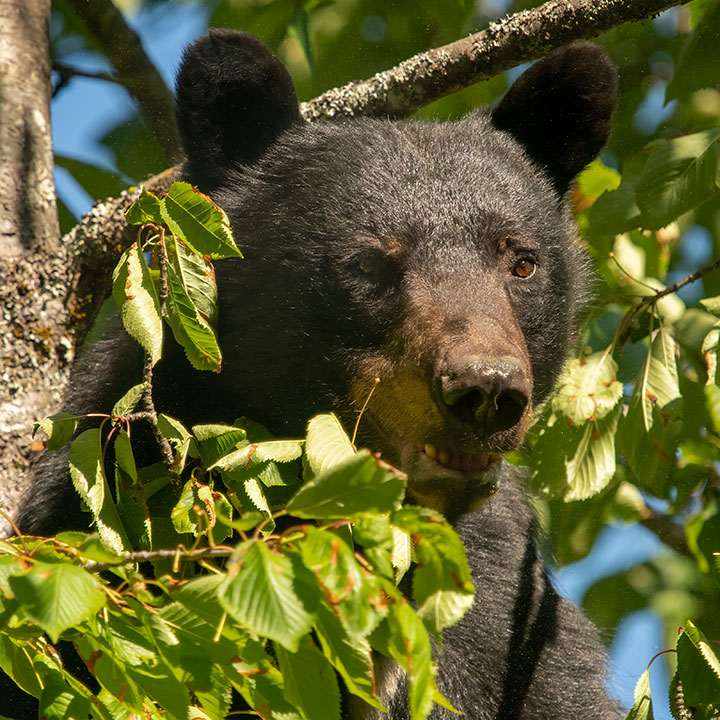