The butterflies were fighting.

This came as a surprise to me. I had always thought of butterflies as being cooperative and peaceful creatures, but it seems that they can have conflicts.

This fight went on for ten to 15 minutes. I chose only three pictures to show the fight which seemed to be all accomplished with the forelegs.

The Canadian is on the left with its proboscis busily extracting nutrients, when it was attacked by the Pale. 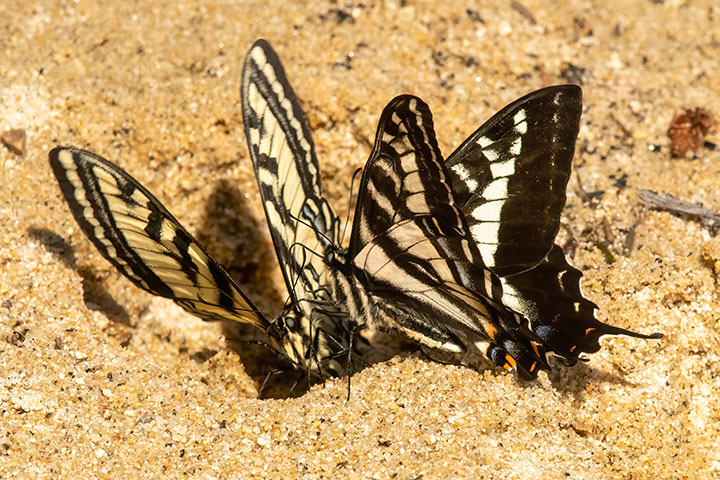 They have switched sides in this and a subsequent image. The Pale is attacking the Canadian, which continues to puddle. 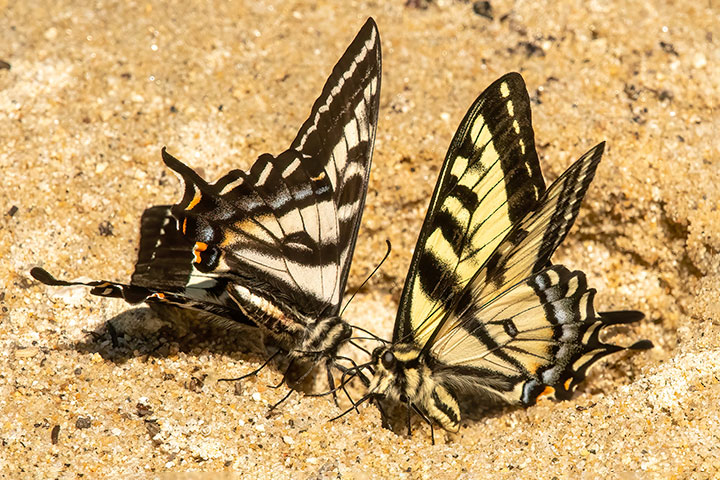 The Pale tries to push the Canadian from its position, but it persists in puddling. 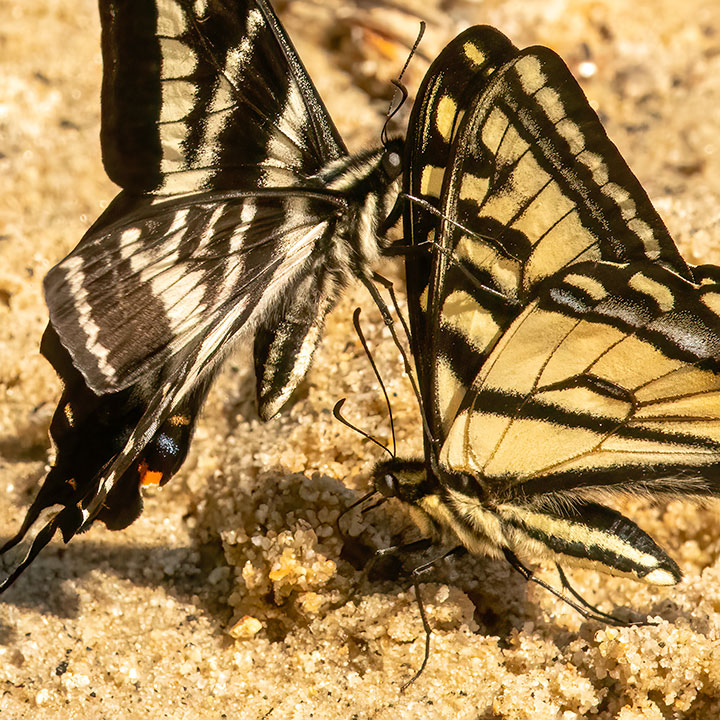