The ospreys have three chicks. And for the longest time, that was all there was to say. Then, a year-old eagle got involved and things quickly got interesting.

So, let’s start at the end. What was a juvenile eagle doing with its claws up as it falls from the sky? Photo by Cynthia Fraser. 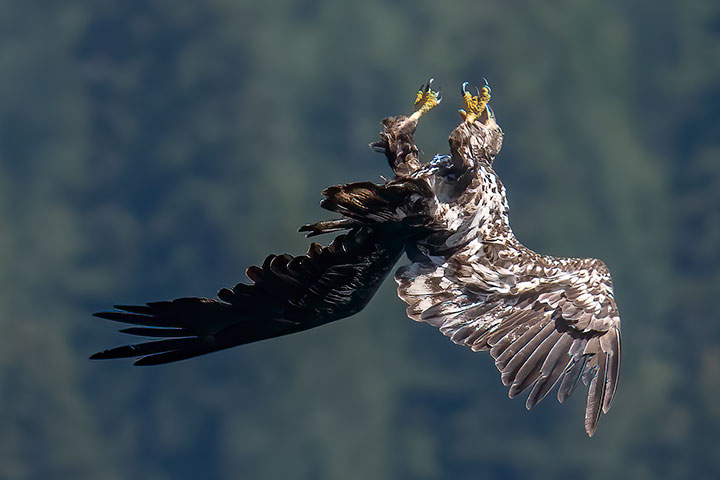 The day started with a visit to an Osprey nest with its three chicks. 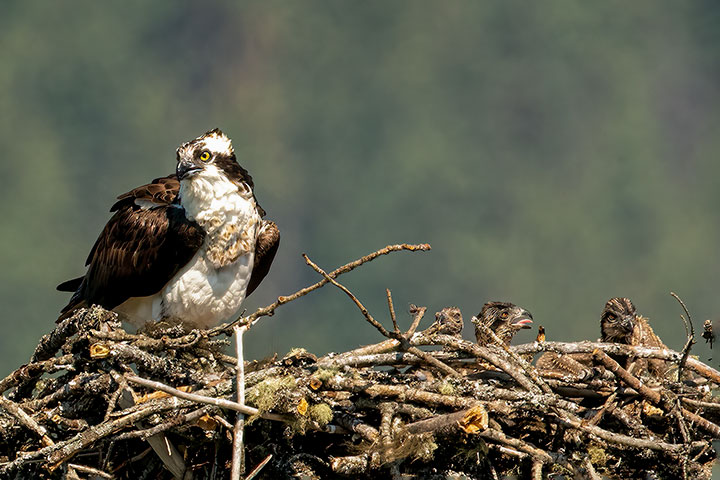 Nothing much happened, so we left to do other things. When we returned there were two adults (and one visible chick) in the nest. The adult on the right is the (larger) female. Still nothing was going on, so we left just before the time things got interesting. Apparently, a juvenile eagle then came by and attacked the nest, whereupon the female took to the air to defend the homestead. 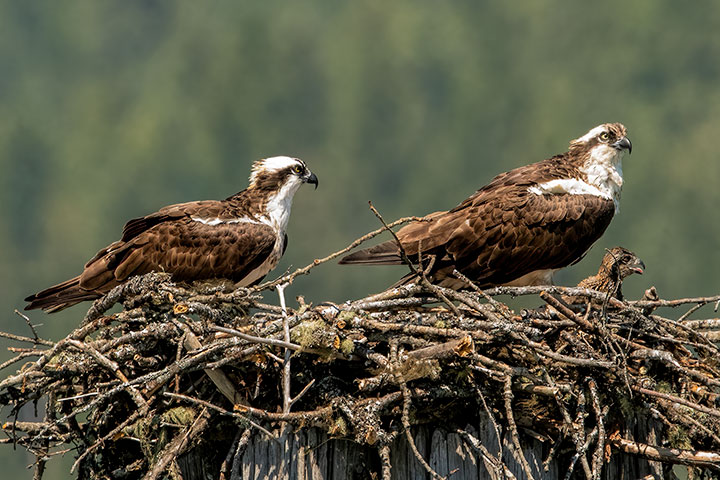 Now the osprey and the eagle were all over the sky with the eagle chasing the osprey. Here are the participants: the osprey, 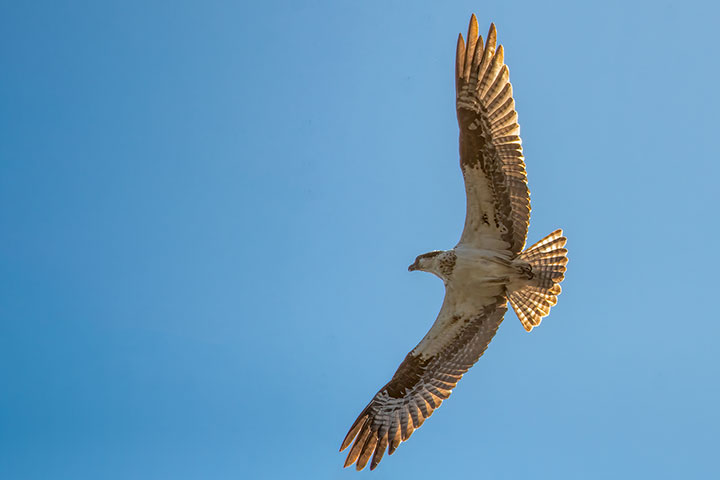 and the juvenile Bald Eagle. The chase went on for maybe ten minutes with the two of them rarely close enough to be in the same picture. 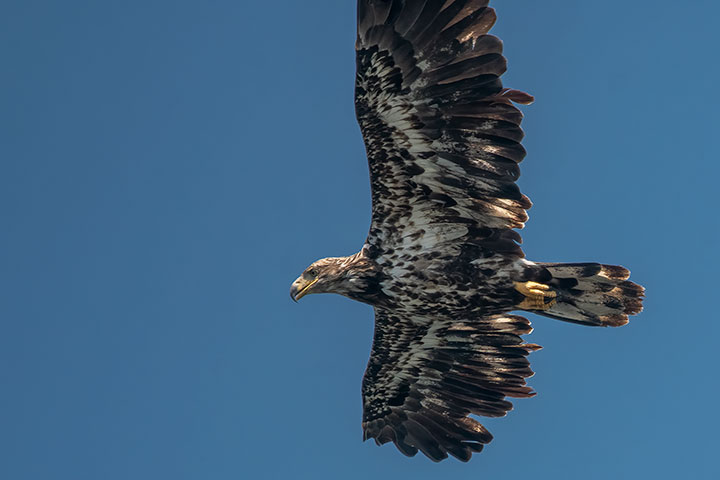 At one point, the eagle became aware that it was about to be attacked from above. 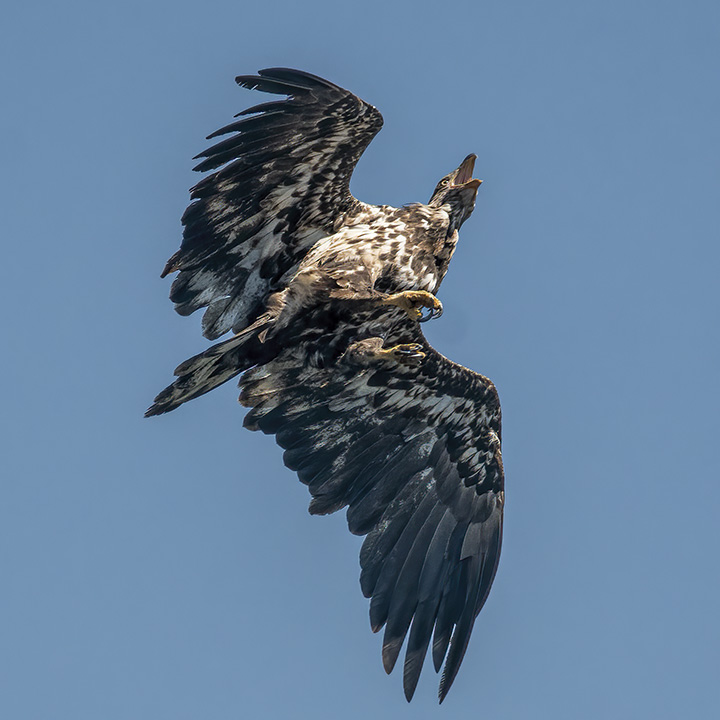 The osprey was diving on his back with its feet deployed. The eagle did a barrel role and brought its feet out to defend itself, but in that position it was falling. Near the lake, it righted itself and flew off, it having lost the battle with a smaller but more skilful bird. Photo by Cynthia Fraser. 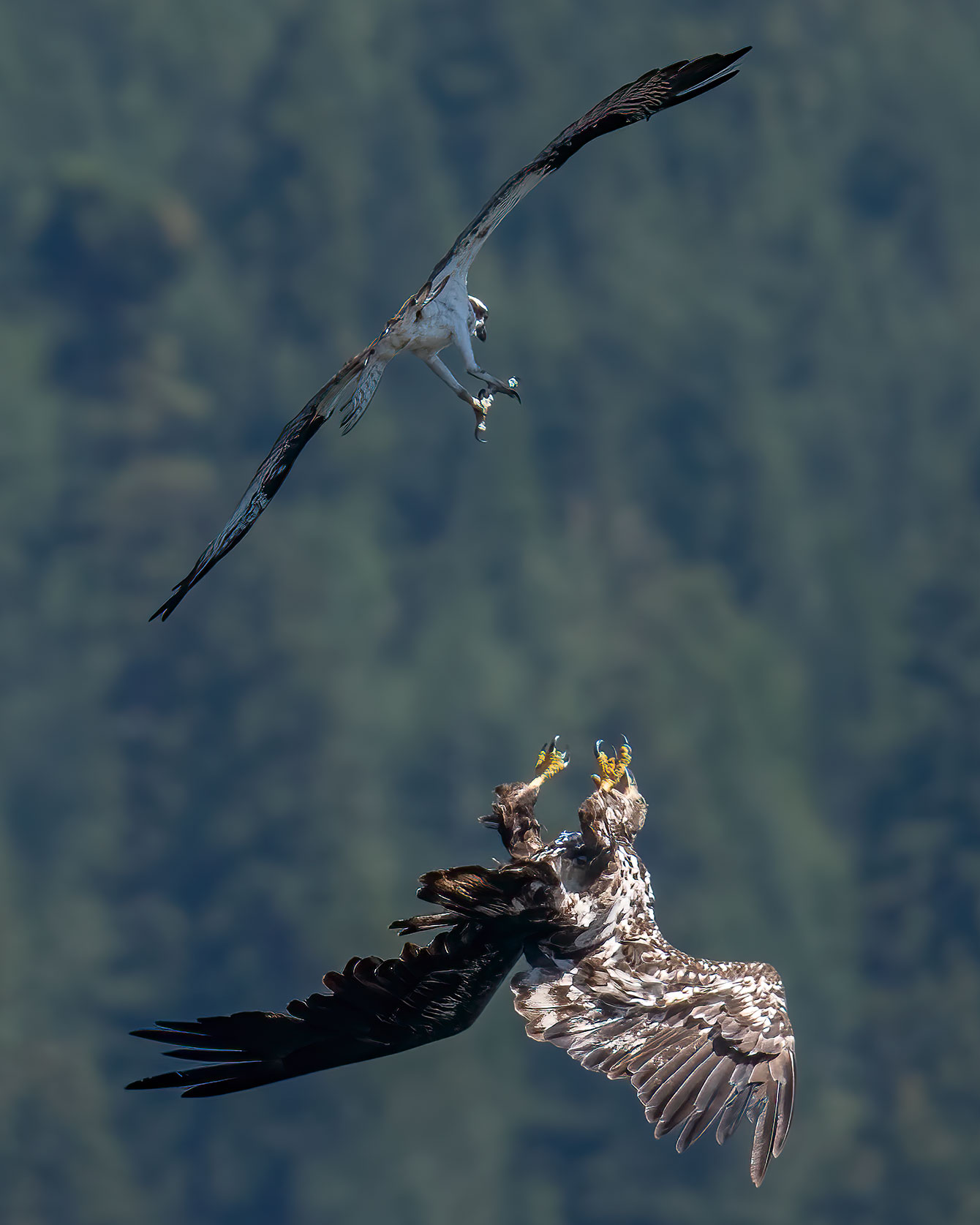 12 Responses to Osprey and eagle