In the southeastern portion of the province for a few months in the summertime, one gets a small population of a strange bird. A few Lewis’s Woodpeckers have arrived to breed.

The Lewis’s Woodpecker lives year-round in the southwestern US, but come summer, a small number head far north to breed here. In years of birding, I have only seen it here twice and on those occasions, it was high in trees a long way off. This year, I discovered a small population, and visited it repeatedly with my grandson, Finn. As before, it was high in trees and was significantly difficult to photograph.

Underscoring the oddness of this bird, All About Birds says: “The Lewis’s Woodpecker might have woodpecker in its name, but it forages like a flycatcher and flies like a crow. It has a color palette all its own, with a pink belly, gray collar, and dark green back unlike any other member of its family. From bare branches and posts, it grabs insects in midair, flying with slow and deep wingbeats.”

The adult Lewis’s Woodpecker has a pinkish face and belly. 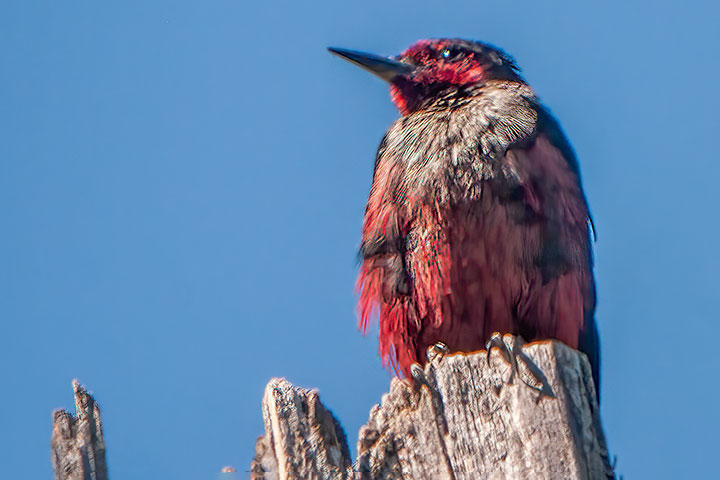 Its back and wings have a dark (greenish) sheen. There is a greyish band around its neck. 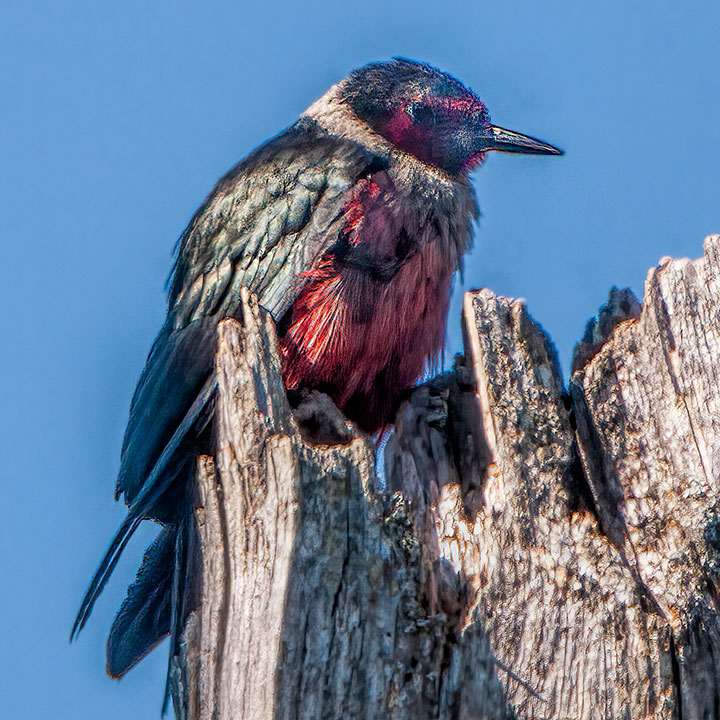 It would spend a great deal of time in snags, both flying out to catch bypassing insects and looking for insects in the wood. Picture by Finn Grathwol. 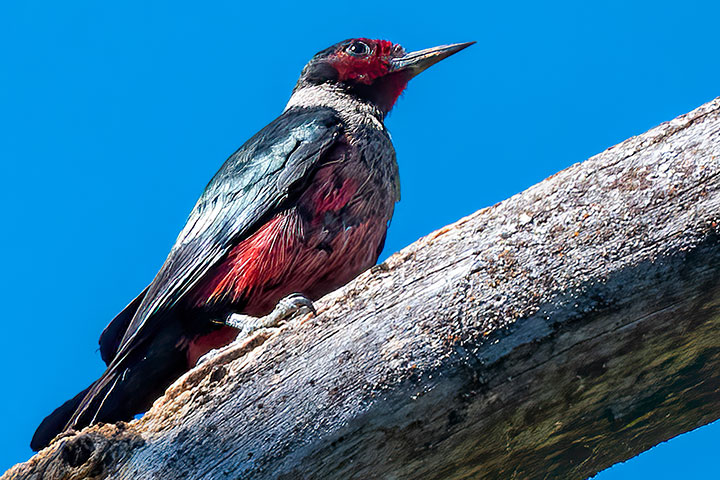 The reddish colour is missing from the juveniles. 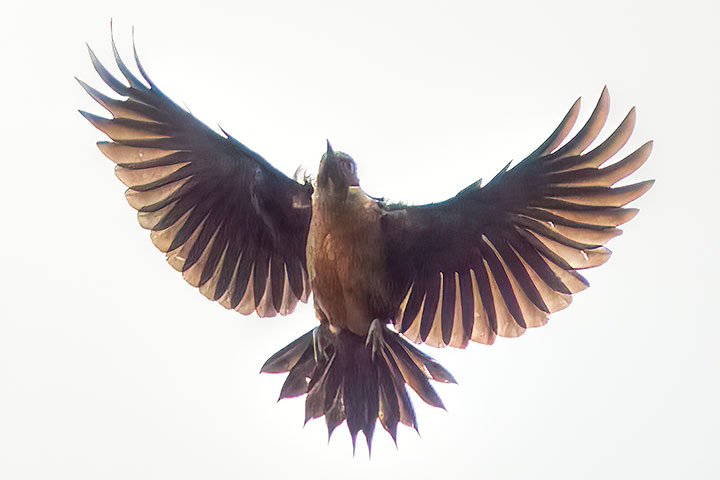 The most spectacular picture of it flying after insects was captured by Finn. 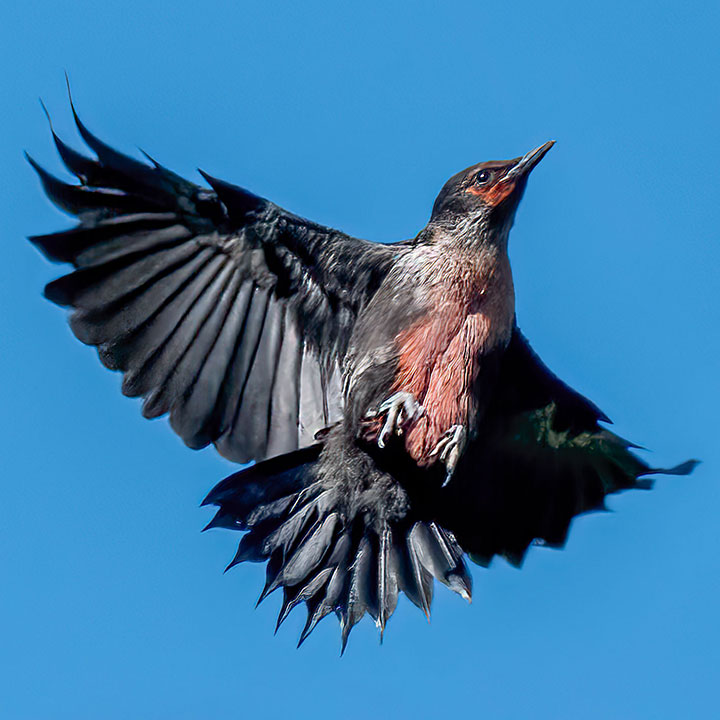