A cloudbow is just a rainbow formed by the much smaller droplets found in a cloud or a fog. It is as huge as a rainbow in that it spans nearly a quarter of the sky. But, it is nearly white with only a touch of colour.

Indeed in this case, it is the very small size of the fog drops that produces the lack of colour. As with the rainbow, light is refracted as it passes through each drop but diffraction causes the the light to spread out causing the different colours to overlap and mainly give a broad white bow.

The cloudbow in the picture has a variable intensity. As it formed in a thin fog, there are more droplets in the brighter upper portion than when looking down toward the water.

As this one formed over water (and was seen from a boat) there is an apparent reflection of the bow seen in the picture.

I took many pictures of portions of the bow, but in the end I particularly liked the exceedingly wide angle picture taken by my son, (also named) Alistair Fraser, and so show his shot. 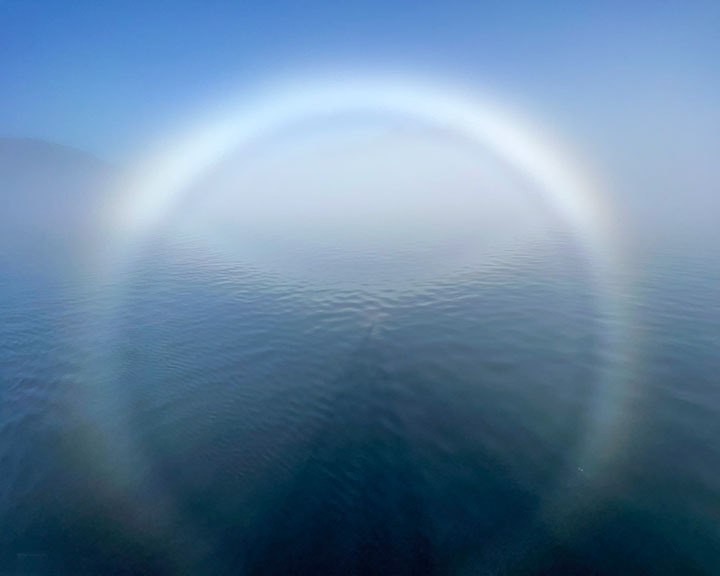