For much of the year, elk travel in herds of females and juveniles. Separately, males travel in smaller herds or as individuals. However come fall, a male will form a harem of perhaps a half-dozen to a score of females, and mate with each one.

I encountered a group of at least a half-dozen females, and one male. It was a little difficult to tell the number as they kept dipping in and out of the foliage.

It was twilight as I encountered the harem. The first view of the male was from the side. 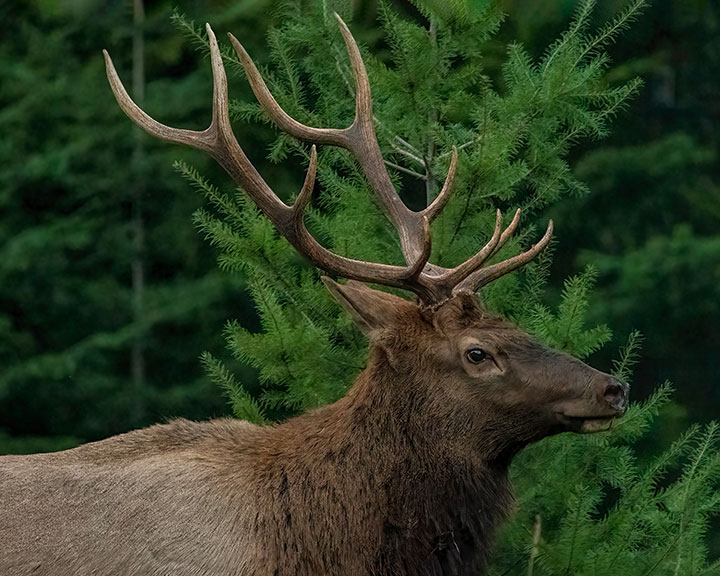 There were perhaps over a half-dozen females in this harem. 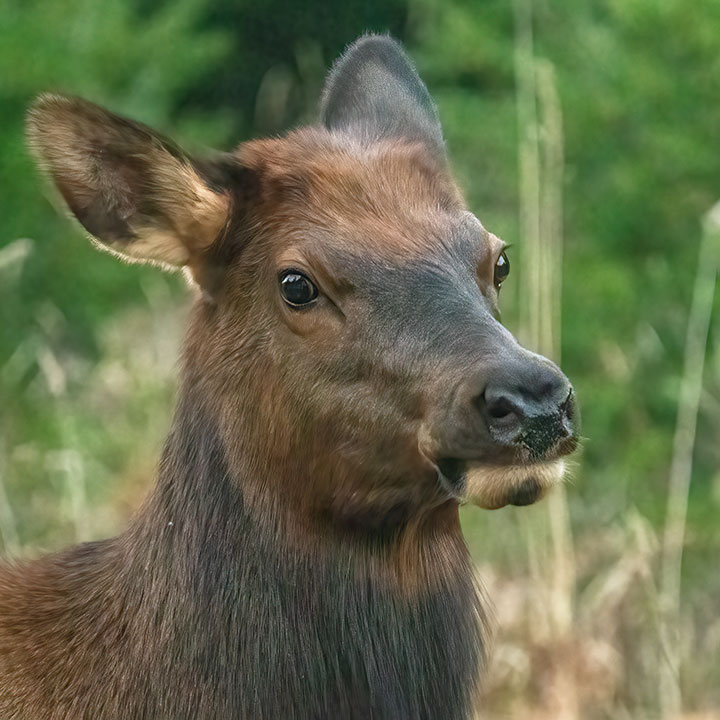 Here is some of a number of females hanging around in the harem. 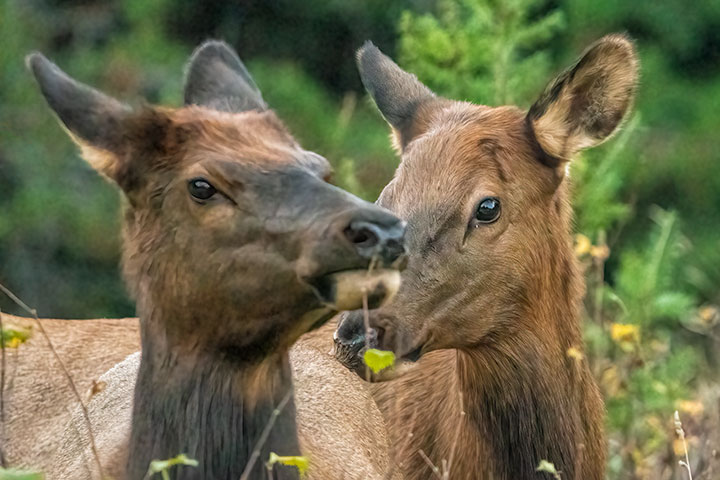 The male looks on. 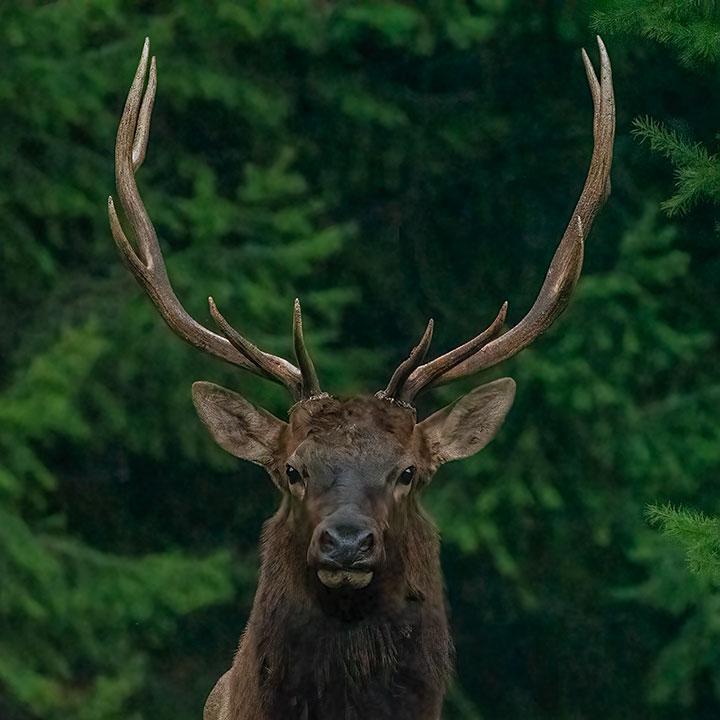